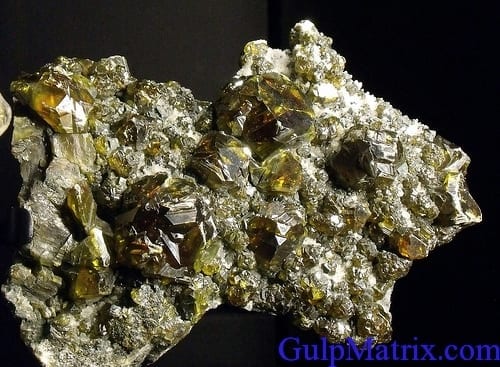 Zinc is a transition element but does not possess most on the characteristic features of other transition elements. For instance, it does not form colored ions; it has only one oxidation state, +2 and it is not used as a catalyst. However, it does form complexes. Its configuration is such that it has completely filled 3d orbitals even when it exists as an ion.

Zinc is a moderately reactive metal and does not occur free in nature. It is found mainly as zinc carbonate known as calamite and zinc sulphide(ZnS) known as Zinc blende. In Nigeria, zinc is found in Abakaliki, Ogoja and Taraba.

The ores of zinc are concentrated and roasted in air to produce zinc oxide. The oxide is then mixed with coke and heated to a temperature of about 1300*C in a fireclay retort to give zinc and carbon(II)oxide. The zinc produced distills over as vapour and then condenses into a liquid in a container. The carbon(II)oxide produced in the reaction also helps in the reduction of the zinc ores.

The zinc produced has traces of impurities such as cadmium, lead and iron. It is then purified by re-distillation or by electrolysis. In order to get granulated zinc, molten zinc is run into water.

Physical and Chemical Properties of Zinc

The physical properties of zinc are very important because it to a large extent, determines the use and application of zinc in manufacturing processes in industries.

(iii) Zinc is malleable and ductile between the temperatures of 100-150*C. it is brittle at room temperature and at temperatures above 200*C

(vi) It is a good conductor of heat and electricity.

(i) Zinc undergoes gradual oxidation to become coated with a layer of zinc oxide and zinc trioxocarbonate(IV). This oxidative process explains why zinc tarnishes on exposure to moist air.

(ii) It reacts with steam at red heat and liberated hydrogen in the process.

(iii) Can combine readily with non-metals such as phosphorus, the halogens and sulphur. However, it does not react with nitrogen.

(iv) This metal readily displaces hydrogen from dilute acids. Impurities such as arsenic or copper can greatly increase this reaction.

(v) It reacts with oxidizing acids such as tetraoxosulphate(VI) acid and trioxonitrate(V) acid to liberate sulphur(IV) oxide and nitrogen(II) oxide respectively.

(vi) Zinc reacts with alkalis to form a zincate(II) and hydrogen. 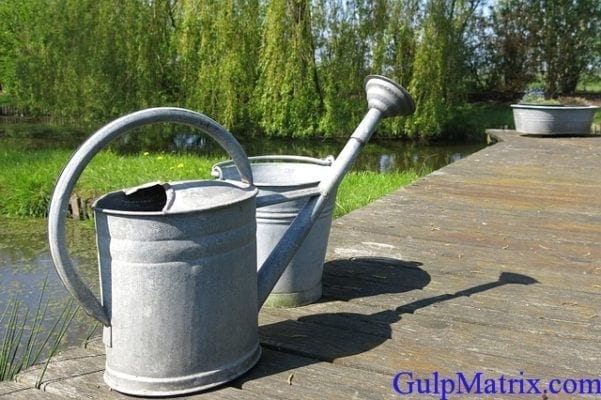 (i) Zinc is used in making dry cells, foil for packaging, lithographic plates.

(ii) It is also used as a reducing agent in many industrial processes.

(iii) It is commonly used in galvanizing iron and steel products to prevent rusting. This can be achieved via electrolysis or by dipping the article into molten zinc.

(iv) Zinc is used in making alloys such as brass(Cu+Zn), coinage bronze( Cu+Zn+Sn)

Note that Zinc galvanized vessels are not used in storing food because of the huge danger posed by zinc poisoning.