How does a Catalytic Converter work?

A catalytic converter makes use of it’s input pipe to collect hot hazardous fumes from the engine’s cylinder, since the input pipe is connected to the engine itself. while the output pipe, which is known to be connected to the exhaust releases vapor. There are always series of chemical reactions which takes place on the catalyst’s surface, whenever gases from the engine fumes blows over it, This chemical reaction breaks apart hazardous gases and converts them into gases that are neither hazardous nor poisonous to the society. 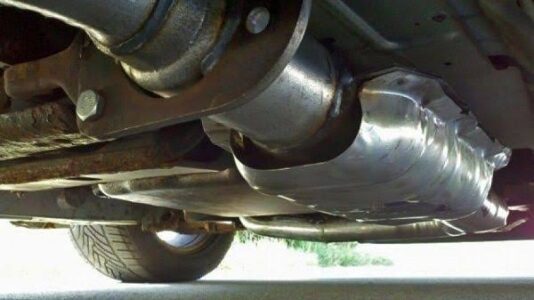 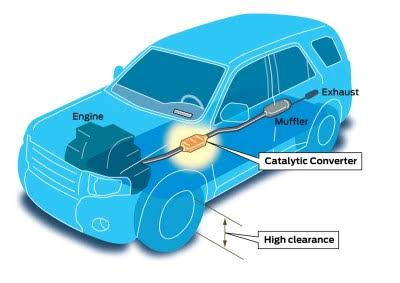 There are 2 types of the catalytic converter, which are namely:

The three-way type is a more advanced catalytic converter which does same thing which the two-way converter does, while also helping to reduce nitric oxide and nitrogen dioxide, which are both known as NOx(NOx is known to be one of the major cause of localized air pollution).

Do Diesel Engines Make Use of a Catalytic Converter?

Who was the inventor of the catalytic converter ?

The world owes it’s thanks to French chemical engineer, Eugene Houdry, who was born in the year 1892 and died in the year 1962. He made the first catalytic converter in the year 1950.

The rate of which this device is being stolen from cars is very high. This was after a report stated that there was a very high rate of catalytic converter theft back in the year, 2019. The reports also stated that the increase was 8 times larger than the previous year, 2018.

How much does it cost to replace if stolen ?

How do I prevent my catalytic converter from being stolen?

1) Stealing a catalytic converter is a very simple job and would take just few seconds of the thief’s time to steal it.

Below are few tips on how you can protect this device in your car.

1) Park your car near a fence or wall:

A thief can’t steal this device if you parked your car in such a way it prevents any access underneath, this is because the thief needs to slide under your vehicle in order to steal your converter. Parking your car near a wall or fence will help but be sure not to block pedestrian access.

2) Purchase a catalytic converter that comes with a serial number:

Some companies mark this device in their inventory with a special serial number, which helps them easily track the converter if it gets stolen. They also provide stickers for their customers which they encourage their customers to ensure they put the sticker on their car window as it would prevent thieves from stealing their converter since it can be easily tracked.

Whenever you visit the garage, ask them to help weld your bolts shut, has it will help make it difficult for the thieves to steal.

4) Install an alarm in your car

This is a great way to prevent thieves because your car alarm will scare them off.

Thieves wait for the perfect time to strike and if you parked your car in a place that is not well – lightened will increase the chances of you losing your converter, so ensure you park at a well – lightened and secured environment.