You Are Here: Home » The Working Principle of a Ballistic Galvanometer 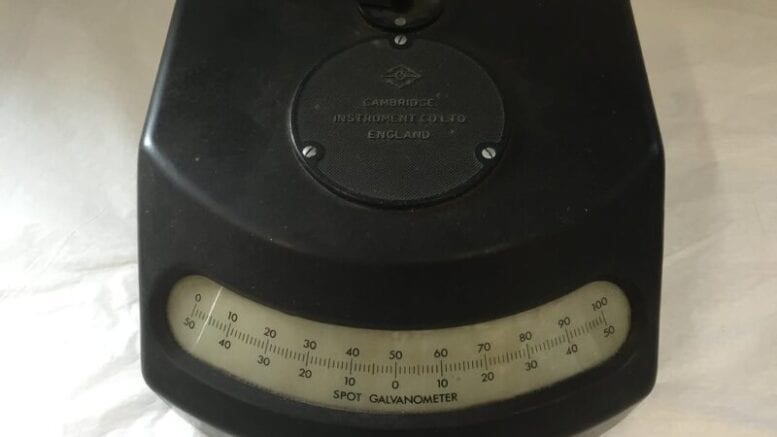 The charge which flows round a given circuit is directly proportional to the change of flux linkage. If the charge flowing is measured by a ballistic galvanometer G, then we have a measure of the change in flux linkage, ɸ.

Ballistics is the study of the motion of a body, such as a projectile, which is set off by a blow, and then allowed to move freely. By freely, we mean without friction. A ballistic galvanometer is one used to measure an electrical blow, or impulse: for example, the charge Q which circulates when a capacitor is discharged through it. A galvanometer which is intended to be used ballistically has a heavier coil than one which is not; and it has as little damping as possible —- an insulating former, no short-circuited turns, no shunt. The mass of its coil makes it swing slowly; for instance, when a capacitor is discharged, and the charge has finished circulating, while the galvanometer coil is just beginning to turn. The galvanometer coil continues to turn however; and as it does so it twists the suspension. The coil stops turning when its kinetic energy, which it gained from the forces set up by the current, has been converted into potential energy of the suspending fibre. The coil the swings back, as the suspension untwists itself, and it continues to swing back and forth for some time. Eventually it comes to rest, but only because of the damping due to the viscosity of the air, and to the internal friction of the fibre. Theory shows that, if the damping is negligible, the first deflection of the galvanometer is proportional to the quantity of electricity, Q,  that pass through its coil, as it began to move. This first deflection Ɵ is often called the ‘throw’ of  the galvanometer; we have then,

Where k is a constant of the galvanometer.

The equation above is true only if all the energy given to the coil is spent in twisting the suspension. If an appreciable amount of energy is used to overcome damping ‑‑‑‑i.e dissipated as heat by eddy currents —then the galvanometer is not ballistic, and Ɵ is not proportional to Q.

To calibrate the ballistic galvanometer, a capacitor of known capacitance, e.g. 2 µF, is charged by a battery of known e.m.f., e.g. 50 volt, and ten discharged through the instrument. Suppose the deflection is 200 divisions. The charge Q=CV = 100 microcoulomb, and thus the galvanometer sensitivity is 2 divisions per microcoulomb.

The Working Principle of a Ballistic Galvanometer 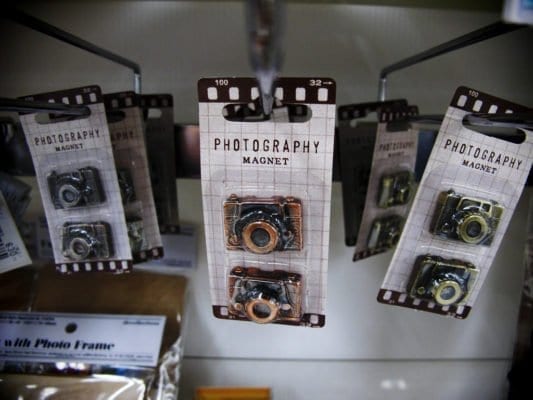 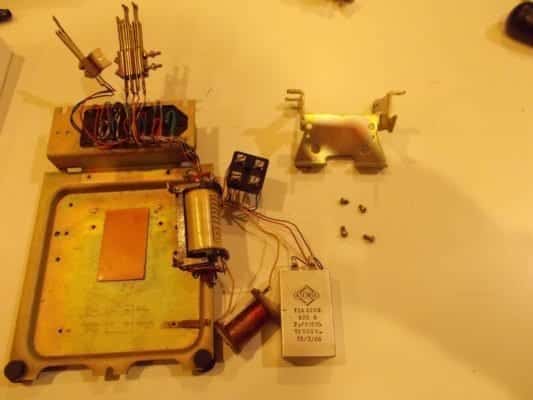 Physics Mechanism and Application of the Induction Coil
0