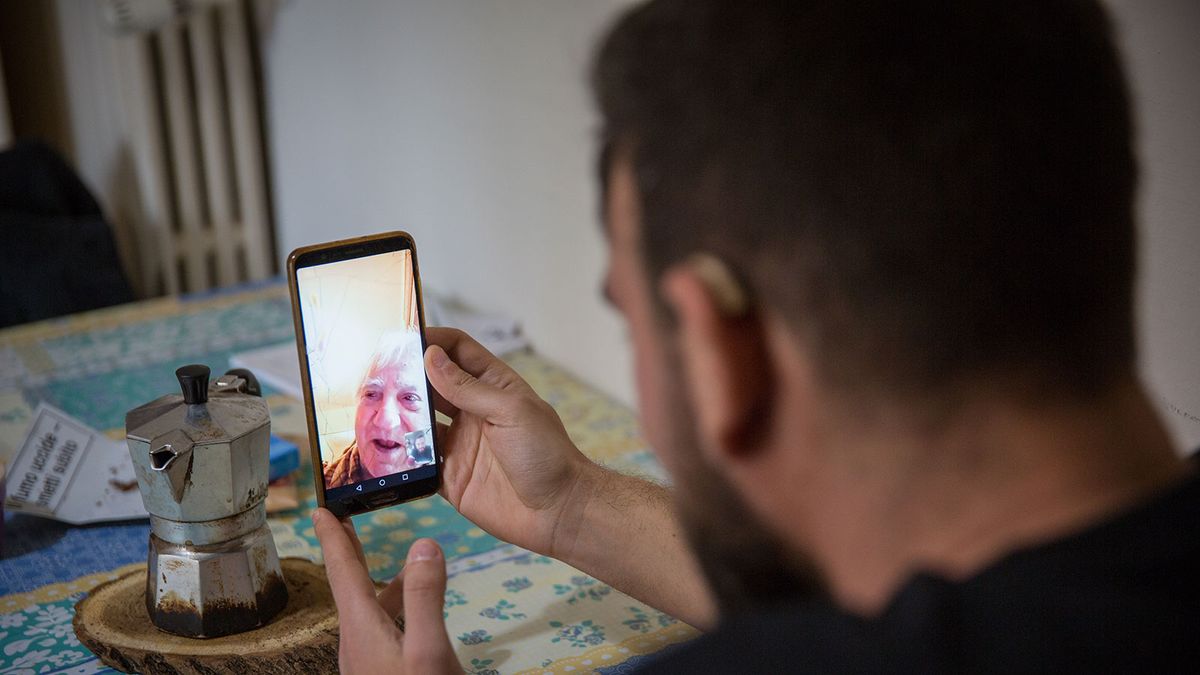 In the United States, texting via the app or software that comes loaded with your phone is the usual way for people to stay in touch with friends and family. This is called SMS (abbreviation for Short Message Service) texting. Throughout most of the rest of the world, however, people use a separate third-party app.

The biggest one of these is WhatsApp. Since its launch in 2009, it has remained the texting app of choice in countries as diverse as Spain, South Africa, Brazil and India, with penetration rates of over 50 percent to over 90 percent of mobile phone users. (In the U.S., just 12 percent of mobile phone users had downloaded WhatsApp, according to Statista.) In all, more than 2 billion people in 180 countries have used WhatsApp to text, send audio clips, and make audio and video calls. That enormous user base made it an irresistible target for Facebook, which purchased WhatsApp in 2014 for a mind-warping $19 billion.

It’s certainly not the only messaging app around. Others, like WeChat (over 1 billion users in China), Viber (big in Eastern Europe), Facebook Messenger (North America’s favorite) and others are all vying for the same users. These messaging apps aren’t just child’s play. Some experts believe they will overtake social media giants like Facebook and Twitter in the next few years as a means for communicating with others.

The Appeal of Text MessagingApps

So why does the rest of the world favor these apps over using SMS?

“Free, unlimited SMS messaging is more common in the U.S. than many other countries and that has limited the need for over the top mobile messaging apps like WhatsApp that can offer consumers a cheaper alternative to regular mobile services,” says eMarketer principal analyst Jasmine Enberg via email. “iPhones are also more commonly used in the U.S. than most countries worldwide, so the widespread use of iMessage has also held back WhatsApp adoption. In short, there has been less need for an app like WhatsApp in the U.S. than in the rest of the world.”

WhatsApp has several characteristics that help explain its widespread appeal. For one, it’s free, and unlike so many other apps, it doesn’t have ads, nor do you have to log in to an associated social media account to use it. The app identifies users through their phone numbers, so after you install the app, your phone contacts become your WhatsApp contacts, without extra steps like asking for your friends’ usernames or info.

In the U.S., carriers often include text messages as part of a flat monthly fee, but in other places, like Europe, cell phone carriers often charge per-text fees that can quickly add up – meaning messaging apps can help users save a bundle on their cell phone bills.

The fact that WhatsApp is an independent, freestanding app is also to its advantage.

“OTT (over-the-top) messaging apps that aren’t linked to an operating system, like WhatsApp, also allow smartphone users with different operating systems to message each other using mobile data or WiFi, which can bring down mobile service costs and allow users to communicate when there is no cell signal,” says Enberg. “That also enables smartphone users in different countries to message each other without incurring additional international charges.”

Of course, it’s still possible to accumulate obscene data charges using WhatsApp. If you video chat or send huge files via your cell signal instead of WiFi, you could be in for a surprise when you see your phone bill.

WhatsApp, WeChat, Viber, and other apps are superior to SMS with regard to the kinds of messages you can send. There are no limits on the number of characters in your messages, and of course, you can make voice and video calls, even internationally, for free. You can also attach documents of all kinds, as well as video and audio clips. And if your cell phone service is cut off because you haven’t paid the bill, you can still communicate with people if you’re near a WiFi hot spot.

Notably, WhatsApp also uses strong end-to-end encryption which ensures that your messages are confidential and fairly secure. (Your typical SMS message is not encrypted.) Many experts have lauded the app’s commitment to privacy. Government agencies, however, say the app makes it easier for criminals and terrorists to communicate their wretched plans with one another without getting caught.

Security issues aside, it remains to be seen whether WhatsApp will retain its huge lead on other messaging competitors. The company has unveiled a business version (for which it charges subscription fees), which will undoubtedly grow the app’s footprint. But the fact that WhatsApp is owned by Facebook has rubbed some privacy-focused users the wrong way, and they’ve continued their search for alternatives. These apps have names like Telegram and Threema.