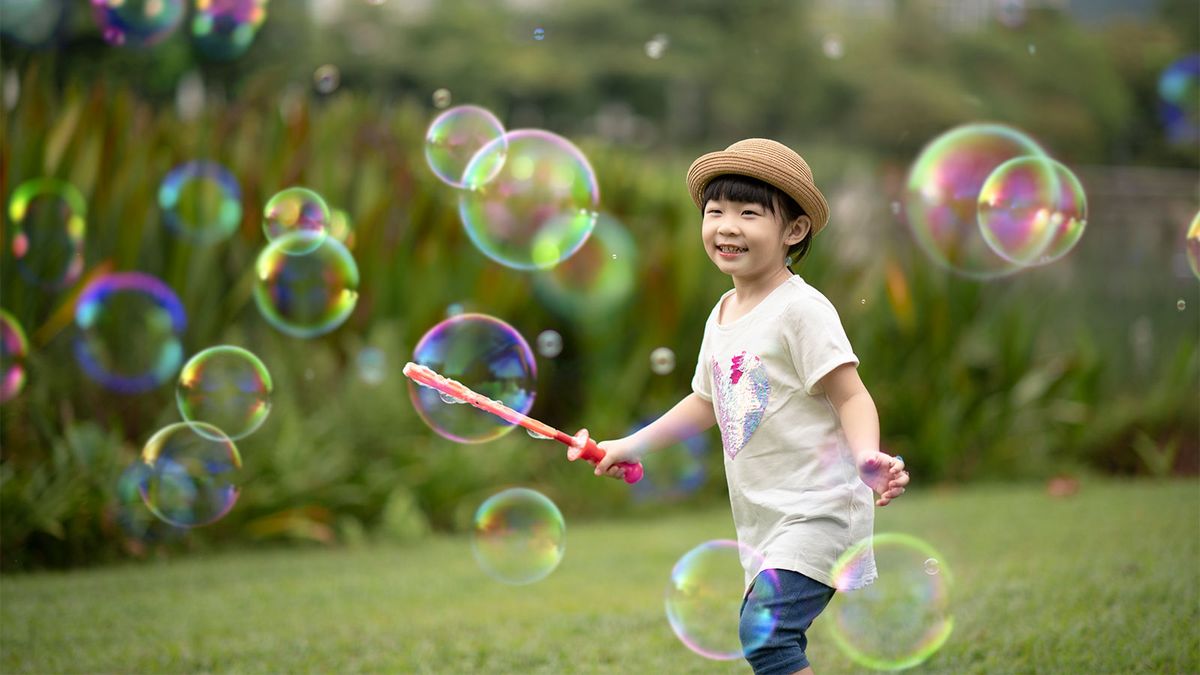 For generations, bubbles have sparked the curiosity and imagination of children and adults alike. It’s why bath time mascot Mr. Bubble has been a sudsy family favorite since 1961 — people love bubbles. They love to blow them, pop them and fit inside them. Bubbles aren’t just for entertainment; they are the crisp effervescence in our sodas and sparkling water, and some doctors are even using microscopic bubbles to deliver medicine more effectively. Whether for entertainment or scientific study, scientists have been turning their attention to why bubbles pop.

For many years, it was believed that bubbles popped because of gravity. When a hole is poked in a bubble, the hole expands over time, and the bubble collapses. Because the hole wasn’t growing as fast as the bubble was shrinking, scientists chalked it up to gravity.

Other studies suggest that surface tension, not gravity, ultimately results in a bubble’s demise. The pressure inside a bubble is greater than the pressure outside of the bubble. When a hole is poked in a bubble, the pressure equalizes. Because surface tension always wants to minimize the surface area of its molecules, the bubble shrinks and flattens. The sides and base of a bubble are thicker than the top, so when the bubble collapses, the top sinks down faster, which is why it looked like gravity was forcing the bubble to collapse.

To understand why bubbles form — and why they pop — you need to understand surface tension. Surface tension is the tendency of molecules on a liquid’s surface (the ones closest to air) to form stronger bonds. Water alone cannot sustain bubbles. You need something else — like soap. Soap molecules have a long hydrocarbon chain. One part of the chain really likes water (hydrophilia), but the other side repels water (hydrophobia).

Molecules that don’t like water push their way past the water molecules and poke their little hydrophobic ends out of the water. The ends that do like the water stay put. What happens is that the soap molecules create a sandwich around the water molecules. This sandwich is what makes a soapy film, thus weakening the surface tension of the liquid. Because the film is produced by soap molecules squeezing their way between water molecules, the film is elastic. When you blow air into soapy water, it gets trapped inside the greasy film that is stretchy enough to encase the air and thus forms — you guessed it — a bubble!

So, What Makes a Bubble Pop?

There are two primary reasons a bubble will pop. First, because it gets poked, as we mentioned above. When a bubble is poked, a hole forms and surface tension causes the molecules to shrink so quickly that the bubble flattens or bursts and the water escapes as tiny droplets.

The second reason a bubble pops is because its water evaporates. Because the film around bubbles contains water, it will evaporate over time. Suppose a bubble manages to escape the pursuit of a stick-wielding child. In that case, it will eventually pop once the water evaporates, i.e., it turns into a gas and breaks those molecular bonds that create the surface tension. The more viscous a solution, the longer it takes for water to evaporate. Water also evaporates faster when the air temperature is higher, so bubbles pop more quickly on a warm day than on a cooler one.