You Are Here: Home » What's the Difference Between Restarting and Shutting Down My Computer? 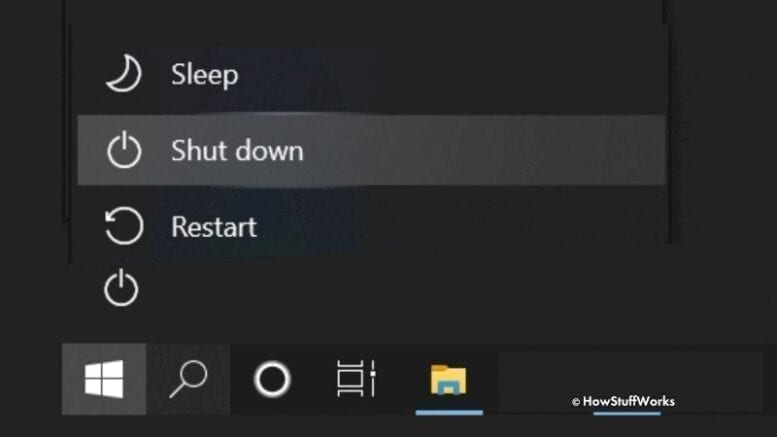 If, like most of us, you use a computer that runs Microsoft Windows, you probably already know that the Start menu gives you two ways to shut down your computer’s operations. You can click Shut Down, which basically does what the name describes. There’s also the option of Restart, which shuts down your computer for a moment, but then starts it up again.

But aside from the fact that the computer doesn’t come back on again after you click Shut Down, in recent versions of the Windows operating system, there’s actually another important difference between the two options, according to software experts. They don’t shut down your computer in exactly the same way, and they should be used in different situations.

What ‘Shut Down’ Does

In older versions of Windows, Restart and Shut Down did the same thing, closing down programs and powering off the machine. But in Windows 8 and 10, that changed because of a new feature called Fast Startup, which is designed to eliminate what used to be that irritatingly long process of getting your PC up and running.

“By default, Windows 10 enables the Fast Startup option when a user clicks Shut Down, ” explains Rob Tidrow, the chief operations officer of Richmond Community Schools in Richmond, Indiana, and co-editor of the reference manual “Windows 10 Bible.” (He’s also written numerous other how-to books on software and technology.) “This option allows Windows 10 to start up faster the next time a user starts Windows. The downside to this option is that not all processes are disabled from the previous session.

READ MORE:  11 Tips on How to Revive and Revitalize Your Old Laptops

With Shut Down, Windows 10 shuts down all programs and files you have open, but doesn’t shut off the Windows kernel – that is, the core of the operating system, which enables the software and the hardware to work together, Tidrow says. “The Windows kernel is saved to disk, similar to when you put your computer to hibernation mode, so that the kernel is ready to boot up quickly the next time.”

While Shut Down and Fast Startup might seem way more convenient, there’s one catch. “If there is something fouled up with a hardware driver or similar, the Shut Down process does not clear that out,” Tidrow says.

Restart, in contrast, actually does shut down all of the computer’s processes, including the kernel, according to Tidrow. That means you get a totally clean start when the computer boots up again, though it takes longer to get everything running.

“Restart should be used when installing updates/software and to resolve any errors,” Microsoft, the operating system’s maker, explained in an email. Some software installations and updates actually require you to use Restart to finish the process. If your computer has frozen or is giving off some other error, you should use Restart rather than Shut Down, even though it may seem to you that Shut Down would be a more complete option.

There are several ways to trigger a restart, explains Derek Meister via email. He’s an agent for Geek Squad, a tech support and repair service provided by retail consumer electronics and appliance chain Best Buy. Besides using the Start Menu, you can hold down the CTRL+ALT+DELETE keys, click one of the icons on the Lock Screen. And if you’re nostalgic for the pre-Windows days, you can pull up the old-school Command Prompt and type shutdown/r.

He adds that it’s also possible to disable Fast Startup in your computer’s power settings, so that you when you shut down the computer, it will clear everything.

So, what about the term Reboot? “For most people, Reboot and Restart mean the same thing. The primary difference with most computers, and Windows 10 (and 8) is that a reboot typically involves the system being shut down to the point where the motherboard [the main printed circuit board which allows communication between electronic components] will have to run its initial boot loading process as if you’ve turned the computer on from being completely powered off,” says Meister. “Restarting, however, involves the operating system shutting itself down to the point where Windows will reload, but typically does not go the extra step of having to go through the motherboard boot loading process.”

If you use the Mac operating system instead of Windows, it has similar options. Use Restart if your computer starts acting strangely, for instance your pointer freezes on the screen or you’ve added new software. Use Shut Down when you’re closing down your computer for a while.

All this might lead to another question: Should you turn off your computer in the first place? After all, it’s possible to put it in Sleep mode, so that all your software programs and files are ready for you to use immediately, whenever you awaken the computer.

One drawback of Sleep mode, though, is that the computer still uses at least some electricity. According to a 2016 report by the Natural Resources Defense Council, electronic devices that are inactive but still drawing power — for example, computers left in sleep mode — consume electricity equivalent to the output of 50 500-megawatt power plants, and add $165 a year to the typical household’s electric bill.

Meister advises using Sleep mode in moderation. “It’s OK to let your system go to sleep during a workday when you don’t intend to be gone for long periods of time, like going to lunch, class or a meeting,” he says. “If it’s the end of the day, or you’ll be commuting with your laptop, or will simply be away for a few hours, it’s best to go ahead and use the Shut Down feature.”

How to Defrost Your Window in Seconds with Isopropyl

Be the first to comment on "What's the Difference Between Restarting and Shutting Down My Computer?" 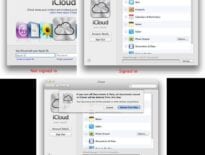 Software How to Get Apple Reminders on Windows 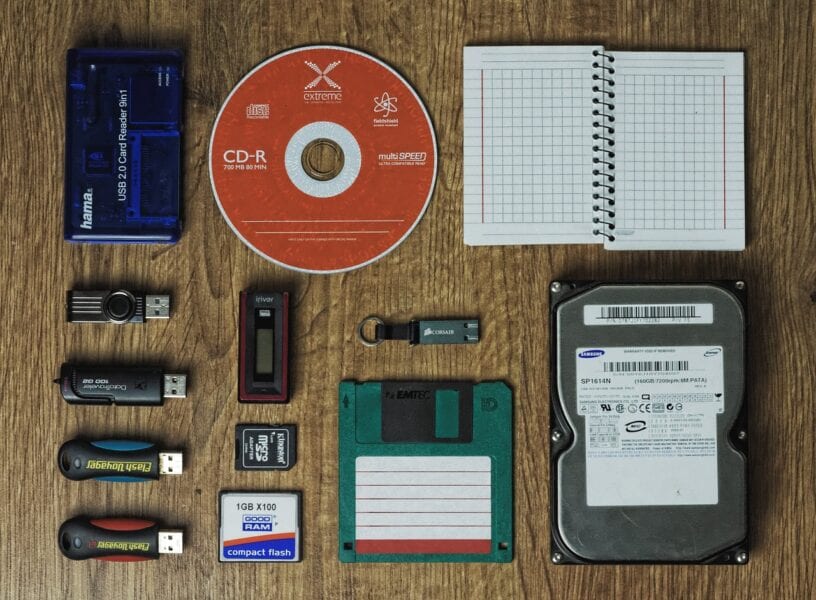 Computers The Evolving Trends and Importance of Data Storage…
0