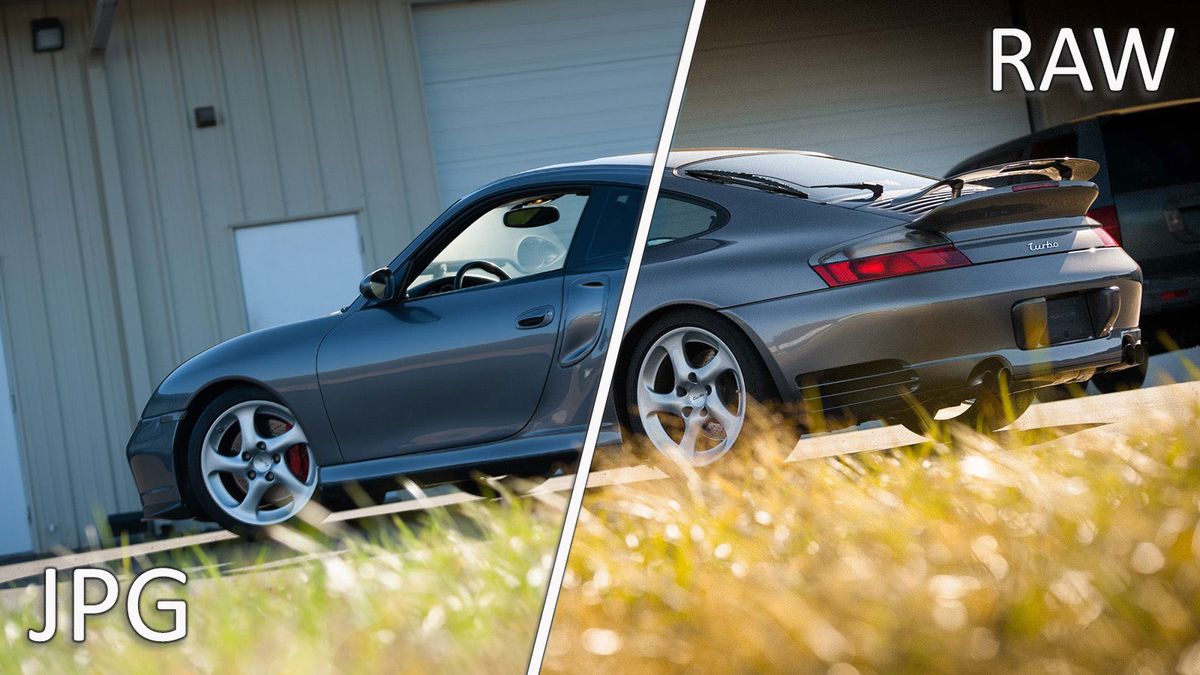 Raw shooting capability used to be reserved for expensive professional DSLR cameras. Nowadays, many mirrorless cameras (those without a reflex mirror), point-and-shoots and even smartphones can record raw photos, but the literature explaining their characteristics can be lacking. This may lead people to stick with JPEG to avoid confusion or to shoot raw formats without knowing how to use them to their full potential. Let’s find out the differences between raw and compressed image files, with visual examples. We’ll also give you reasons why you may (or may not) want to consider using raw formats in your photography.

What are JPEG and Raw Formats?

In all likelihood, you’ve seen multiple JPEG (aka JPG) files today, even on this webpage alone. If someone emails or texts you a photo, it is most likely in JPEG format (you can tell because the photo name is followed by the format name, for instance, “babyphoto.jpg.”) It’s the most popular compressed image format and has become a universal standard in nearly every photo-capable program and web browser on Earth. Shooting JPEG images with your camera is incredibly convenient because you can simply import the photo to your computer, drop it into a presentation or post it to social media without worrying that it will be incompatible or take up too much file space.

However, a JPEG’s strength as a compressed format can also be a weakness. There’s a whole wealth of light and color data that is picked up by your camera’s image sensor, but must be “thrown away” during the file compression process. So, raw formats were created as a way to put all that unprocessed data into the hands of photographers.

“Raw data is just that; cameras all shoot with raw data, and then they form it into actual images which are then saved as JPEGs,” says longtime photographer and camera reviewer Ken Rockwell.

Many peoples’ first experience with raw photos was with the Nikon D1 camera, released in 1999. “That was the world’s first practical DSLR,” says Rockwell. “Earlier ones were exotic science experiments.”

With that camera, Nikon introduced the NEF raw format, which it continues to use to this day. Most other camera companies have their own file types, but Adobe has also created the Digital Negative (DNG) in an attempt to make a standardized raw format. Most other types of raws can be converted to DNG with minimal data loss.

To use raw photos to their full potential, you’ll have to process, edit and compress them using software such as Adobe Lightroom. After that, they can be imported and shared like any other photo. RawTherapee is also available as a free solution for image processing. With the raw files in your software of choice, you can make tweaks to the exposure, white balance and color data without degrading the base image quality. It’s through this editing that the differences between raw and JPEG really become apparent.

To demonstrate how the two formats hold up to processing, I’ve taken otherwise identical images in both JPEG and raw, at several different exposure values. Let’s start with an image that my Nikon’s light meter considers to be at “correct” exposure.

With no editing added, the two images look nearly identical. The raw just seems slightly brighter, with more vibrant colors. That difference hints at the extra data hidden within the file. Zoomed in, you can also see an optical flaw called color fringing on the edges of the Polaroid, which the camera automatically removes during JPEG processing. This however can be easily corrected in Lightroom. Now, let’s see what happens when the image is about two stops underexposed.

Our original photo here looks quite dark, but details can still be made out. After editing, the raw file looks very close to our correctly exposed image. The JPEG can also pull a surprising amount of data from the shadows, but the colors begin to look really washed out, and fiddling around with saturation sliders won’t really bring them back to a natural tone. So how will an image that is very badly underexposed fare?

READ MORE:  Do People and Bananas Really Share 50 Percent of the Same DNA?

At five-plus stops under, the photo appears nearly pitch black. After maxing out the exposure slider and adding some chroma noise reduction, the raw copy is not pretty, but you can still tell exactly what is in the shot. The JPEG does not make anything resembling a usable image, with only the brightest highlights being visible at all. When it comes to shadow detail, the data simply isn’t there. Ugly color artifacts are also present all throughout the frame. We can see similar effects when the image is overexposed.

While digital sensors aren’t great at retaining highlight details, the Nikon raw can decently handle one stop of overexposure, bringing the image close to a natural look. The JPEG’s corrected highlights instead have a nasty burned-in appearance and the image shifts to a sickly green tone overall.

One of the most useful features of raw editing is the ability to adjust white balance without affecting underlying color values. If color temperature is mistakenly set incorrectly during shooting, it can be corrected without fault, whereas this white balance value is baked into the JPEG image. Some correction can be performed, but the drastic shift in our photo puts a blue tinge in the highlights that never fully goes away.

In real-world photography, images might contain both over- and underexposed elements, along with unwanted color shifts. All of these imperfections will compound on one another when trying to edit JPEG files. Also be aware that every camera’s raw format will respond differently to processing.

“Every maker’s raw data is quite different. Even one camera model to the next can be quite different,” says Rockwell. “I found the Leica M9 DNGs to have a huge amount of highlights I could recover, while the M240 was much worse.” Smaller sensors like those in compact cameras and smartphones will typically have less flexible raws to work with.

Should You Shoot Raw?

It depends. Raw photos give great flexibility in image processing, but also require that processing every single time. If you have complete confidence in your ability to get exposure correct, and have no desire to do creative editing, then raw formats won’t provide much of an advantage. As we’ve seen in our example images, slight correction of JPEGs is still possible without major degradation.

One big drawback to raw is the file size. Raw photos, with that extra data, might be two to six times the file size of their JPEG counterparts. In the compressed format, you can fit many more images in the same storage space. Many professional news and sports shooters make a conscious decision to stick with JPEGs, since they may have to churn out thousands of images in a single day. They care about realistic color rendering more than artsy filters.

“Saving the raw data to process later (‘shooting raw’) never made any sense to me as an active shooter; it’s just postponing all the processing to do later in software rather than in real time for free in the hardware of the camera,” says Rockwell. “It all depends on one’s ability to shoot well in the first place rather than having to play Monday morning quarterback. The slowdown in huge data management just gets in the way of day-to-day pro shooting. Raw may be nice if you shoot less than 100 frames every day, but I shoot more than that.”

Still, if you have to photograph in changing and often unfavorable lighting conditions, then the advantages of raw files are fairly obvious, especially with a large image sensor. Luckily, many cameras have the ability to record raw and compressed versions of a photo at the same time. This is the best of both worlds, giving the photographer a JPEG file that can be published quickly, along with the option to take more time and apply heavy editing if needed. Finding the look you want in your photos is an experimental process, and raw formats are a great tool to keep in your arsenal when pursuing that perfect look.