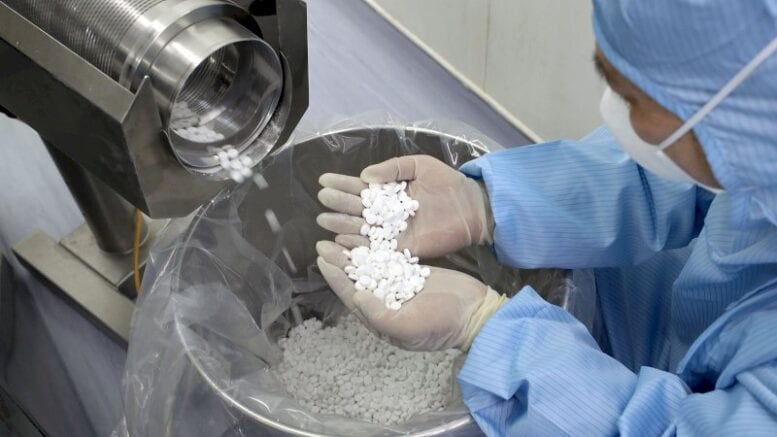 Hoping to stave off a coronavirus infection, an Arizona couple poured the chemical additive known as chloroquine phosphate into a soda and drank it. The additive is commonly used to clean fish tanks. However, the couple did so because the chemical name is very similar to the pharmaceutical name chloroquine and its derivative hydroxychloroquine — drugs approved by the U.S. Food and Drug Administration (FDA) for treating malaria, lupus and rheumatoid arthritis.

They’d heard and seen President Donald Trump say during a news conference and tweet that chloroquine was a possible cure for the coronavirus. But within 30 minutes of ingesting the chloroquine phosphate, the husband died of cardiac arrest. His wife was hospitalized.

As the name implies, chloroquine is a derivative of quinine, and is typically used to prevent and treat malaria and amebiasis. Malaria is spread through mosquito bites. Amebiasis is spread through parasites found in contaminated water or food.

Chloroquine is typically taken as a preventative. If you’re going to a place where malaria is present, you’d take it for two weeks before traveling, then while you’re there and then for eight weeks after you return. It’s also the drug doctors prescribe to patients who have acute malaria attacks. They take a dose immediately, then half the dose six to eight hours later.

Hydroxychloroquine is an equivalent of chloroquine. That essentially means the two drugs are similar in structure but different in their chemical and biological properties. Chloroquine is considered less toxic than hydroxychloroquine, according to a new study published in the journal Nature. Both have been fast-tracked by the FDA to study their effectiveness at treating coronavirus.

Chloroquine is typically taken with food because it can cause an upset stomach. It can also cause itching, headaches, loss of appetite, diarrhea, stomach pain, hair loss and mood changes.

Patients taking chloroquine for long-term illnesses will need to have regular eye exams to guard against a rare eye condition called retinopathy.

While President Trump specifically mentioned hydroxychloroquine in a tweet March 21, and appeared to base his assumption on a single small study out of France that combined the drug with the common antibiotic azithromycin, the results are only anecdotal. The information included just 20 patients who were studied for six days. The research was neither peer reviewed nor published.

Dr. Anthony Fauci, director of the National Institute of Allergy and Infectious Diseases and member of the White House Coronavirus Task Force, reinforced that during a news conference March 21. From Fauci:

… I believe [the president] was referring to a report that used both hydroxychloroquine and azithromycin together to have some possibility of being an effect. Many of the things that you hear me out there are what I had called “anecdotal reports.” They may be true, but they’re anecdotal. So the only thing that I was saying is that if you really want to definitively know if something works, you’ve got to do the kind of trial that you get the good information. The president is talking about hope for people. And it’s not an unreasonable thing: to hope for people. So when you have approved drugs that physicians have the option and a decision between the physician and the patient — are you going to use a drug that someone says, from an anecdotal standpoint, not completely proven, but might have some effect? There are those who lean to the point of giving hope and saying, “Give that person the option of having access to that drug.

So at this point, there are no published scientific studies to support that chloroquine — or any other medication — will unfortunately cure or prevent coronavirus. And stockpiling will only be taking necessary medication away from people who need it. The best preventative we have to slow the spread of coronavirus right now is social distancing and proper hand-washing.

And by all means, don’t ingest the chemical form of chloroquine phosphate. Stay away from it entirely unless you need to clean your fish tank.

What Is Social Distancing and How Do We Do It Right?

Why Is It So Hard to Make a Universal Flu Vaccine?