Senescence are those factors and processes that culminate in the retardation of the growth or proper functioning of an organism which can lead to the death of such organism. This is the simplest definition that can be given to this term because it goes far beyond this definition. So we will just attempt to briefly analyze the cause and effects of senescence and how it affects an organism right from its genetic make up to its physical of physiological manifestation.

A vivid explanation of senescence can be seen in man as he ages. This cause wrinkling of the face, baldness, graying of the hair, breathing problems, muscular weaknesses, poor vision, reduced libido, inefficiency of digestive enzymes, reduction in body size due to atrophy, slower response to stimuli, mental senility, incontinence, stroke or repeated loss of consciousness.

What Are The Causes Of Senescence?

Senescence is cause by a couple of factors which are due to some changes in genetic coding or its poor interpretation by the brain or some biochemical defects. We will now outline some of them here and attempt some explanations.

READ MORE:  Complete Description of the Structure of Nucleic Acids

Degeneration of Body cells: cells in the body are known to regenerate by a process known as mitosis. This is particularly true for cells of the skin. However, certain cells such as nervous and muscle cells do not have this ability and therefore when they die, they are not replaced which makes them degenerative in nature. In the brain, it is said that over a 100,000 neurons die each day without been replaced!

Inefficient Homeostasis: If the regulation of the internal environment in a body is inefficient such as the regulation of blood sugar, extraction of urea or production of digestive enzymes this can lead to senescence because the error required to trigger off the correction process via homeostatic mechanism may become great leading to conditions that such an individual or organism can no longer tolerate.

READ MORE:  7 Things that happens to an Athlete during a Sprint Race

Errors in Protein Synthesis: Protein synthesis becomes progressively error prone as old age sets in. this can occur because there is an increased rate of mitotic inefficiency leading to daughter cells having abnormal numbers of chromosomes. These aberrations are referred to as somatic mutations as in liver or kidney cells while aberrations in chromosome number in sex cells during meiosis can result in poor libido and reproductive problems especially as old age sets in.

Another error is in the Coding of the Genes. This may occur in the incorrect insertion of a particular nucleotide during cell division, deletion of a nucleotide or even in the translation of the genetic code. All these errors give rise to abnormal proteins synthesized with very profound effects on the organism or individual. Evidence abounds that majority of the genetic problems in aged people results in errors of transcription and translation rather than changes occurring in the DNA.

Auto-immunity: As an individual get older, there is evidence that he or she begins to produce antibodies against his or her own very antigens. This phenomenon is explained perfectly by errors in protein synthesis either during cell division or genetic code transcription. 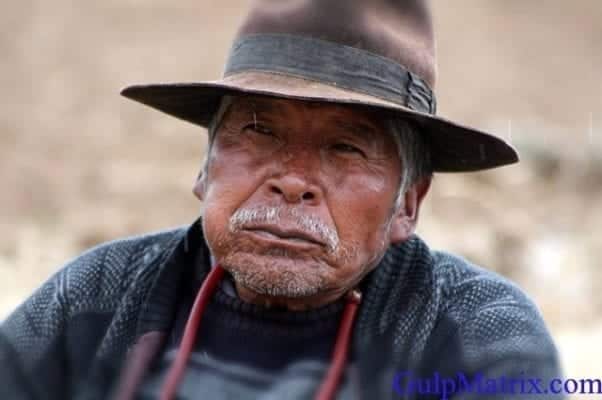 Chemical Changes in Protein Molecules: Deposition of fat and cholesterol in connective tissues and arteries, formation of extra cross-linkages in proteins such as collagen and elastin can lead to structural failures in skeletal tissues and the hardening of arteries and veins which are common in aged people.

Although senescence is detrimental to populations when it leads to death of individual species, natures desire to maintain a balance in every ecosystem and within a population and the resources to support it may well account for this changes since it is clear that all individuals are programmed to reproduce contribute to a balance in the ecosystem and by extension in the society(in human populations) and leave the ‘stage’ when it becomes useless and a burden to other species within the population or ecosystem as the case may be.