In the world of technology, We have seen technology revolving in area’s such as , the local market, local business owners now have their ability to take their businesses online and connect to billions of people, who require their business services. But have you ever wondered how this is being made possible?, We will look into that area today.

There are billions of websites online, and this websites are made by experienced people, whom are referred to as Web Developers. A web developer is in charge of busing mobile – friendly websites as well as ensuring the website is responsive, interactive, safe, and secured. These web developers are mainly divided into 3 parts. These parts includes:

We already have a post that talks deeply about web developers, and their salaries and also opportunities that await them. to read on Web Development Visit:

What Is Backend Web Development All About ?.

READ MORE:  Is Productboard your next project manager? 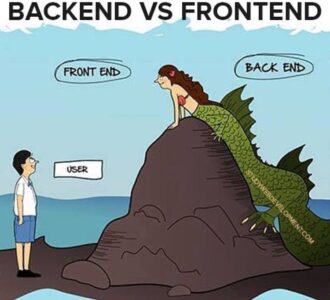 Now let’s use the image above to illustrates how backend web development works behind the scene and why it is very important while building a website.

The image above shows a user or visitor, who comes to a website, now the creepy lady is an illustration of a website. so basically when you visit a website, whatever you are seeing, be it the text, images, buttons, e.t.c, all those stuffs you see when you visit a website was made by a frontend web developer ( A frontend web developer works on the visual aspect of a website, for example the design ). If you look again at the picture you will notice the user is only able to see the frontend part, which is basically how the website looks like (remember frontend web developers works on the visual aspect of the website, which means what users see). The user is unable to see what happens in the backend area.

Now if you create only the frontend part of an e-commerce website, without including the backend part, all you will have is just a beautiful site with zero functionality, backend is important because let’s say for instance a user wants to make payment for a particular product, You would need a backend web developer to integrate a payment gateway ( PayPal, Payoneer, Skrill, Paystack, Stripe, e.t.c ) on your website which will allow your customers make online purchases using their credit card.

READ MORE:  The Working Principles and Parts of a SubMarine

Skills Required To Be A Backend Web Developer ?.

In order for someone to become a backend web developer, he or she needs to focus on the following:

Let’s break this down, starting from:

To become a backend web developer, you need to understand that there are some computer languages you need to learn, and below are list of popular backend programming languages for web development:

NOTE: As A Backend Web Developer You Are Required To Know Just One Of These Backend Programming Languages.

READ MORE:  What are Earthquakes?| Impacts, causes, and Intensity

Now you are one step ahead ( if you have learned atleast one of the backend programming language and it’s framework), it’s time to learn about the Database Management System (DBMS). 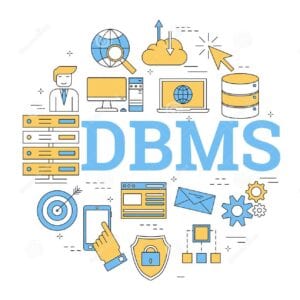 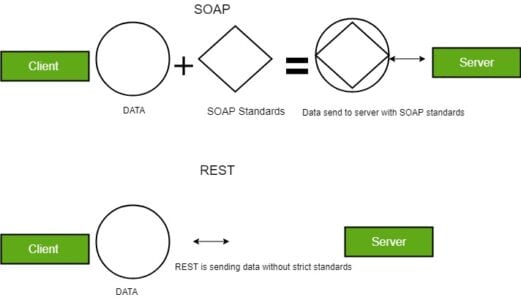 As a backend web developer, it is important that you gain knowledge on how Api works and how to build one. Below are famous Api tools:

Rest and Soap are the best when it comes to building or consuming Apis.

Other Skill set you can dive into are:

How Much Do Backend Web Developers Earn ?

In the United States Of America, A Backend Web Developer Could Earn up To $120,000 annually. so you see backend web development is a very high paying skill which you could dive into.