What is a black hole? Black holes are one of the strangest things in existence, it is also quite difficult to explain, which might get you wondering:

Where do they come from? What happens if you fall into one?

We will discuss about that today, but firstly what is the black hole?

A black hole is a particular location in space where the rate of which gravity pulls is very high, so high that even light can not escape it. What makes the gravity is so powerful is due to the fact that matter is been squashed into a tiny space. This event mostly occurs during a star’s dying process. 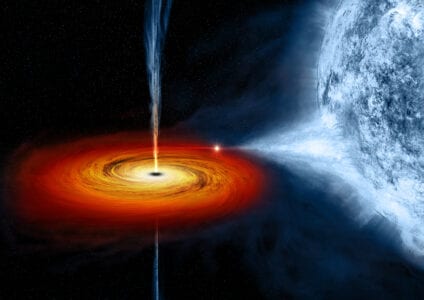 Now that we know what a black hole is, let’s dive deeper into it.

When you gaze at a black hole, what you would first see is the “Event Horizon”. Whatever crosses the event horizon needs to be traveling more faster than the speed of light, which sadly is impossible. Are black holes mysterious? 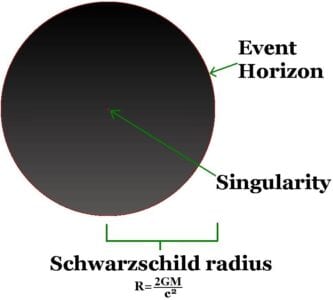 But if the event horizon is the black part, how then does the hole come into the picture?

A singularity can be defined as a specific point where property is infinite. Wondering  where the singularity is?

The singularity is actually hidden and safely behind the event horizon, the image below would explain better: 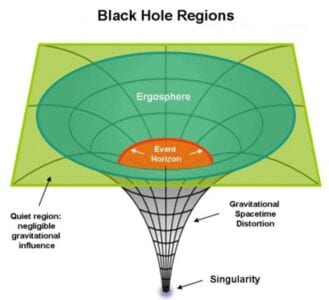 What If We Swapped The Sun With A Black Hole, Would It Drag The Earth In It?

No, we won’t be sucked into the black hole as it doesn’t suck in stuffs like a vacuum cleaner, rather due to lack of sun, we would pretty much freeze to death.

What Would Happen If Someone Falls Into A Black Hole?

First, we need to understand that the experience of time is different around the black hole, from the outside you would notice time is quite a bit slower. So as you approach the event horizon time would be slow for you, worst case scenario, you will end up being torn apart due to the black hole extreme gravity, this process is otherwise known as “spaghettification“.

What Is The Spaghettification According To Black Hole?

The spaghettification process starts when you enter a black hole, since the black hole compresses the human body horizontally while it pulls it in a vertical direction. This leads to the human body being stretched out and torn apart which makes them look more like a spaghetti after being pulled.

How Soon Can A human Die In A Black Hole?

A human’s death while in the black hole strongly depends on the mass of the black hole. A smaller black hole would kill a human instantly before he or she reaches the event horizon, while a super massive black hole doesn’t kill instantly. 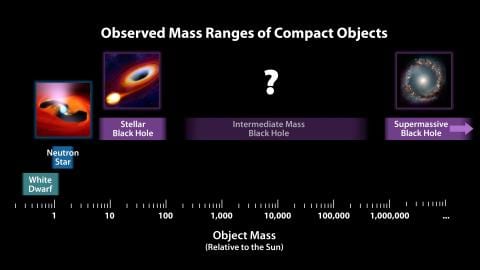 READ MORE:  MR-guided radiotherapy in a day: a one-stop-shop treatment for lung tumours

Supermassive black holes are simply defined as a colossal black holes with a mass, which is said to be millions and sometimes billions times as big as the sun.

The miniature black hole also referred to as mini black holes came into the picture due to Stephen hawking concept which stated that there is a possibility of smaller black holes, even smaller than the stellar black hole which we stated earlier. This concept was introduced back in the year 1971. 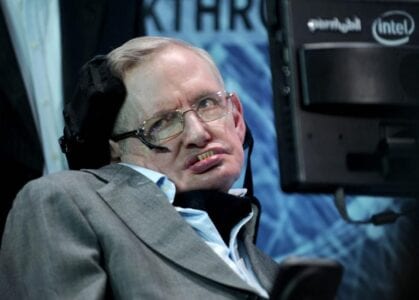 The intermediate black hole are sets of black holes with mass scaling up from 100 to 10000 solar masses. It is located 290 million light away from our planet earth at the edge of the spiral galaxy ESO 243-49, this black hole was discovered near the galaxy’s edge clustering around young stars.