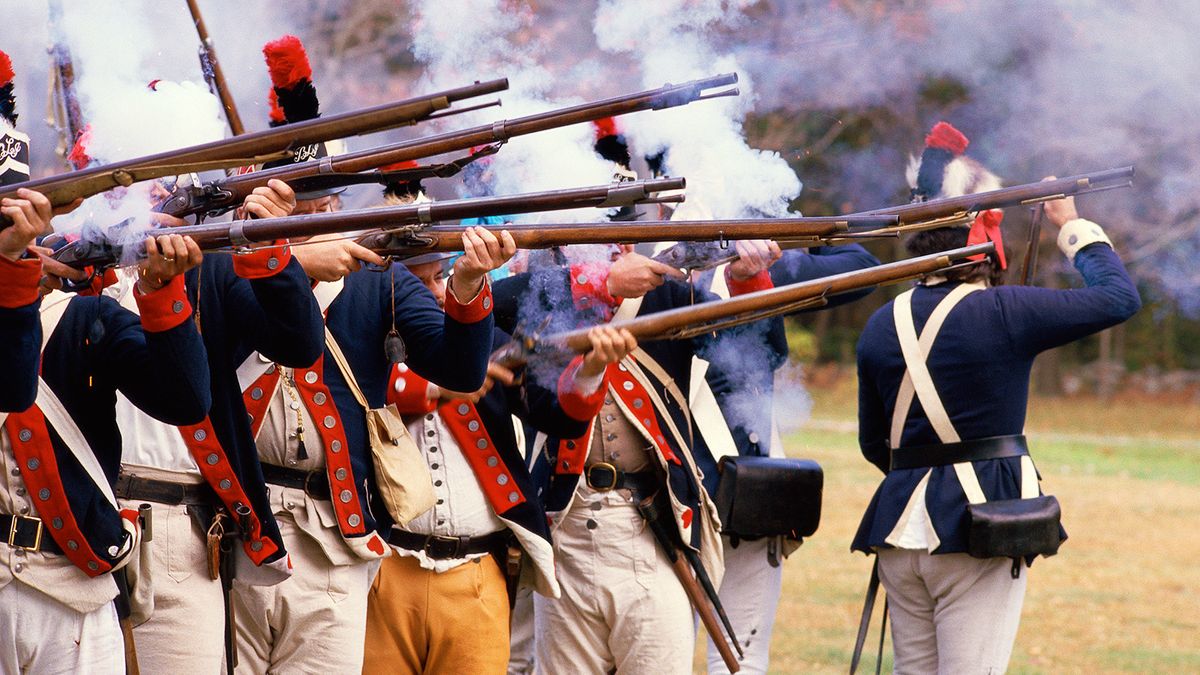 If the British had thwarted the American Revolution, the consequences for America might have been terrifyingly harsh. After all, during the war, the British Army demonstrated a penchant for brutality. When a small force of colonial rebels waved the white flag and tried to surrender at Waxhaws, South Carolina, in May 1780, the redcoats simply slaughtered them, killing more than 100 men [source: Ward]. In New York, which remained under Loyalist control, the Brits jammed American captives into the holds of prison ships, where they were given nothing but British sailors’ discarded table scraps to eat and were denied access to sunshine or fresh air. Though the conditions on these prison ships weren’t necessarily that much worse that any conditions the redcoats endured as prisoners of war, the number of dead was extraordinary: Eleven thousand prisoners perished there from diseases like yellow fever and dysentery [source: Caliendo]. What might the British have done to the 100,000 or so Americans who had dared to take up arms against the crown?

Had the British been victorious, it seems likely that King George III would have come through on the promise he made in 1775 to “bring to condign punishment the authors, perpetrators and abetters of such traitorous designs” [source: Britannia.com]. The British had executed the leaders of a failed Scottish rebellion in 1747, and it seems likely that they would have marched George Washington, Thomas Jefferson and other American revolutionaries to the gallows as well [source: Chadwick].

One of the reasons for the rebellion was the colonists’ fear that the British government would increase their taxes. (That was ironic because after adopting the U.S. Constitution, the Americans went on to tax themselves at much higher rates than the 1 percent or so of colonial economic output that the British took by imposing the Navigation Acts [source: Baack].) But had the revolution failed, the British might have punished the rebels by making them pay additional reparations for the cost of suppressing the revolt — a total of about 80 million pounds sterling (the equivalent of roughly a few billion dollars in today’s U.S. dollars) [source: Tombs, Officer]. So, postwar colonial America might have been a pretty hungry, impoverished place, with food crops being sold off or shipped to England. The result might have been widespread famine, akin to what occurred in Ireland in the 1840s.

Additionally, the British might have punished American rebels by seizing their personal land and homes, just as they seized the estates of Scottish nobles who’d supported a rebellion against British rule [source: Sankey]. That would have radically altered the power structure in American society. Some of that land might have gone to the Hessian mercenaries the British imported from Germany to help them in the war. In one 1778 proclamation, the British promised each Hessian captain who brought 40 men an 800-acre estate, and each individual soldier would receive another 50 acres [source: The New York Times].