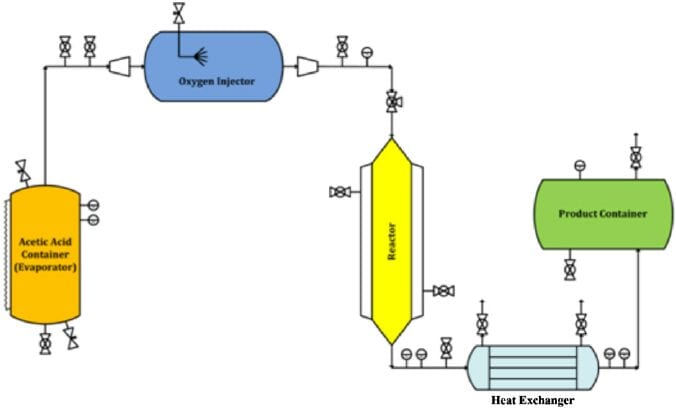 The chemical formula of Vinyl Acetate is CH3CO2CH=CH2 (C4H6O2) and this means 4 atoms of carbon, 6 atoms of hydrogen and 2 atoms of oxygen are present in vinyl acetate.

Here are the other names of Vinyl Acetate:

Odor:
Vinyl Acetate has a sweet, pleasant, fruity; may be sharp and irritating. 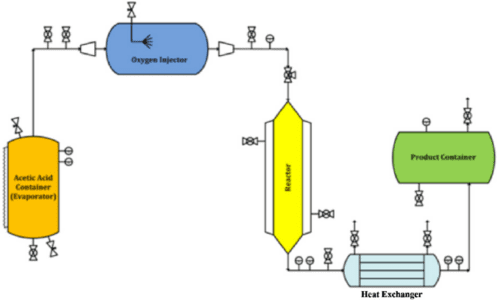 The production of VAM is usually catalyzed by ethylene with vapour phase reaction of acetic acid and oxygen in a fixed bed tubular reactor using a supported noble metal catalyst. The reaction is carried out at 175-200oC and 5-9 bar pressure. The VAM is then recovered by scrubbing and condensation and purified by distillation. 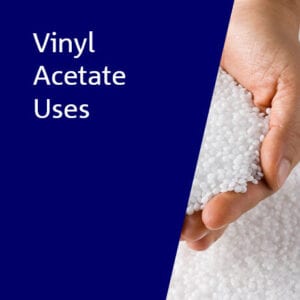 1. Vinyl acetate monomer (VAM) is the major material used in producing a number of polymers and resins for adhesives, coatings, paints, films, textiles and other end-products.

2. The largest derivative of vinyl acetate monomer is polyvinyl acetate (PVA) which is mainly used in adhesives production, as it has good adhesion properties to a number of substrates including paper, wood, plastic films and metals. Other uses of PVA include paper coatings, industrial coatings and paints .

3. Polyvinyl alcohol (PVOH) is the second largest consumer of VAM which is manufactured from PVA. Main uses for PVOH include the following: packaging films, textiles, adhesives, thickeners and photosensitive coatings.

4. Polyvinyl Butyral (PVB) is manufactured from PVOH, a type of resin with a strong adhesion, clarity and toughness properties. Laminated glass for automobiles and commercial buildings is gotten from PVB, PVB provides the protective and transparent interlayer that is bonded between two panes of glass. PVB can also be used in coatings and inks.

5. Vinyl Acetate Monomer is consumed in the production of vinyl acetate ethylene (VAE) and ethylene vinyl acetate (EVA). EVA, has less than 50% of vinyl acetate in its content, and is mainly used for films and wire and cable insulation. VAE, which has more than 50% vinyl acetate, is used in place of cement additives, paints and adhesives.

6. VAM is used in the manufacture of ethylene vinyl alcohol (EVOH), which is used as a barrier resin in food packaging, gasoline tanks, plastic bottles, and in engineering polymers.

7. Other by-products of VAM include vinyl chloride-vinyl acetate copolymers which have an important role in coatings, paints and adhesives. Polyvinyl formal is used for wire enamels and magnetic tape.

8. It is estimated that approximately 80% of global VAM production is used in making PVA and PVOH, with most of the remaining volume going to PVB, EVA copolymers and EVOH resins.

Other Reactions of Vinyl Acetate

Vinyl acetate undergoes so many of alkene and ester reactions.  Bromine adds to give the dibromide. Hydrogen halides add to give 1-haloethyl acetates, which cannot be gotten by other methods because the corresponding halo-alcohols are not present. In the presence of palladium catalysts and the addition of acetic acid , ethylidene diacetate CH3CH(OAc)2 is formed. It undergoes transesterification with a variety different types of carboxylic acids. The alkene also pass through Diels-Alder and 2+2 cycloadditions.

In the presence of iridium catalyst, vinyl acetate can undergo transesterification, giving access to vinyl ethers.

Preparation, Properties, And Uses Of Trichloromethane