You Are Here: Home » Uses and Working Principles of a Dilatometer 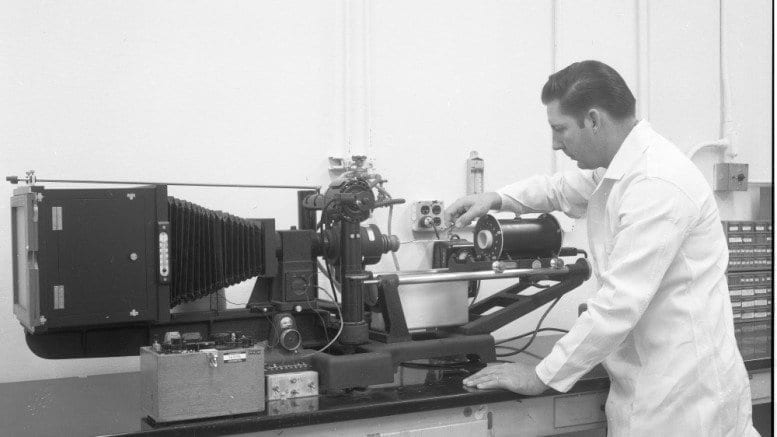 A dilatometer is an instrument for rapidly but roughly measuring the expansion of a liquid. It consists of a glass bulb B, with a graduated stem S. the volume Vb of the bulb, up to the zero of S, is known, and S is graduated in cubic millimeters or other small units. The volume of the bulb, and the value of one scale division, varies with temperature; the dilatometer therefore measures apparent expansion. The dilatometer is filled with the liquid under test to a point just above the zero of the stem, at a temperature t1. The volume V1 of the liquid is found by adding Vb to the stem-reading V1. Next the dilatometer is warmed to t2 , and the liquid rises to V2. Then (V2 – V1) is the apparent expansion of the liquid, and hence

A dilatometer can be compensated so that it shows roughly the true expansion of a liquid. Mercury is introduced into the bulb, until it occupies 1/7th of the bulb’s volume. The expansion of mercury is about equal to the expansion of the glass, so that the free volume in the bulb is almost constant. The cubic expansivity of mercury is  yhg= 18.1 x 10-5K-1 while that of glass is yg= 3 x 8.5 x10-6 = 2.55×105K-1

Thus, the expansion of the mercury offsets that of the glass, within about 1.5%. The space above the mercury, whose volume is constant, is filled with the liquid to be examined. When the bulb is warmed, the movement of the liquid up the stem shows the liquid’s true expansion. The dilatometer can also be used to show the anomalous expansion of water.

Uses and Working Principles of a Dilatometer 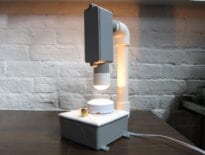