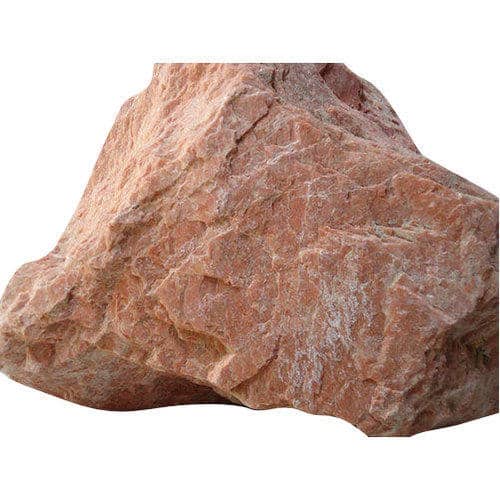 Feldspars are a group of minerals that are closely related and are the most abundant mineral in the Earth’s crust.

Feldspars are hard minerals, all of which have a Mohs hardness of 6. This falls somewhere between the hardness of a steel knife (5.5) and the hardness of quartz (5.5). (7). In fact, feldspar is the Mohs scale hardness 6 standard.

Feldspars are typically white or nearly white, but they can also be clear or light shades of orange or buff. They usually have a glassy sheen to them.

Feldspar is a common rock-forming mineral that makes up a large portion of the rock. Feldspar refers to any glassy mineral that is slightly softer than quartz.

The two main types of feldspar are; 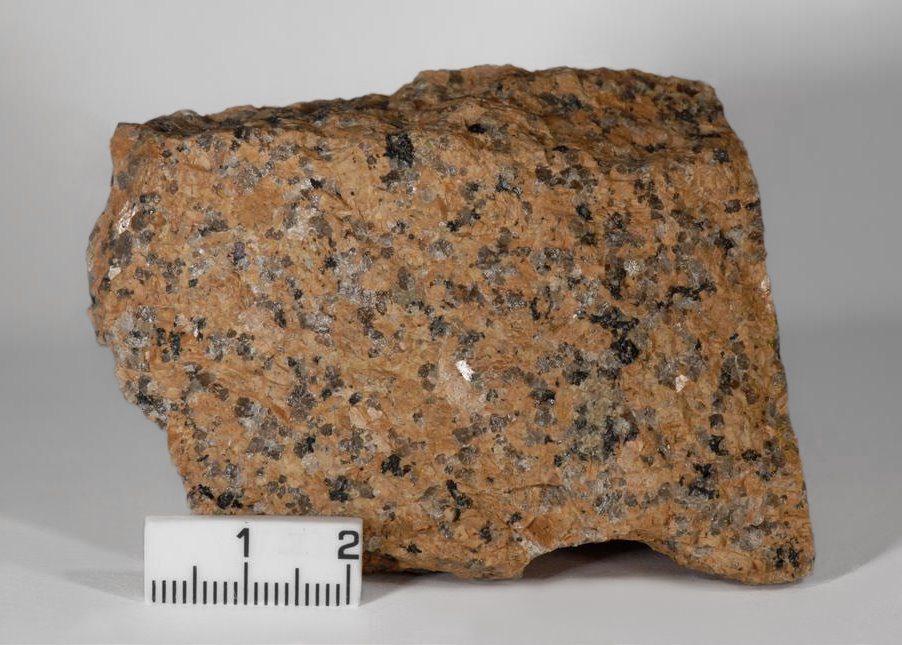 The formula for alkali feldspar is KAlSi3O8, potassium aluminosilicate. The formula is actually a blend of sodium (albite) and potassium (microcline), but albite is also one endpoint in the plagioclase series, so we classify it there.

Because potassium always outnumbers sodium in its formula, this mineral is also known as potassium feldspar or K-feldspar.

Potassium feldspar has three different crystal structures depending on the temperature at which it formed. The microcline is the stable form below 400 degrees Celsius. Orthoclase and sanidine are stable at temperatures above 500 and 900 degrees Celsius, respectively.

K-feldspar is the best mineral for potassium-argon dating due to its high potassium content and strength. Alkali feldspar is an important component of glass and pottery glazes. Microcline possesses a minor use as an abrasive mineral. 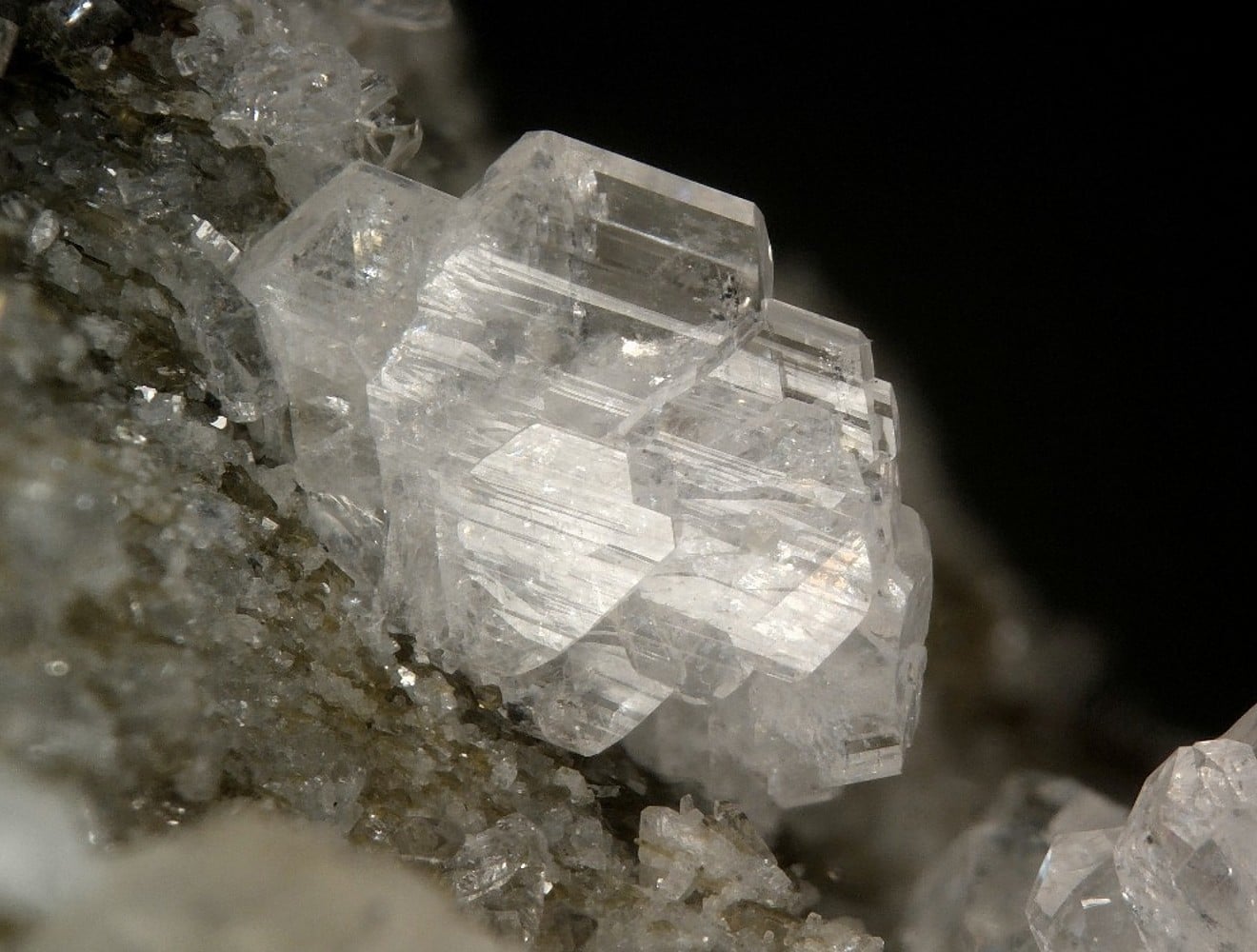 The one thing that distinguishes plagioclase is that its broken faces (cleavage planes) almost always have fine parallel lines across them. These striations indicate crystal twinning. In reality, each plagioclase grain is a stack of thin crystals with molecules arranged in opposite directions. Plagioclase ranges in color from white to dark gray and is usually translucent.

Alkali feldspar (also known as potassium feldspar or K-feldspar) ranges in color from white to brick-red and is usually opaque. Many rocks, such as granite, contain both feldspars. Cases like that are useful for learning to distinguish between feldspars. The distinctions can be subtle and perplexing. This is because the feldspars’ chemical formulas blend seamlessly together.

Differences Between Feldspar and Quartz

Quartz is the most common mineral that is mistaken for feldspar. The biggest difference between the two minerals, aside from hardness, is how they break. Quartz fractures in curved and irregular shapes (conchoidal fracture). Feldspar, on the other hand, breaks easily along flat faces, a property known as cleavage. Quartz glitters and feldspar flashes as you turn a rock in the light.

Quartz is usually clear, whereas Feldspar is cloudy. Quartz crystals are more common than feldspar crystals, and the six-sided spears of quartz differ greatly from the generally blocky crystals of feldspar.

Formulas and Structure of Feldspar

All feldspars share the same atom arrangement, a framework arrangement, and one basic chemical recipe, a silicate (silicon plus oxygen) recipe. Quartz is another framework silicate composed only of oxygen and silicon, but feldspar contains a variety of other metals that partially replace the silicon.

The formula for feldspar is X(Al,Si)4O8, where X stands for Na, K, or Ca. The precise composition of the various feldspar minerals is determined by the elements that balance the oxygen.

Silicon forms four chemical bonds with oxygen, indicating that it is tetravalent. Aluminum forms three trivalent bonds, calcium forms two divalent bonds, and sodium and potassium form one (monovalent). So the identity of X is determined by the number of bonds required to complete the total of 16.

One Al bond is left open for Na or K to fill. With two Al’s, there are two bonds for Ca to fill. In the feldspars, two different mixtures are possible: a sodium-potassium series and a sodium-calcium series. The first is alkali feldspar, followed by plagioclase feldspar.