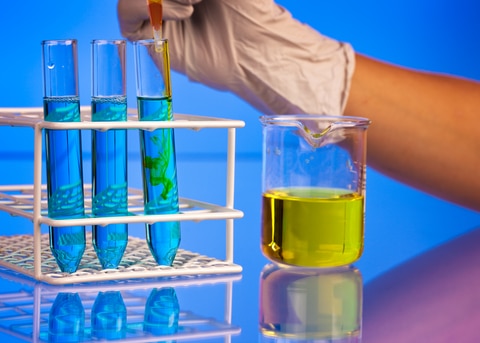 A mixture is defined as a substance gotten from the physical combination of two or more other substances. A mixture is not chemically combined so it can be easily separated. Examples of mixtures include the following;

Mixtures are said to be either homogeneous or heterogeneous.

What is an Azeotrope? 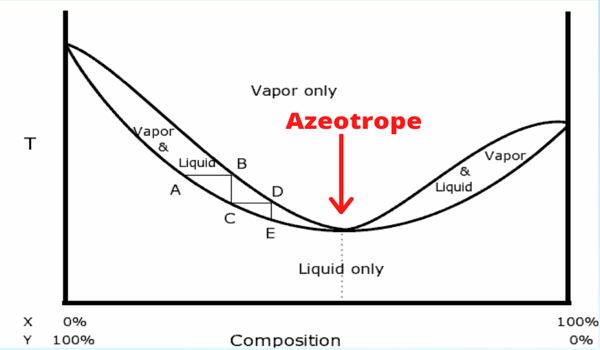 The word Azeotrope is derived from the Greek word “a” which means “meaning not”, and the word “zeo” which means “boil”, and “tropic” which means change. This simply means that an azeotrope is a mixture that cannot be changed by distillation or boiling.

What is an Azeotropic Mixture?

An azeotropic mixture is defined as mixtures of liquids with a constant boiling point having a vapor with the same composition as the liquid. Examples of azeotropes are as follows;

There are 5 different types of azeotropes and they include the following;

Homogeneous azeotrope mixtures are mixtures that are completely miscible

the two liquids that make up the mixture . Examples of a heterogeneous mixture are toluene,  benzene, dichloromethane, and n-butanol.

Heterogeneous azeotrope mixtures are made up of two layers which are:

The binary azeotrope mixture which happens to be a homogeneous mixture is a liquid having a maximum or minimum vapor pressure (P) at constant temperature (T).

Azeotropes that consists of three constituents are called ternary azeotropes. Examples of such azeotropes are: acetone, methanol and chloroform.

A mixture is referred to, or called an azeotrope or an azeotropic mixture because it is a mixture of substances with the same concentration of vapor and fluid phases.

How to know when a mixture is azeotrope

Azeotrope or azeotropic mixtures can have a higher or lower boiling point than the components of the mixture.