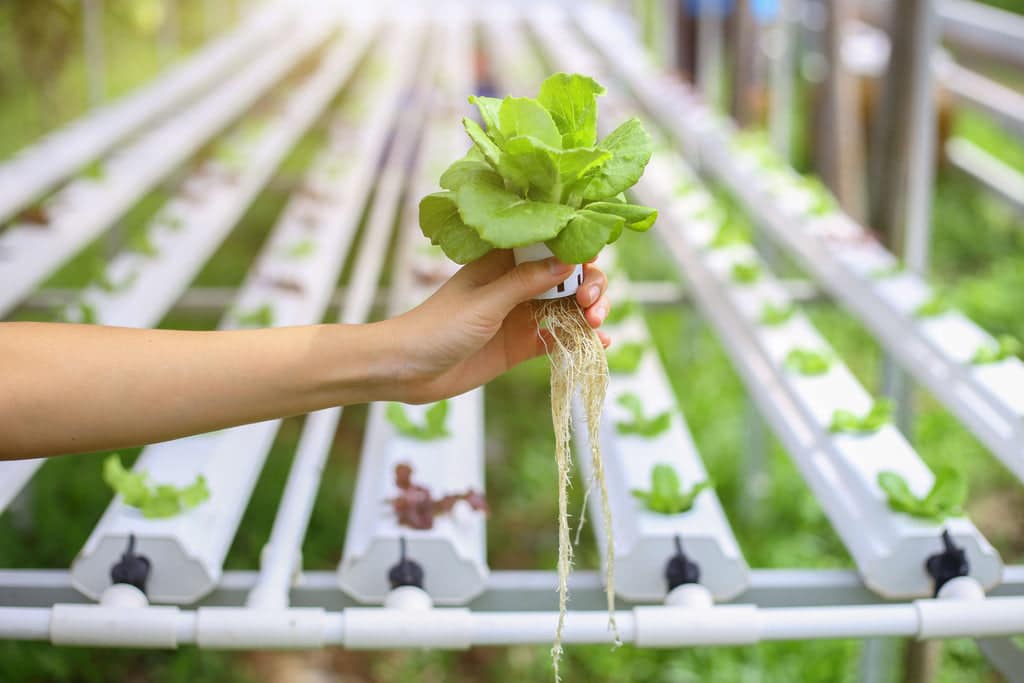 What exactly are Hydroponics?

Hydroponics is a branch of horticulture and a subset (larger part) of hydroculture which involves the growing of plants without soil, by using water based nutrient solution in aqueous solvents.

Horticulture is defined as the art of cultivating plants in gardens to produce food and medicinal herbs for ornamental uses, comfort and medicinal uses.

Who is a Horticulturist?

A horticulturist is an agriculturist who grows flowers, nuts, fruits , vegetables and herbs for consumption and ornamental purposes.

Hydroculture is a branch of horticulture where different types of plants are grown without the use of soil. It is very similar to hydroponics.

Hydroponics farming was discovered in 1937 by William Frederick Gericke . He discovered this method of horticulture when he grew tomato vines about 7.6 meters high in his backyard in a mineral solution.

There are six types of hydroponics and they are;

A wick system is a type of hydroponics where a growing set up that uses a fabric string is known as wick. In wick systems, a cotton or nylon wick soaks in water from a solution and supplies them to plants in containers or trees.

The deep water culture system is a hydroponic method of plant production where plant roots are suspended in a solution of nutrient-rich, oxygenated water.

Nutrient film technique is a type of hydroponic system which uses a thin film of nutrient-rich water to deliver nutrients to plants.

This technique involves growing plants by maintaining a coating of nutrient solution around roots, without the use of a substrate.

Ebb and Flow (Flood and Drain)

Ebb and flow represents the phases of the tide or similar water movement. The ebb is the outgoing phase of the tide when it drains away from the shore while the flow is the coming phase observed when the water rises.

In hydroponics, ebb and flow is a subset of hydroponic farming. It is also referred to as  flood and drain hydroponics.

Aeroponics is a type of hydroponics where plants are grown in air or in a mist environment without the use of soil.

The following are advantages of hydroponics farming.

Unlike the normal traditional farming methods, hydroponic farming can be used in water conservation because the water used in this farming method is captured and reused rather than allowed to run off into the environment.

Hydroponics is said to produce more yields than the traditional farming methods because the plants in the former are densely spaced compared to the size of the land needed to grow the same number of plants thereby making the nutrients balanced unlike in traditional farming.

It Needs No Soil

The roots of plants grown in hydroponics farming are suspended in water enriched in nutrients that can be gotten from the soil.

The rise in demand for plants grown with hydroponics farming would increase the exponential growth framework drive and cause changes in the supply chain.

Plants grown in hydroponics have less pest problems because they are grown indoors and pests are not prevalent and have controlled entrances there.

Hydroponics are easier to harvest because of the medium they are planted in. Their growth allows for faster growth and bigger yields.

The following are disadvantages of hydroponics.