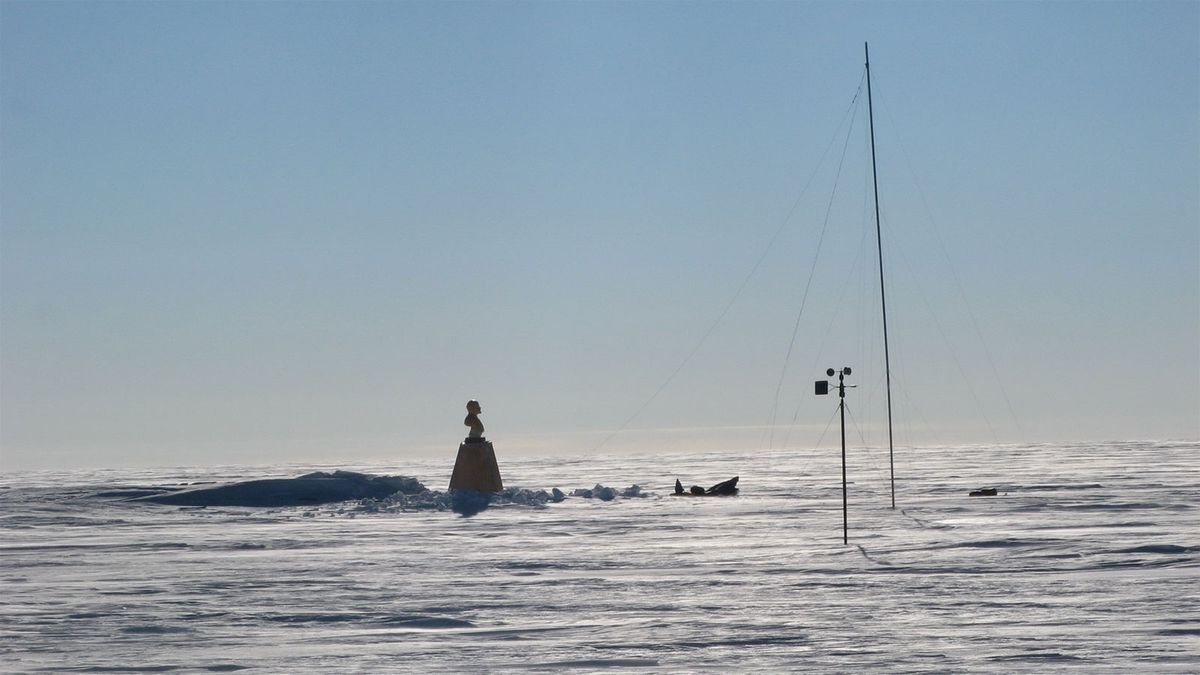 That distinction actually would belong to a spot called the Southern Pole of Inaccessibilty, about 546 miles (878 kilometers) away from the South Pole, an ice-covered patch of earth that happens to be the most distant spot from the Southern Ocean on the Antarctic continent. It’s so remote, in fact, that humans have only visited it a few times (more on that later), according to Smithsonian Magazine.

That obscure location in Antarctica is one of the planet’s numerous Poles of Inaccessibility, a term used for the most remote spot on a particular continent or an ocean. If we’re talking about land, the Pole of Inaccessibility is located at the most remote spot from the ocean, while if the pole is in an ocean, it’s the spot that’s farthest away from land, as this article from the Australian publication Traveller details.

A paper published in Scottish Geographic Journal in 2008 included an algorithm that can be used to calculate the most remote places on Earth. Even so, it’s also possible for geographers to come up with more than one location on a continent that seems to fit the distinction of being the farthest away from everything.

Here are some of the recognized Poles of Inaccessibility:

This one gets a little complicated, as Atlas Obscura explains, because of contention about what exactly constitutes coastline, for purposes of calculating the most distant spot from the ocean. That’s because of the Gulf of Ob, a bay at the mouth of the Ob River in northern Russia. Traditionally, the gulf was considered part of the river, but more recently, it’s been reinterpreted by at least one study as being part of the Arctic Ocean. As a result, there are three different candidates for the Pole of Inaccessibility in the Gurbantünggüt Desert of western China, near the border of Kazakhstan. In addition to this spot 1,644 miles (2,645 kilometers) inland, which is based upon the Gulf of Ob being part of the river, there also is this site and a third site. The last two are about 1,553 miles (2,500 kilometers) from the water. Ürümqi, a city of 1.5 million people, is located about 435 miles (706 kilometers) away.

This pole is in the middle of a dense forest in the Central African Republic near the border of Democratic Republic of the Congo and South Sudan, 1,127 miles (1,814 kilometers) from the coast. The pole is near the town of Obo, whose inhabitants suffered during the long, brutal insurgency involving the Lord’s Resistance Army and its leader Joseph Kony, according to this 2017 article from Reliefweb.

READ MORE:  HMS Belfast is a landmark of London, but why?

Both Atlas Obscura and Traveller describe the Australian pole, located near Mount Zeil in the Northern Territory, about 572 miles (920 kilometers) from the coast, as perhaps the easiest one in the world to reach. It’s not quite 19 miles (30 kilometers) from Papunya, an settlement known for the collective of Aboriginal artists who paint traditional designs on boards using acrylic paint.

There’s also some contention about the precise location of the Southern Pole of Inaccessibility these days, due to changes in the ice sheets that have altered the Antarctic coastline, as this 2021 article in the journal Polar Record describes. The site was first reached by Soviet researchers, who set up a small temporary base there in December 1958. Since then, American and British teams have reached the spot as well, according to Atlas Obscura.

READ MORE:  HostArmada Vs. BlueHost: Which One Is The Best? (Detailed Comparison)

This spot, 1,018 miles (1,639 kilometers) from the Pacific Ocean, is located in a canyon lined with pine trees and native grasses not far from the Pine Ridge Reservation in South Dakota. The closest inhabited area is Allen, South Dakota, a tiny town with fewer than 500 residents, which is located about 6 miles (9.7 kilometers) away. Jerry Penry, a surveyor who visited the location for a 2015 American Surveyor article, wrote that buffalo belonging to the Oglala Sioux still roam the tribal-controlled land, as they have been doing for centuries.

This location, 943 miles (1,517 kilometers) from the South Pacific Ocean, is in the Brazilian forest near the town of Arenápolis. It is also the closest Pole of Inaccessibility to Point Nemo, the next pole we’ll discuss.

Point Nemo, in the South Pacific, aka the Oceanic Pole of Inaccessibility, is 1,451 nautical miles (2,688 kilometers) from the closest islands (Ducie Island, Maher Island and Motu Nui, one of the Easter Islands). It’s named after the captain of the mysterious submarine Nautilus in Jules Verne’s novel “Twenty Thousand Leagues Under the Sea,” according to the National Ocean Service.