If you have been keeping track about some latest technologies, you might have come across the word ‘OLED’. Giant Technology Company ‘Apple’ make use of such features, which you should have noticed if you are an iPhone user. Some other smartphones that have adapted this features are Samsung Z fold 2, Google pixels 4, Samsung Galaxy Note 20, e.t.c.

But we shall be looking into some awesome OLED Televisions today, but before that we need to know what exactly does OLED mean?, relax and read as we will cover OLED like never before.

The term ‘OLED’ simply means Organic Light-Emitting Diode, some technologies uses this OLED, as we stated earlier. These OLED are said to be amongst the best display panels in the world.

Basically all latest brands of television uses one of the two popular display technologies namely LCD and OLED. Though majority of televisions are LCD, but OLED is also throwing up a big competition with LG and Sony launching some recent OLED televisions. What makes OLED stand out, is it’s ability to provide enhanced image quality. This feature has made OLED televisions price skyrocket than the prices of LCD televisions. 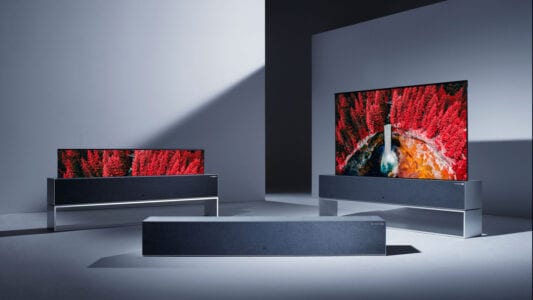 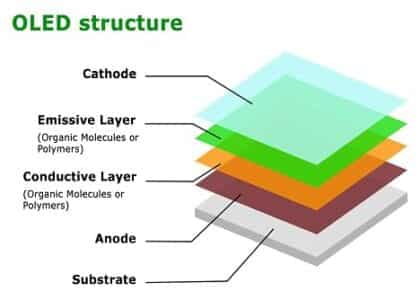 1 ) OLED televisions organic layers are more flexible and lighter than LCD (which makes use of crystalline layers).

2 ) OLED’s are lighter due to their light-emitting layers.

3 ) The OLED television substrates are considered to be plastic and not glass as it is in the case of LCD.

4 ) Back lights are not required by OLED, This is because OLED generates it’s own lights.

5 ) OLED television does not consume too much power as compared to LCD.

6 ) The production of OLEDs are more easier.

Though OLED is considered to be amongst the best technology in our world, it still has some setbacks. Below are some of OLED’s Television setbacks:

1 ) Water can cause severe damages to OLEDs easily, so ensure your kids do not go near your OLED television with water.

2 ) The process taken to manufacture an OLED television is quite expensive.

Similar to LED, OLEDs are referred to as solid state semiconductor, which is up to a hundred and five hundred nano meters thick. The OLED television could contain at least two or three organic materials. Below are the components:

* Substrate: This helps provide support for the OLED.
* Anode: This helps to remove electrons whenever there is a current flowing in through the device.
* Conducting Layer: This component is made to ensure the transportation of holes from the anode.
* Emissive Layer: The emissive layer is in charge of transporting electrons from cathode. The process which a single polymer is been used in a emissive layer is known as polyaniline.
* Cathode: This is in charge of electrons injection during the flow of current through the device.

The stressful and hardest part in producing OLED is during the stage where the organic layers are being applied to the substrate. Below are methods of which this can be achieved:

* VTE: VTE is a acronym of Vacuum thermal evaporation, and here is how it works. This is the process where organic molecules are been heated and permitted to condense to thin films onto cooled substrates.
* Inkjet Technology Printing: Using the inkjet technology, the OLEDs gets sprayed onto substrates for example, when a paper gets sprayed with inks during printing. This helps to reduce the high cost of producing OLEDs and makes it possible for OLEDs to be printed on a large display ( such as 80-inch tv) televisions films.

Are OLED Televisions Worth Their Expensive Prices?.

OLED Televisions prices are totally worth it, as they offer a nice quality display, which is the perfect television for your family.