In time past the Navy fought battles by staying on the surface of the water, but the invention of submarines which allows sailors to live for weeks, months and even years under water and fight from the world below the surface, has been a massive addition to the arsenal of the naval force.
And unlike ships that dread sinking, a submarine works by sinking.

So What Is A Submarine?

A submarine is a military machine that is patterned and designed to work underwater.

How Does a SubMarine Work? 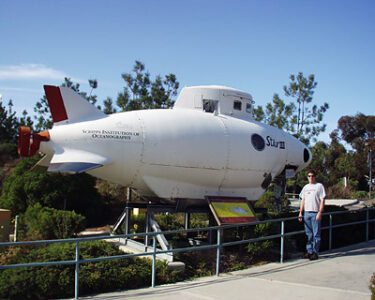 The submarine operates using Archimedes’ principle of buoyancy which states that “the upward buoyant force which is applied on a body that is submerged in a fluid, whether fully or partially, is directly proportional to the weight of the fluid it displaces”.

Therefore, the submarine floats when the water it pushes out of the way (displaces) is equivalent to its mass. When the water is pushed away it causes an upward force called Buoyancy or the buoyant force, which works against gravity, which would foster the pulling down of the ship.

Meanwhile, in order to immerse the submarine, the air in these ballast tanks are vented out causing a negative buoyancy and makes its density greater than the surrounding water.

There is always a supply of air kept on the sub to fill and refill the tanks when due. However, when the weight of the submarine is equivalent to the water it displaces, it enters a state of neutral buoyancy where it neither sinks nor rises.

Buoyancy makes it easy for the captain of the submarine to sink into the water and come up to the surface.

Submarines are powered with either a natural reactor and a steam turbine or electric power and a diesel engine. While using electric power, batteries are charged from the diesel engine and used to store electric power.
But due to the need of adequate air, which can only be available on the surface of the water, to ensure the smooth running of the diesel engine, the submarine with a nuclear reactor has a higher advantage of staying immersed in water for a longer period.

Parts Of A Submarine 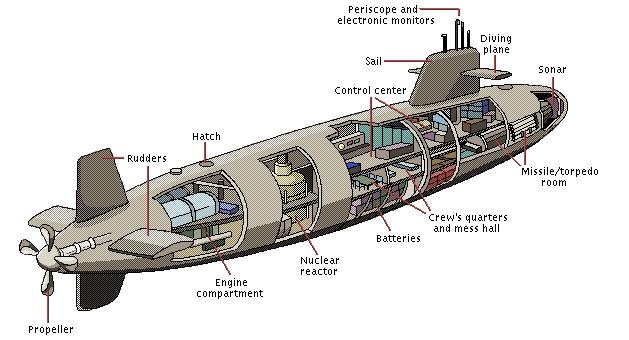 This part of a submarine formally called hydroplanes or diving planes, are movable sets which perform similar duties as the swiveling flaps and wings of the aeroplane, they control the angle of the submarine’s dive into water and also creates an upward force called lift when water rushing over it.

Submarines can dive to a maximum depth of 2000ft (600m), and at this level the pressure of the water is 60 times greater than it is at the surface, making it impossible to breathe.

READ MORE:  Features on Your iPhone that Limit Distractions

This is the part that keeps that water out of the submarine despite the pressure.
Most submarines are designed with two hulls to ensure adequate safety of those on board.

The pressure hull has a strong resistance to huge water pressure and the other hull is waterproof.
Most hulls are made from titanium and strong steel.

When the electric batteries are fully charged, the diesel engines are switched off and the submarines depend solely on battery power to power their propellers while it submerges.
Due to the limited power of these batteries, submarines powered with these engines don’t stay long underwater.

Meanwhile, the nuclear engine uses nuclear reactors to operate, so they don’t depend on air. Hence, they can generate enough power to drive their propellers and stay longer when submerged underwater, making them the most preferred and most used engines in modern submarines. 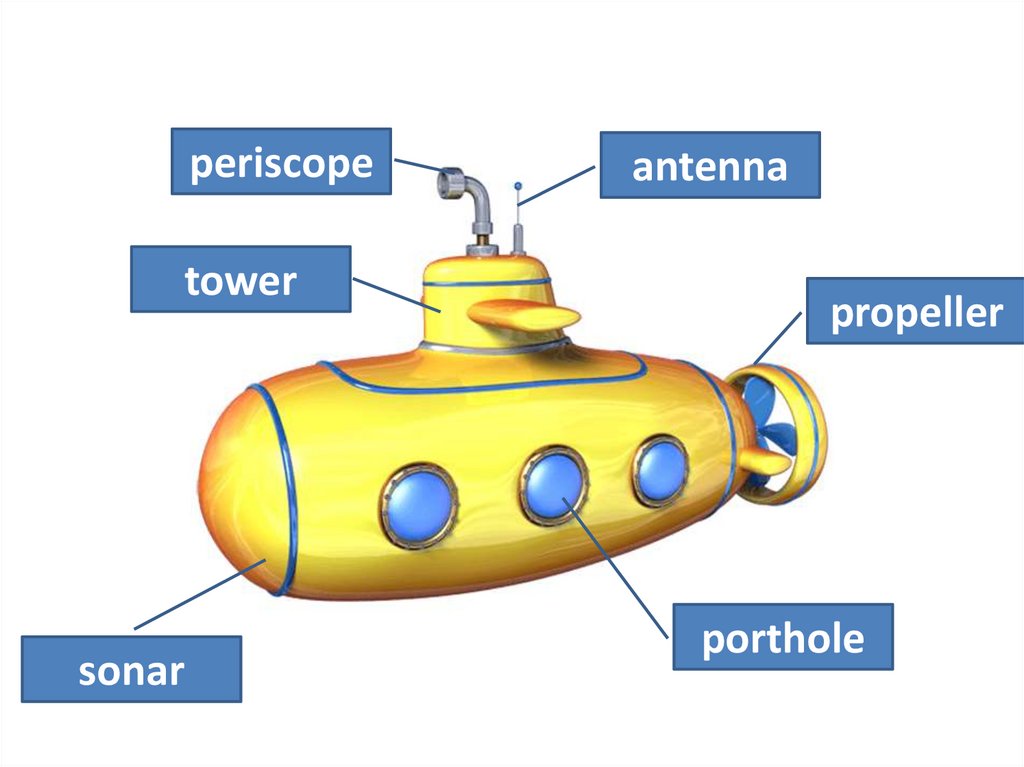 The tower is used as a platform for observation when the submarine is moving on the surface of the water.

How do the people on the submarine cope while they are being buried thousands of feet under water?

All the life-support systems that the people on board need are powered by the electricity which is generated by the nuclear engines.
Scrubbers are used to trap and eliminate exhaled carbon dioxide which could turn into toxins from the air and electrolysis is used to separate molecules of water, making oxygen available for people to breathe.
Oxygen can also be provided to the submarine from tanks.

Heating systems are used to keep the submarine warm and make the crew comfortable since the surrounding water is usually cool.

Electricity is also used to carry out a process called distillation, which involves the removal of salt from seawater and turning it into fresh drinking water.
This process allows submarines to produce enough water for bathing and cooking daily.

Due to the inability of light to travel under water, it gets darker as the submarine goes deeper into the water, so the submarine use equipments such as:

• The GPS satellite navigation, which shows its position.

• Periscopes, which are used when the submarines are on the surface or slightly beneath the water.

• Sonar, which is referred to as the “eye” of the submarine because it detects active or passive movement, and it also tracks possible obstacles that might hinder the submarine’s movement.

• Inertial Guidance, which uses gyroscopes to keep a record of which direction the submarine is moving to, and how far it has traveled.