The Earth’s Core being responsible for the magnetic field of the earth made scientists to go into deep research about it’s radius, depth and features. Today, we shall be revealing the structure of the earth and also discuss about the earth’s core and how deep it is.

Structure Of The Earth 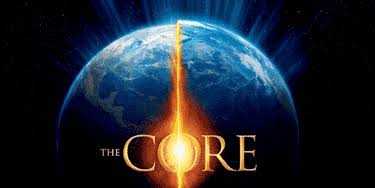 Inner Core: It is the geologic layer of the Earth’s Core. Basically it’s a solid ball with a radius approximately 760mi(1,220km) which is estimated to be 70% of the moon radius or 20% of the earth radius. Basically, the analysis of seismic waves and earth’s magnetic field gives more knowledge about the core. The inner core is composed of iron-nickel alloy with some elements. The temperature at the inner core surface is about 5,700kelvin(9,800Farheint) which is almost the temperature of the surface of the sun.

Outer Core : This layer comes immediately after the inner layer. It is the only liquid layer. It is composed of iron and nickel as well as small amounts of other substances. The core is accountable for the earth’s MAGNETIC FIELD. It’s fluid layer is about 2,400km(1,500mi). The process of change between the inner core and the outer core is 5,150km(3,200mi) approximately beneath the earth.

The Mantle: It is composed of silicates of iron and magnesium sulphides. It’s temperature is about 3000°celsius. The mantle is about 2900km thick. It is the largest part of the earth taking up to 84% of the earth .It is also know as the Mesosphere.

This is part of the middle of our planet i.e the inner core and the outer core.
The temperature of the core is approximately as high as 2000°C (3500°F). The core is subjected to temperature and pressure. It is also known as the Barysphere.

HOW DEEP IS THIS EARTH’S CORE? 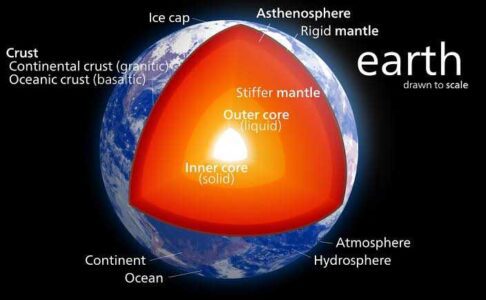 According to BBC geology report at August 2015, it stated that, we have been to the moon, but we’ve never been to the planets core, we haven’t even come close.

THE CENTRAL POINT OF THE EARTH IS OVER SIX THOUSAND KILOMETERS (6,000KM) DOWN AND EVEN THE OUTER PART OF THE CORE IS NEARLY THREE THOUSAND KILOMETERS (3,000KM) BELOW THE FEET. THE DEEPEST HOLE WE’VE BEEN ABLE CREATE ON THE SURFACE IS KOLA SUPERDEEP BOREHOLE IN RUSSIA AND IT’S 12.4KILOMETERS.

All the common events that happens on earth occurs on the surface; diamonds which need high amount of heat and pressure originate from rocks not less than 600km, the lava from volcanoes first melts just a few 100km down.
Now it’s clear that what’s below the earth is shrouded in mystery and unfathomable.

In summary, the Earth’s Core is about 2,900km below the earth’s surface and has a radius of 3,485km which is kinda impossible for us to reach.

What are other interesting facts about the earth’s core? let us know in the comment section.