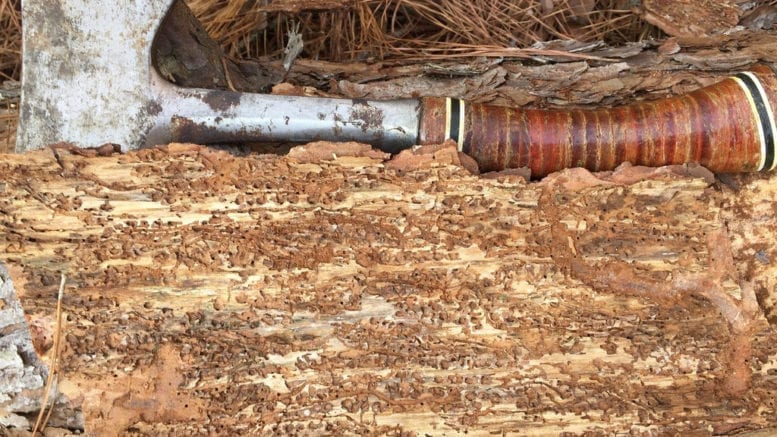 Phloem Tissues are very important tissues in plants that are involved in the transportation of organic materials from the roots via the stem to other parts of the plants — a process known as Translocation. This post shall thus consider in detail how the products of photosynthesis (sugar, amino acids and the like) are transported from the leaves where they are formed to the parts of the plant where they are needed. Obviously all the cells that are themselves unable to photosynthesize need a share in these materials, but the apices of the stem and side branches where cell division and growth are taking place are particularly needy. Transport of food materials to theses growing points is greatest in the spring and summer when growth is most prolific. Later in the years many plants form perennating organs (tubers, bulbs, corms, etc.)to which food materials are transported for storage until the following season. When the next season arrives the stored food is transported in soluble form to the growing points of the new plant.

The Important Role of Phloem Tissues in Transloaction

Transport of the soluble products of photosynthesis is called Translocation, and a number of experience have been done showing that it occurs in the part of the vascular tissue known as the phloem. In flowering plants phloem tissue consists mainly of elongated sieve elements placed end so as to form long sieve tubes running parallel with the long axis of the plant. each sieve element is derived from a cell whose nucleus disintegrate during development. Its end walls, known as sieve plates, are perforated by numerous pores which allow the passage of materials from one sieve element to the next. the inside of the sieve element is filled with fine cytoplasmic filaments which are continuous, via the pores in the sieve plate, with similar filaments in the next sieve element. The cytoplasm of these filaments is structurally very simple: it contains no endoplasmic reticulum, mitochondria, plastids or other organelles. All these disintegrate during development. A few such organelles persist immediately adjacent to the cellulose walls, but elsewhere they are totally absent.

Closely applied to the side of each sieve element are one or more companion cells, which posses a nucleus, dense endoplasmic reticulum, ribosomes and numerous mitochondria. Plasmodesmata connect each sieve element with its adjacent companion cells. The latter are the site of intense metabolic activity, and one is tempted to assume that they provide the more inert sieve element with its metabolic needs. On purely structural rounds it would seem that translocation of food materials take place along the sieve tubes. Assuming this is an active process, we may postulate that the energy is derived from the adjacent companion cells. However, this is pure speculation.

Where is the Site of Translocation?

How do we know that Translocation occurs in the phloem? Some of the earliest investigations involved ringing experiments. It happens that in a mature tree trunk the phloem is confined to the bark, indeed the living component of bark is almost entirely phloem tissue. Now if a ring of bark is stripped off a tree trunk it can be shown that the sugar concentration increases immediately above the ring and decreases below it, indicating that the downward movement of sugars is blocked at that point.

More critical investigations have been carried out with radioactive traces. If a plant is exposed to carbon dioxide labeled with radioactive 14C, the 14C becomes incorporated into the end products of photosynthesis which are subsequently detected in the stem. That these substances are confined to the phloem can be shown by cutting sections of the stem, placing the sections in contact with photographic film and making autoradiographs. It is found that the sites of radioactivity correspond precisely to the positions of the phloem.

These experiments indicate that organic food materials are transported in the phloem tissues. In fact one can imagine that the sieve tubes carry a constant stream of materials from the leaves to the rest of the plant. A number of parasitic organisms make use of this and plug into the phloem of certain plants in order to gain nourishment. Thus several parasitic plants send out sucker-like processes that pierce the roots or stem of the host plant and link up with the sieve tubes. Dodder, a climbing plant belonging to the convolvulus family, attaches itself to the stems of various host plants in this way; broom rapes and toothwort go for the roots. In all these cases the fact that the parasites acquires ready-made organic food means that it does not require chlorophyll and accordingly it lacks the green color characteristic of most plants and has a yellow appearance.

A striking example of an animal parasite that feeds on the content of the phloem are aphids (green flies). Aphids suck plant juices by means of a proboscis, a sharp tube rather like a hypodermic needle which is inserted into the stem or one of the leaf veins. The plant juices then pass up the proboscis to the aphid’s stomach. Use has been made of this by T.E. Mittler of the University of California to study translocation. His method is beautiful for its simplicity and ingenuity. An aphid alights on a stem or leaf and inserts its proboscis into the tissue. An aphid alights on a stem or leaf and inserts its proboscis into the tissue. A stream of carbon dioxide is then passed over the animal in order to immobilize it. The proboscis is then cut as close to the head as possible and left sticking into the plant. It is found that fluid exudes from the cut end of he proboscis and may continue to do so for days, providing a perfect technique for tapping the contents of the phloem with minimum injury to the plant. The fluid is collected with a micro-pipette, and chemical analysis shows that it contains concentrated sugars and amino acids. That these substances really come from the phloem can be confirmed by cutting thin sections of the part of the stem or leaf which has the proboscis in it. In this way it has been demonstrated that the tip of the proboscis pierce a single sieve element.

The rate at which fluid exudes from an aphid proboscis may exceed 5mm3/h, which must delight the average aphid as it means that it does not even have to suck in order to get a plentiful supply of food. For a botanist this provide a means of calculating the speed of translocation. An exudation rate of 5 mm3/h  means that an individual sieve element must be emptied and refilled between 3 and 10 times per second. From this it can be calculated that the speed of translocation in an individual sieve tube is of the order of 1000mm/h, a figure which is about twice as great as those obtained from work with radioactive tracers.

The Mechanism of Translocation

It is generally agreed that the soluble products of photosynthesis, formed in the photosynthesis tissue, enter the sieve tubes by active transport. But what causes the movement of materials once they are in the sieve tubes? On this there is still no complete answer. Although sugars and amino acids tend to move along concentration gradient, the speed at which they travel makes it impossible to account for the process simply by diffusion.

This has led to the suggestion that there may be a passive massive flow of the solutes through the phloem as a result of the turgor pressure gradients: highest in the leaves where the sugar is formed (the source) and lowest in the roots (the sink). The high turgor pressure at the source could result from the high sugar concentration, and therefore high osmotic pressure, in the leaf cells. However, if this mass flow occurs one would expect different substance to move at the same speed, but it is known from tracer experiments that sugars and amino acids can move at different speeds, and even in opposite direction within the same sieve tube.

To some extent the fact that different solutes move at different speeds can be explained by their differing molecular properties, or by arguing that if the walls of the sieve tubes are not equally impermeable to all solutes, the ratio of concentration of the various solutes with be expected to change as they move along the sieve tube, with a resulting change in their rate of flow. But supporters of the mass flow hypothesis are hard put to explain bi-directional movement in one and the same sieve tube.

There is another objection to the mass flow hypothesis. Calculations indicate that the gradients of turgor pressure which actually exist would be insufficient to overcome the considerable resistance imposed by the sieve pores, particularly as the pores are bunged up with filaments. This has led to the suggestion that mass flow might be aided at the sieve plates by electro-osmosis. Electro-osmosis is the passage of water across a charged membrane. It is argued that an electrical potential might be maintained across the sieve plate, the lower side being negative relative to the upper side. Such a potential could be maintained by an active pumping of positive ions in an upward direction. A charged solution in a sieve element would be expected to flow through the sieve plate towards the negative side in a manner similar to that which occurs in electrophoresis. Although theoretically possible, there is little experimental evidence that this actually happens. Can you think of any other objections to this hypothesis?

Another mechanism which has been put forward is surface spreading. The idea here is that solute molecules might spread over the interface between two different cytoplasmic materials, as oil spreads at a water-air interface. The molecular film so formed could be kept moving by molecules being added at one end and removed at the other. A major objection here is that the films would be so thin that a very large number them would need to be formed to account for the known rates of translocation. However, sieve tubes do contain numerous membranes and filaments which collectively might provide the necessary surface.

Independent movements of different substances strongly suggest that translocation involves some sort of active mechanism. This is supported by other lines of evidence. For example, there is a close correlation between the speed of translocation and metabolic rate of the phloem. Again, lowering the temperature and treatment with metabolic poisons both reduce the rate of translocation, suggesting that it is an active energy-requiring process which cannot be explained by physical forces alone.

In their search for a mechanism of translocation, botanists nowadays attach increasing significance to the protein filaments which span the sieve elements from end to end. These filaments are continuous from one sieve element to the next via the pores in the sieve plates. High magnification electron micrographs suggest that in the vicinity of the sieve plate the protein filaments take the form of microtubules of approximately 20nm diameter, but as they traverse the sieve element they break up into finer strands. It has been suggested that solutes might be transported by streaming along these protein filaments, the necessary energy coming from the sieve tubes themselves or the companion cells. It is envisaged that some strands convey solutes downwards, whilst others convey them upwards, thus accounting for the bi-directional flow of materials that is known to occur in the sieve elements. Some botanists claim to have seen cytoplasmic streaming in sieve tubes.

How exactly this steaming occurs is unknown, but one suggestion is that the protein is contractile, rather like that found in muscle, and material is swept along by some kind of wave-like contraction of the filaments.