Deep fake technology is a new technology revolutionizing the entertainment industry. It allows the manipulation of actual video and audio recordings to create believable outcomes and results in near real time. Through this technology, it is possible to create incredibly realistic videos and even voices. The applications for this technology are seemingly endless as it is becoming more and more advanced.

What is deep fake technology?

It refers to artificial intelligence-based algorithms and methods used to create realistic media from already existing content by combining the input from multiple sources. This process is referred to as neural synthesis. The technology behind deep fakes is based on Generative Adversarial Networks (GAN) that allow researchers to use existing media to create realistic-looking content. Deep fake technology has been used in projects such as creating realistic lip-syncing, recreating digital actors and dubbing voices in movies.

The technology has been advancing rapidly and is now reaching commercial viability. There are many use cases for this technology, including creating digital commercials and ads, creating virtual courtrooms, virtual reality gaming and even video conferencing. This technology is becoming increasingly popular and is being embraced by many industries. It has been used in movie production, video game development and even in creating news stories.

The potential applications for this technology are only limited by the imagination. From creating realistic movies to helping with facial recognition software and in virtual reality technology, this technology has a lot of potential for the future. Companies like Intel, Microsoft and Google are already beginning to adopt this technology and its use is only likely to increase.

Despite its potential misuse, deep fake technology is a revolutionary new technology. It has the ability to create realistic media content with near real-time results, making it a powerful tool for the creative industries. Although it has its drawbacks, its potential applications can help create a new wave of entertainment and opportunities in the future.

Deepfake technology has been around since the early 2000s, but it has seen exponential growth in recent years. In its most basic form, deepfake technology is a type of artificial intelligence (AI) that allows users to create realistic video or audio recordings by manipulating existing content. This means that it is possible to take an existing image or video clip and replace or modify the contents or add new elements, thus producing an entirely new output.

The technology has been used to great effect in the field of computer animation, web manipulation, and video effects. However, its utility has always been in the manipulation of video or audio content. This has allowed for tremendous advances in media production and delivery, making it easy to generate believable scenes or conversations.

As the technology developed, so did its applications, with the rise of realistic virtual models in online games, and eventually with the development of deepfake-based software that can automatically generate synthetic audio or video content. Companies such as Lyrebird and Descript have managed to create convincing virtual actors and voices for video projects, which can be used for television shows, movies, advertisements, and more.

The technology continues to demonstrate its remarkable abilities, with the creation of deepfakes being able to mimic the voices and appearances of celebrities, politicians, business people and more. This has raised ethical considerations, as deepfakes can be used to sway public opinion or even to spread false information. Despite this, its potential applications are growing, with some believing that it will eventually be used to create cinematic experiences, virtual worlds and more.

As with many new technologies, deepfakes come with potential unknowns, particularly when it comes to their applications. There is a risk that they could be used maliciously to manipulate public opinion and cause disruption in certain areas. Still, its potentials are vast and could improve numerous application scenarios across a variety of platforms.

Overall, deepfake technology is moving fast and has a bright future ahead. It has the potential to revolutionize the way the world creates and consumes media, enabling a new level of realism and creative expression. Its implications and effects have yet to be seen, but the advancements made thus far have been incredible. 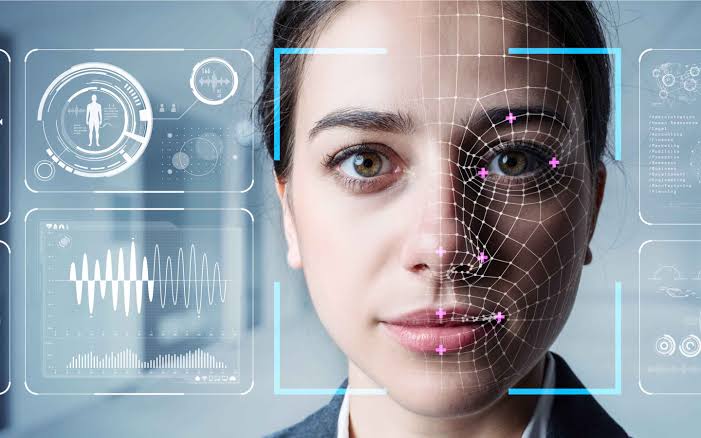 One of the major uses of Deep Fake technology is in the entertainment industry. Actors and actresses can be replaced with impromptu animation, or replaced with digital avatars, allowing for entire films to be created depicting any universe imaginable. With motion capture and voice recognition, even major motion pictures can now be taken in and produced with automation. Additionally, physical limitations and ethical concerns can be avoided since the virtual actors don’t need to be physically harmed to produce the desired results.

Deep Fake technology can also be used in Augmented Reality (AR). With it, an entire virtual world can be created to interact with a user’s physical environment. Deep Fakes are used to generate facial recognition and speech, enabling users to communicate with virtual characters. AR can also be used for entertainment purposes, allowing for enhanced experiences in gaming, watching sports events, and attending concerts.

Deep Fake technology has also proven to be incredibly useful in terms of security and surveillance. Facial recognition systems can be used to identify criminals and perps, and alarms can be triggered based on facial recognition. Furthermore, video analysis can be employed to identify suspicious behavior, and entire surveillance networks can be created to monitor sensitive areas.

In the medical field, Deep Fake technology can be used to diagnose diseases and generate treatment solutions based on digital images. Additionally, deep learning techniques can be utilized to make medical decisions based on past patient records and history, allowing for improved prediction and diagnosis accuracy. As a result, medical errors caused by human error can be avoided.

Deep Fake technology is also being used for educational purposes. By using computer-generated simulations, students can be taught topics that are beyond the scope of traditional learning. Such simulations can help students of all ages better understand complex topics in a fun and engaging way.

In the world of e-commerce, Deep Fake technology can be used to improve the shopping experience. Facial recognition can be used to generate personalized recommendations and shopping preferences. Furthermore, with the help of chatbots and digital assistants, customers can find their desired products quickly and easily.

In the right hands, deep fakes can be used for good. For example, the technology can be used for medical studies and therapeutic purposes. AI-generated videos of people in rather compromising situations or experiencing traumas, can be used to help psychologists or mental health professionals train new medical staff or further their research.

In other cases, deep fakes can be used to create realistic-looking virtual characters in video games, or to make movie special effects more believable. Natural-looking effects can be created that would otherwise be too difficult or expensive to create in the physical world. That saves money and a lot of time.

With the creation of deep fake technology, the possibility of malicious deep fake videos has also been created. Fake videos used to spread disinformation or manipulate public opinion are a risk. Similarly, videos of celebrities used to publicly shame them or to damage their reputation are also a concern.

The technology can also be used to create false evidence or to discredit someone or something. In other words, with the wrong hands, deep fakes can be used for nefarious purposes. This is why it is important for lawmakers to craft legislation to help deter malicious use of the technology.

Deep fake technology has brought with it great potential, but also many controversies and misuse of the technology. It is ultimately up to lawmakers and those who craft legislation to ensure that this powerful technology does not lead to more harm than good.