You Are Here: Home » The Electronic Structure and Uses of the Noble Gases 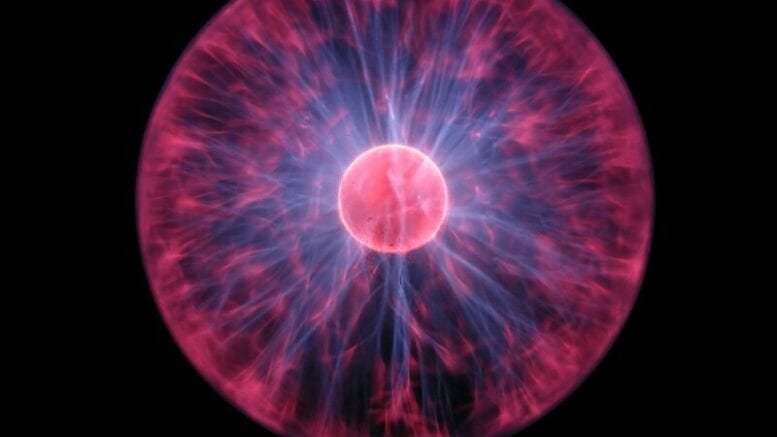 The elements of Group 18 have been called the “noble gases”, “the inert gases” and “the rare gases”. Both are misnomers, since the discovery of the xenon fluorides in 1962 shows that xenon is not inert, and argon makes up 0.9% by volume of the atmosphere.

Helium has two electrons which form a complete shell 1s2. The other noble gases have a closed octet of electrons in their outer shell ns2np6. This electronic configuration is very stable and is related to their chemical inactivity. These atoms have an electron affinity of zero (or slightly negative) and have very high ionization energies – higher than any other elements. Under normal conditions the noble gas atoms have little tendency to gain or lose electronics. Thus they have little tendency to form bonds and so they exist as single atoms.

Occurrence and Recovery of the Elements

The gases Helium, Neon, Argon, Krypton and Xenon all occur in the atmosphere. A mixture of the noble gases was first obtained by Cavendish in 1784. Cavendish removed N2 from air by adding excess O2 and sparking. The NO2 formed was absorbed in NaOH solution. The excess O2 was removed by burning with S and absorbing the SO2 in NaOH solution. This gave a small volume of un-reactive gas.

Argon is quite abundant and can be recovered by fractional distillation of liquid air (see under “Nitrogen”, Chp. 14). Ar constitutes 0.93% by volume of air (i.e. 9300ppm). It originates in the air mostly from electron capture (β + decay) of potassium:

World production of Argon is over 700 000 tonnes/year.

The other noble gases are much less abundant. The abundant of He in the atmosphere is only about 5ppm by volume and recovery from air would be very expensive. A cheaper source is from natural gas deposits. Where the hydrocarbons are liquefied leaving Helium gas. The Helium has been produced by radioactive decay and trapped underground. The richest source is in southwest USA where the natural gas contains 0.5 – 0.8% He. This provides most of the world’s supply of Helium. Other natural gas deposits containing appreciable amounts of He have been found in Algeria, Poland, the USSR and Canada. World production was 18 800 tonnes in 1993.

The non – radioactive noble gases are all produced industrially by fractional distillation of liquid air. This gives large amounts of dinitrogen and dioxygen and only a small amount of the noble gases. (The dioxygen is mainly used for steel making). Of the noble gases, Argon is obtained in the largest amounts and it is the cheapest.

Radon, Rn is radioactive and is produced by the decay of radium and thorium minerals. A convenient source is 226Ra and 100g of radium yields about 2ml of radon per day:

The most stable isotope222Rn is itself a α active and has a half life of only 3.8 days, so only tracer studies have been made.

Uses of the Noble Gases

The largest use of Argon is to provide an inert atmosphere for metallurgical processes. This includes welding stainless steel, titanium, magnesium and aluminium and in the production of titanium (Kroll and IMI processes). Smaller amounts are used in growing silicon and germanium crystals for transistors and in electronic light bulbs fluorescent lamps, radio valves and Geiger – Muller radiation counter.

Helium has the lowest boiling point of any liquid and it is used in cryoscopy to obtain the very low temperatures required for superconductivity and lasers. It is used as the cooling gas in one type of gas cooled nuclear reactor and as the flow gas in gas liquid chromatography. It is also used in weather balloons and airships. Though H2 has a lower density and is cheaper and more readily available than He. H2 is highly flammable. Thus on safety grounds He is used in preference to H2 in airships. He is much less dense than air. One cubic metre of He gas at atmospheric pressure can lift 1kg. Helium is used in preference to dinitrogen to dilute dioxygen in the gas cylinders used by divers. This is because dinitrogen is quite coluble bubbles of N2 in the blood. This causes the painful (or fatal) condition called “bends”. Helium is only slightly soluble so the risk of “bends” is reduced.

Small amounts of Neon are used in neon discharge tubes which give the familiar reddish orange glow of “neon” signs. The other gases are also used in discharge tubes to give different colours.

Physical and Chemical Properties of the Noble Gases