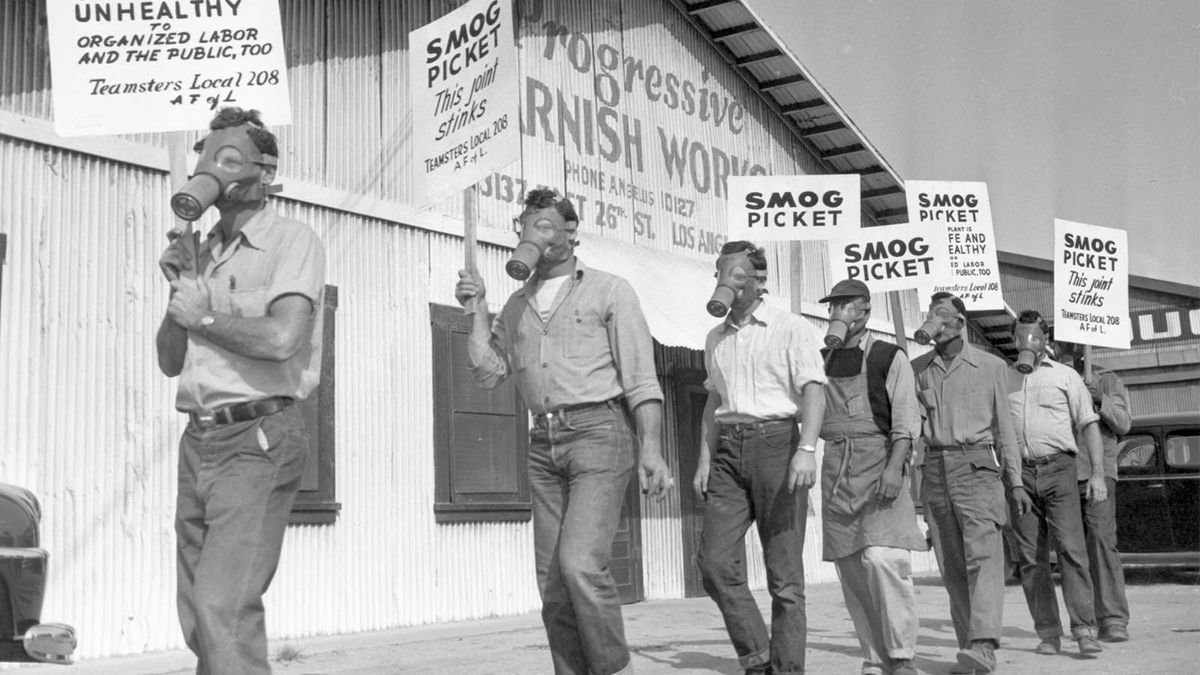 Clean air is something we tend to take for granted. But the air in the United States hasn’t always been so clean. In fact, during World War II, air pollution blanketed Los Angeles so intensely that residents — red-eyed and gasping for breath — feared Japan had launched a chemical attack.

Over the next couple of decades, Americans became more and more concerned with the chemicals that were being released into the air and the effects they could have on people’s health and the environment. Lawmakers came together from both sides of the aisle, ultimately drafting and unanimously passing the Clean Air Act of 1970.

But the Supreme Court case, West Virginia vs. Environmental Protection Agency (EPA), is currently challenging the Clean Air Act. Just how much authority the EPA has when it comes to regulating greenhouse-gas emissions related to climate change is part of what is to be resolved by the Supreme Court (more on the case in a minute).

What Is the Clean Air Act?

The Clean Air Act was born out of the modern environmental movement, which began in earnest in the late 1950s and ultimately led to the creation of the EPA.

In the 50-plus years since the Clean Air Act was established, air quality has vastly improved. Hundreds of thousands of Americans have been spared pollution-related death and disease, and countless ecosystems have been saved.

Up to that point, regulating air pollutants was largely left up to individual states and local governments, says Albert C. Lin, professor of law at the University of California, Davis. But experts eventually determined that “air pollution is not just a state or local problem, it’s a national or — as it turns out — a global problem,” Lin says. “And one of the major rationales supporting [federal regulation] was that pollution doesn’t stay within state boundaries … We needed national level regulations to address these negative externalities that were not being addressed through state regulations.”

The federal government’s first legislative foray into environmental regulation was the Air Pollution Act of 1955, which provided funding for federal research into air pollution. That led to the Clean Air Act of 1963, which created a program to research techniques for monitoring and controlling air pollution. In 1967, the Air Quality Act was enacted to conduct extensive ambient monitoring studies and stationary source inspections.

But a major shift in the federal government’s role in air pollution came with the enactment of the Clean Air Act of 1970.

What Did the Clean Air Act Establish?

The Clean Air Act of 1970 was significant because it was the first time the U.S. federal government vowed to take actionable steps to protect the health of Americans from air pollution. These measures became known as the Baker Principles, named for the late Republican Sen. Howard Baker of Tennessee, who, along with the late Sen. Edmund Muskie (D-Maine), shepherded the Clean Air Act of 1970 through a unanimous Senate vote, explains Frank Rambo, senior attorney and leader of the Clean Energy and Air Program at the Southern Environmental Law Center.

Those principals included the concept of technology forcing, a strategy that requires firms to use the best available pollution technology available to limit emissions, whether from industrial sources or mobile ones. It also established deadlines for government actions, made those government actions mandatory rather than permissive, and empowered American citizens with the authority to use federal courts to achieve objectives in the event bureaucracy or lawmakers fail to do so.

Major regulatory programs affecting stationary sources were also initiated, including National Ambient Quality Standards (NAAQS), which set allowable levels of harmful pollutants. The adoption of this legislation coincided with the establishment of the EPA, which was created Dec. 2, 1970, to implement the various requirements spelled out by the Clean Air Act.

How Has the Clean Air Act Evolved?

Since it was enacted, there have been two significant amendments to the Clean Air Act of 1970.

The 1977 amendments addressed issues that arose, including how to deal with states that were not achieving the national ambient standards, as well as how to allow for new sources of air pollution from industries while improving air quality to achieve national standards, Lin says.

The 1990 amendments expanded and modified the existing NAAQS provisions and established the program that phased out chemicals that damaged the ozone layer. But one of the most noteworthy milestones of the 1990 amendments was the Acid Rain Program, which sought to reduce sulfur dioxide and nitrogen oxide emissions from fossil fuel-powered plants.

Acid rain is caused when sulfur dioxide emissions combine with atmospheric water. The resulting acidic rain has a detrimental effect on trees, freshwaters and soils, and destroys insects and aquatic animals.

“Acid rain was a huge problem,” Rambo explains. “It was decimating places like the Smokies and Appalachians, and was primarily caused by sulfur dioxide from coal fire plants.”

The Acid Rain Program under the Clean Air Act was also the first national cap-and-trade program in the country. Cap and trade programs incentivize firms to invest in clean alternatives that reduce their emissions credits. Those that fall under the cap may sell or trade their unused credits to other companies so a state’s overall output falls within regulations.

How Successful Is the Clean Air Act?

“The Clean Air Act has been wildly successful,” Rambo says, “especially when you take into account the doomsaying that has been coming from certain quarters from the get-go: ‘It’s going to cost too much’ and ‘It’s going to strangle industry’ and ‘the economy is going to buckle under the weight of heavy regulation.’ That’s not happened at all.”

Since the Clean Air Act of 1970 was enacted more than 50 years ago, numerous studies have shown its achievements, including a 78 percent reduction in six of the most common pollutants and a 73 percent improvement in air quality.

That cleaner air has translated into improved public health, as well. According to a peer-reviewed 1997 EPA Report to Congress on the benefits of the Act from 1970 to 1990, pollution reductions under the Act in 1990 alone prevented 205,000 early deaths, 10.4 million lost I.Q. points in children due to lead exposure, and millions of other cases of health effects.

Another study found that reductions in fine particle pollution between 1980 and 2000 in U.S. cities led to improvements in average life expectancy at birth of approximately seven months. Lowered levels of pollutants have also dramatically reduced acid rain and saved precious ecosystems.

And, it’s proven to be a sound financial investment, too. Analyses of the cost effectiveness of the Clean Air Act statues show “it actually comes out on top as far as bang for the buck,” Lin adds. “When you quantify dollar value and lives saved and diseases prevented, etc., and compare that to the cost of putting in the pollution control, the Clean Air Act has been one of the most successful statutes.”

“It’s wildly successful,” Rambo reiterates, “but there’s still some issues that need to be addressed.”

Now back to West Virginia vs. EPA. It’s related to one of the issues plaguing the Clean Air Act: How much authority it grants the EPA in regulating greenhouse-gas emissions from coal-fired and gas-fired power plants, specifically existing ones. The Supreme Court is currently hearing the case and is expected to make a ruling on it in the 2022 session that could clarify that question.

It involves a yearslong challenge from coal-mining companies and Republican-led West Virginia that argue the Supreme Court should limit the EPA’s power to issue significant rules that can reshape the country’s electricity grids, which would expand the EPA’s power to “an unprecedented level.”

However, legal experts have signaled that a ruling that limits the EPA’s authority would handicap the agency’s future ability to regulate air pollution. And depending on how SCOTUS rules, Congress could also be severely limited in its capacity to oversee the EPA and other federal agencies, which would have the potential to gut the U.S.’s power to fight climate change.

Robert Percival, the director of the Environmental Law Program at the University of Maryland, told Energy News after the Supreme Court announced its plans to take up the case, “This is likely to result in one of the most significant environmental rulings the court has ever reached.”