Sir Isaac Newton, (25 December 1642- 20 march 1726) described in his time as a natural philosopher, was an English Physicist, mathematician, theologian, author and astronomer, who is known as one of the greatest mathematician and most influential scientist.

Sir Isaac Newton was born on Christmas day, 25 December 1642 at Wollsthorpe manor in the country of Lincolnshire. His father, who is also Isaac Newton, died three months before his birth. Newton was a small child because he was born prematurely. According to his mother Hannah Ayscough, he could have fit inside a quart mug. When Isaac was still there, his mother got married to the Reverend Barnabas Smith and went to live with her new husband, leaving Newton to stay with his grandmother, Margery Ayscough.

According to an entry in list of sins he committed up to the age of 19, Newton disliked his step father and had some enmity for his mother for marrying him. Newton’s Mother had three children from her second marriage; Mary, Benjamin and Hannah.

From the age of twelve to seventeen, Newton was educated at the King’s School, Grantham, a school that educated in both Greek and Latin. By October 1659, he was removed from school and returned to his hometown. His mother, who was at that time widowed for the second time, tried to make him a Farmer, but it was an occupation Newton hated. A master of the king’s school, Henry Strokes, convinced his mother to send him back to school.

Partly motivated by a desire for revenge against, against a bully in school, he became the top ranked student. In June 1661, on the recommendation of Rev William Ayscough, his maternal uncle, Newton was admitted to Trinity College, Cambridge. He saw himself through by performing valet’s duties, till he was given a scholarship in 1664, which warranted him four more years till he could get his MA. Shortly after Newton got his bachelor degree in August 1665, the university closed temporarily as a means of preventive against the Great plaque. In April 1667, he came back to Cambridge and was elected a fellow of Trinity in October. 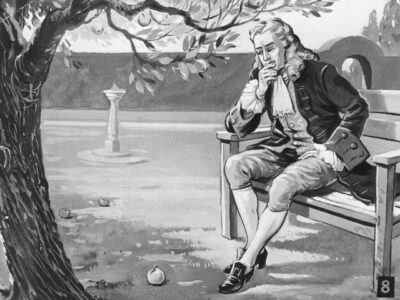 Around 1664, Newton wrote down in his note book, a series of questions about mechanical Philosophy as he found it. In 1665, he discovered the binomial theorem and commenced developing a mathematics theory that later got to be Calculus After his college closed temporarily in 1665, due to the great plaque, Newton had private studies in his hometown over the next two years which brought the development of his theories on the law of gravitation, Optics and the Calculus In June 1669, his work, Analysis by equations with an infinite number of terms, sent to John Collins by Isaac Barrow, was identified by Barrow in a letter to Collins as the work of genius .

In 1669, he was appointed Lucasian professor of Maths. In 1687, he published the Principia, where he stated the three universal laws of motion. In 1703, Newton was made president of the Royal society. In 1705, Newton published Optics. In this same year he was knighted by Queen Anne. Newton is generally credited with the binomial theorem. 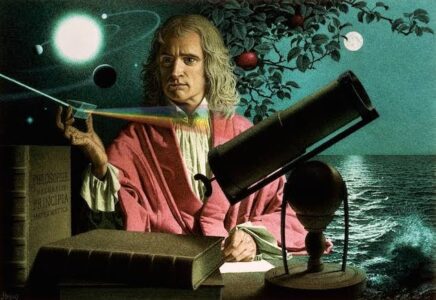 Isaac Newton was born in an Anglican family, but in his thirties, it was believed that he held a Christian faith so private, but would not have been considered acceptable by the mainstream Christianity, had it been made public. One historian had labelled him a Heretic. Newton saw Christ as a divine mediator who is between God and man, and was an auxiliary to the great Father that created him. To him, the great apostasy was trinitarianism. In his eyes, worshiping Christ as God was a fundamental sin, and idolatry.

Sir Isaac Newton died in his sleep on 20 march 1727, in London. He was buried in Westminster Abbey.

After the Death of Sir Isaac Newton

Some of Newton Isaac’s works were still published even after he died. These works includes De mundi Systemate 1728 Optical Lectures- 1728 The Chronology of ancient Kingdoms amended 1728 Observation on Daniel and the Apocalypse of St John – 1733 Method of Fluxions 1736 Historical accounts of two Notable Corruption of sculpture.