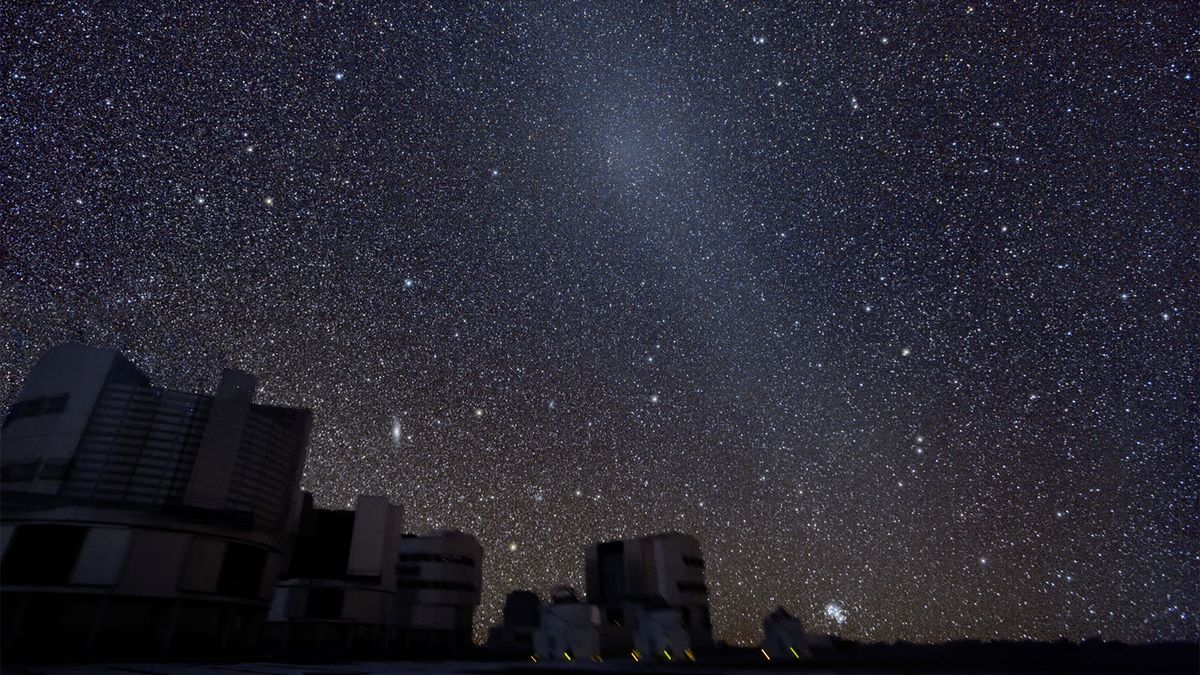 No matter how much we think we know about our planet, there’s always more to discover. For example, you could be out enjoying a nice evening of stargazing under an inky black sky and suddenly spot a brighter area of light in the sky. Is it a UFO? (No.) Maybe the aurora borealis? (Unlikely, unless you live in an area where that’s visible.)

Instead, you might be experiencing the phenomenon known as the gegenschein. Translating directly from German as “faint light,” the gegenschein occurs under very specific astronomical conditions when the sun reaches the exact opposite of Earth from wherever you’re stargazing. Here’s what causes it – and how to try and see it if you’re keen for a unique astronomical experience on your next night under the stars.

The Fascinating Phenomenon of the Gegenschein

So what is the gegenschein exactly? Astrophotographer and astronomy communicator Mary McIntyre helps illuminate the phenomenon – all puns intended.

“The gegenschein is a faint, oval spot of light that may be visible in a very dark, clear sky, at the anti-solar point, i.e., the point in the sky that is exactly opposite the sun,” McIntyre explains. “[The Gegenschein] is closely associated with zodiacal light, and both are caused by sunlight being scattered by a disc of interplanetary dust. This disc of dust extends out probably beyond the orbit of Jupiter, and the individual dust particles are tiny; between 3.9 and 0.01 inches (0.001 and 0.3 millimeters) across.” Yes, our planet is like Peanuts’ Pigpen, sitting in a cloud of dust.

McIntyre continues: “The gegenschein is fainter than zodiacal light but brighter than the rest of the band of dust. Its formation is tied in with the opposition surge and backscattering of light by the dust particles.” Wait, what surge? It turns out that explaining the gegenschein requires a bit more knowledge of complex astronomic effects.

“The opposition surge is the brightening of a rough surface or an area that contains many small particles when it is illuminated from directly behind the person observing it,” explains McIntyre. “In astronomy, planets are best observed when they are at opposition, or the point in the sky directly opposite the sun. A more common example that we see each month is the full moon, which is fully illuminated by the sun on the opposite side of the sky.”

So the opposition surge (also sometimes called the opposition effect) causes the particles of interplanetary dust on the opposite side of Earth from the sun to be slightly brighter – that’s the gegenschein.

Conditions Must Be Perfect

Seeing the gegenschein is about as complex as explaining what causes it. In order for the gegenschein to be visible, there are certain astronomical conditions that need to be met. First off, you need a dark, clear sky. And by clear, we mean an absence of both clouds and other particulates in the atmosphere like pollution or humidity; this means that summer isn’t the best time to try and see the gegenschein, though it is still possible in the right locations.

Speaking of the best seasons to see the gegenschein, there’s another reason winter is a better time: “You will have more chance of seeing the gegenschein during the winter months because the antisolar point will be at its highest point at local midnight,” explains McIntyre. “If you want to find out exactly where the antisolar point is, you can use newer versions of the free planetarium software Stellarium to label it against the night sky stars.”

“You also need a night when there is no moonlight bleaching the sky,” says McIntyre. Look for the gegenschein if you’re out stargazing on the night of the new moon – or a day or two on either side of it.

Finally, you’ve got to get the right timing: “It is most likely to be visible around local midnight when it is at its highest point in the sky,” McIntire advises.

Putting it all together, that means you need to look for the gegenschein during a winter new moon (or close to it) when the sky is clear, around midnight local time, from a location that’s far from city lights and other sources of light pollution. Not too tricky at all, right?

Tips to See the Gegenschein

Assuming you can meet all of the above conditions for timing, seasonality and atmospheric clarity, there are some other tips to spot the gegenschein if it’s possible.

First, your eyes need to be fully adjusted to the dark. This takes around 20-30 minutes, advises McIntyre. This means no checking your phone notifications or anything else on your devices during that time, as they’ll restart the clock on your eyes adjusting completely.

“You may also need to use averted vision to see it,” she says. “This is a trick astronomers use frequently to view faint objects. Just look slightly off to the side of an object and the more sensitive cells in your eye, the rods, will allow you to see the object in your peripheral vision more brightly than when you look directly at it.”

The gegenschein isn’t the only phenomenon of its type; you can also experience “heiligenschein,” which is caused by water droplets in the form of dew. “If you’re out early in the morning on a sunny day when the sun is still low and the ground around you is covered in dew, take a look at the region around the head of your shadow; you may notice it is surrounded by a white glow,” says McIntyre.

How does the heiligenschein work? “Each of the spherical dew drops acts like a little lens. As well as scattering the light in many directions, some of the light gets bounced back exactly along the path it came from, causing some back-scattering and therefore brightening around the antisolar point [in your shadow],” McIntyre explains.