Magnetic Material: Steel is more suitable for permanent magnets, because it high coercivity meaning that it is not easily demagnetized by shaking. The fact that the remanence of iron is a little greater than that of steel is completely outweighed by its much smaller coercivity, which makes it very easy to demagnetize. On the other hand, iron is much more suitable for electromagnets, which have to be switched on and off, as in relays. Iron is also more suitable for the cores of transformers and the armatures of machines. Both of these go through complete magnetizing cycles continuously: transformer cores because they are magnetized by alternating current, armatures because they are turning round and round in a constant field. In each  cycle the iron passes through two parts of its hysteresis loop where the magnetizing field is having to demagnetize the iron. There the field is doing work against the internal friction of the domains. This work, like all work that is done against friction, is dissipated as heat. The energy dissipated in this way, per cycle, is less for iron than for steel, because iron is easier to demagnetize. It is called the hysteresis loss.

In a large transformer the hysteresis loss, together with the heat developed by the current in the resistance of the windings, liberates so much heat that the transformer must be artificially cooled. The cooling is done by circulating oil, which itself is cooled by the atmosphere: it passed through pipes which can be seen outside the transformer, running from top to bottom.

The higher the resistivity of a magnetic material, the less the eddy-currents in it when the flux through it is changed; and therefore the less the energy lost as heat. 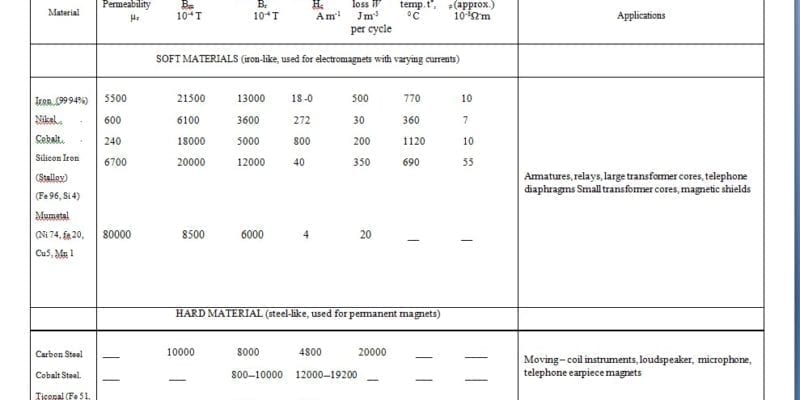