You Are Here: Home » Structural Significance of Sclerenchyma Cells 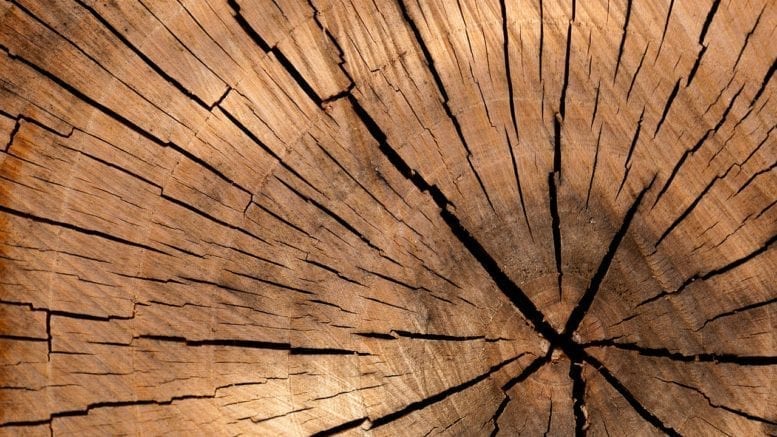 The structure and position of this tissue also indicate its primary strengthening functions, but it is clearly distinguishable from collenchyma. Two widely diverse forms of sclerenchyma cell are generally recognized; the fibre, which is a long narrow cell, and the sclereid, a much shorter, almost isodiametric cell. Numerous intermediates between these occur.

The sclerenchyma fibre has a long, spindle-like shape with finely tapering ends in the general case, but blunt or even branched ends may be found to the cells. In cross-section the fibres are sharply polygonal in outline and usually closely packed, with little or no air-space between them. The cell walls are often comparatively thick and each consists of a primary wall bearing heavy depositions of lignified secondary substance laid down in laminated pattern. The lumen is usually no more than a small fraction of the total cell volume, having been occluded by the deposition of the secondary cell wall. Pitting is  normal and there may be simple or bordered pits. Not always is the wall substance lignified; in flax the wall is almost pure cellulose. When the wall has been fully built up, the protoplast is reabsorbed by surrounding tissues and the lumen is therefore empty.

READ MORE:  5 Types of Connective Tissues in Animals and their Functional Roles

Fibres usually occur in isolated groups or as cylinders following the outline of the cortices of stems and roots and are also frequently associated with vascular tissues. In the outer cortical regions of ribbed stems, bundles of sclerenchyma cells may strengthen the ribs, and form an interlaced pattern connected with the epidermis. In many monocotyledon leaves, sclerenchyma cells form rigid strands, cross-connecting the epidermal layers in girder fashion. In association with vascular tissues, sclenrenchyma fibres may form outer or inner caps to the vascular bundles or entirely ensheathe them. Fibres may occur, interspersed singly or in groups, in the primary and secondary xylem and phloem conducting elements. This is highly characteristic of the angiosperms. In these higher vascular plants, sclerenchyma fibres are often described as xylem fibres, phloem fibres, cortical fibres or perivascular fibres according to their location.

Sclereids are too varied in form to be generalized. Stone cells are short and roughly isodiametric; they occur singly or in groups in the cortex, phloem and medulla of stems and in the flesh of fruits. Micro-sclereids are elongated rod-like cells forming a close palisade to protect the outer surfaces of the seeds and fruits. Bone-form sclereids (osteo-sclereids) are similar in function, but are columnar in shape, with enlarged ends. Star-sclereids are irregularly branched in outline and are found in some dicotyledonous plant leaves. Sclereids of various form may also in groups of xylem and phloem interspersed with fibres; distinction is often difficult, since fibres and sclereids may be intergraded. It is not unusual for parenchyma cells to become lignified and differentiated as sclereids; they join groups of fibres at the periphery of the vascular bundle system in stems. All sclereids have small empty lumina and thick heavily-pitted walls.

Sclerenchyma fibres and sclereids are extremely strong and tough when compacted as a tissue. Plants such as flax and hemp have been cultivated to produce the material for linen and rope-making. Retting (rotting) by fungal and bacterial action, frees the tough fibrous strands from the soft ground tissues.

Be the first to comment on "Structural Significance of Sclerenchyma Cells"