You Are Here: Home » Structural Significance of Collenchyma Tissues 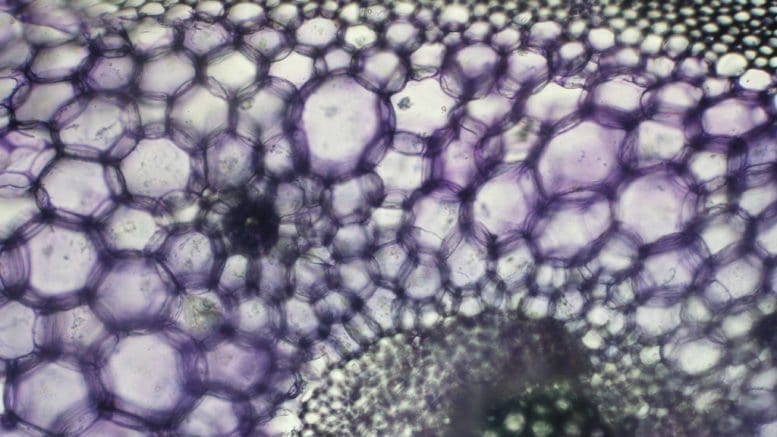 This is a simple tissue consisting of one type of cell only the structure and position of the cells indicate the primary supporting function. Collenchyma can be regarded as specialized parenchyma, since the two tissues are always found in close association and frequently blend imperceptibly with one another. Further, collenchyma cells may contain chloroplasts and can, on occasion, change function and become meristematic.

In general shape, the cells are elongated parallel to the longitudinal axis of the organ in which they occur and possess tapering end walls. The cross-section shows a comparatively small lumen or cavity. Shape is variable however, and there may be transitions from the elongated tapering structure to quite short prismatic cells where the collenchymas blends into adjacent parenchyma. By far the most constant distinguishing character of collenchyma cells is the structure of the walls. They are primary walls which are thickened irregularly by cellulose and pectic materials containing much water. This property causes them to shrink considerably when treated with dehydrating substances. There are three fairly clearly-recognizable patterns. In the first, sometimes known as angular collenchymas, the main deposition of wall material is in angles of the cavities, the remainder of the wall remaining thin. At points where several such thickened walls are in contact, the effect is quite unmistakable, for no other cells are thickened in this way. The second form is sometimes known as lamellar collenchymas and wall thickening in this case is largely confined to the tangential walls of the cells, the radial walls remaining comparatively thin. in the third form, lacunate collenchymas, large air spaces exist between the cells, and wall thickening is in general confined to the areas adjacent to the spaces. In longitudinal sections, the walls show the variability in the thickening according to the precise direction of the cut. In all cases the walls show primary pit areas through both thin and thickened regions. At maturity, the thickened cell walls still enclose living protoplasts, and these frequently include chloroplasts.

Collenchymas occurs as the first-formed supporting tissue in growing organs, particularly young stem, leaves and flower parts. It may persist as the main supporting tissue everywhere in mature dicotyledonous herbaceous plants which do not develop secondary tissues. Some monocotyledons do not form it at all. Its position is nearly always peripheral, immediately beneath the epidermis or only separated from it by one or two parenchyma layers. It may form one or more continuous cylinders in rounded stems and petioles, or separate bundles along the ribs of organs which are ribbed or angular in outline. Occasionally, even the outer epidermis may be collenchymatous in nature. In some leaves it may be found on the upper and lower sides of the veins and sometimes on the leaf margin.

Its flexible and plastic, i.e. mouldable, nature is admirably suited to the purpose it serves. Its plasticity allows it to stretch with the other rapidly elongating and expanding tissues of young parts without hindering their development. Stronger but less plastic tissues such as such as sclerenchyma would exert considerable forces to prevent such elongation and expansion of adjacent tissues. Collenchymas is also strong enough to withstand the bending and twisting strains to which young plant parts are constantly subjected by the external conditions. Once full differentiation of other tissues has ceased, the collenchymas becomes much harder, more brittle and less plastic. Finally, it becomes a sturdy mechanical tissue and may even become lignified with a secondary wall. In woody plants undergoing secondary

Thickening, it is often the case that the peripheral collenchymas keeps pace with expanding girth by active division and growth. At any time, collenchymas cells may revert to a more parenchymatous nature by diminishing their walls and becoming meristematic, particularly if injured. In a few cases, the periderm of woody plants has its origin in a peripheral layer of collenchyma. 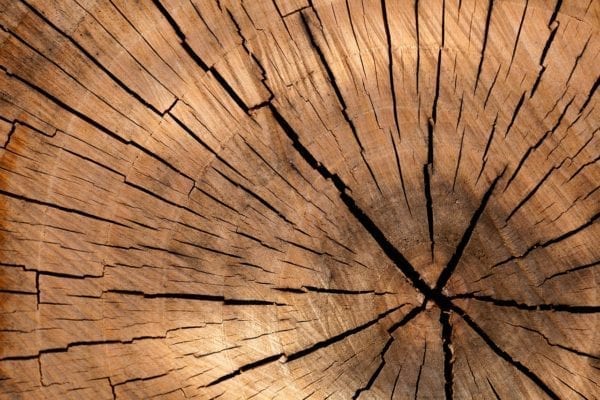 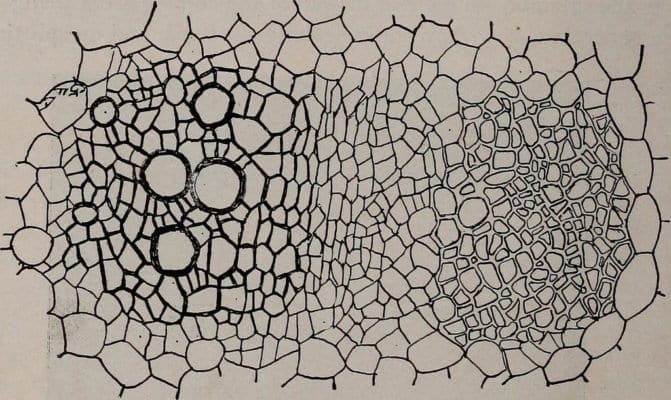