You Are Here: Home » Significance of the Laws of Thermodynamics in Metabolic Reactions

Energy conversions whether it is in a physical, chemical or biological system are all dependent on the Laws of Thermodynamics. These laws can, in a biological sense, be deployed in metabolic reactions or in the photosynthetic processes where sunlight facilitates the conversion of sugar into utilizable energy for the plant.

The First Law of Thermodynamics:  This law states that when one form of energy is converted into another form there is no net loss or gain. This implies that in the conversion process the total energy at the end of the process is equal to the amount of energy at the beginning of the process. It must be noted that not all the energy used in a conversion process are deployed entirely into the new form. Some of the energy can be lost as it is used in overcoming frictional forces or some can be dissipated as heat.

The Second Law of Thermodynamics:  This law states that when one form of energy is converted in to another form, some of the energy is lost as heat. In biological systems, when sugar is broken down not all the energy liberated is used in reconversion processes or in synthesizing more complex molecules because some of these energy is lost as heat which is very useful especially in warm-blooded animals which contributes significantly in the maintenance of a constant body temperature.

The concept of Activation Energy brings us to the significance of the Speed of Biological Reactions. When two molecules combine chemically to form a large molecule or macromolecule, there are factors that affect the speed at which the reaction goes to completion. This means that any factor that increases the rate of molecular collision would definitely increase the speed of a biological reaction because the reacting species or molecules are in a state of continual random motion. These factors generally affect speed of biological reactions:-

(i) The concentration of the substrate

(ii) The temperature of the reactants and the system

(iii)The presence of a catalyst.

(iv) Increasing the pressure and

(v) Removal of water molecules in which the substrates are dissolved in. 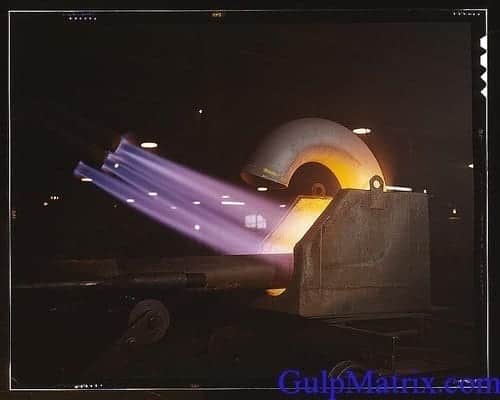 Photo by The Library of Congress

Any factor that increases collision of the reacting molecules would increase the speed of a reaction. Catalysts are very significant in speeding up reactions and a biological system is not left out. The substrate molecules are adsorbed onto the surface of the catalyst and as a result of the close proximity they have been brought into, they react much more quickly. The product produced then leaves the surface of the catalyst, remaining unchanged by the process and is therefore available for reuse. In biological systems, a different kind of catalysis powered by enzymes is observed unlike what we see in an inorganic system where inorganic catalysts such as iron, sulphuric acid, platinum and zinc play a major role.

Significance of the Laws of Thermodynamics in Metabolic Reactions