You Are Here: Home » The Role of the Genetic Code in Cell Development 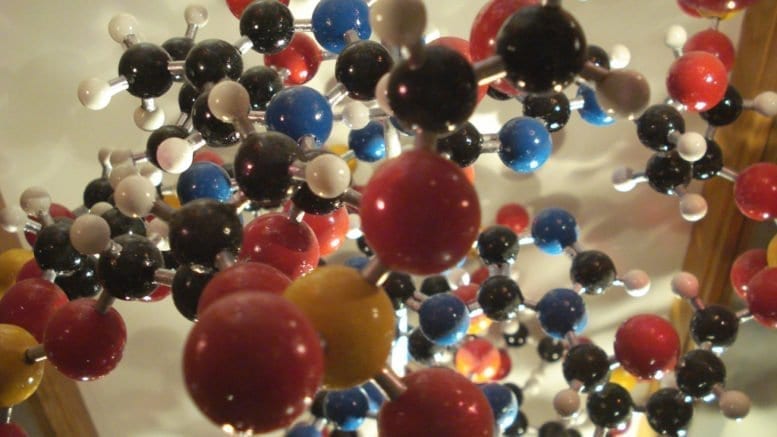 What role does the genetic code play during development? Briefly the problem is this. The cells of an adult animal, even an embryo, are highly specialized in structure and function: some develop into epithelium, others into muscle, nerve, and so on. And yet all these cells are derived from an original single cell, the fertilized egg. Studies on genetics have shown that the characteristics of a cell are determined by its genetic code that is by the sequence of nucleotides in the DNA within its nucleus.

There are two ways of getting round the theory and premises surrounding the role of the genetic code in cell development. One is to assume that, although the replication of DNA appears to be accurate, changes do in fact occur in the genetic code as development proceeds. Alternatively, we can postulate that the code remains unchanged but that different part of t are used in different cells at the various stages of development.

In order to rightly decide between these two alternative hypotheses, an experiment can be done which is elegant in its simplicity, correctness and precision. Let us consider the theory behind the experiment before we get involved with the practical details. If it is true that the genetic code remains unaltered during development, it follows that all the nuclei of the embryo, and indeed the adult, must contain all the necessary genetic information required for producing a complete adult organism. This being so, it follows that if a nucleus is extracted from an embryo or adult and implanted into an egg which has had its own nucleus removed, the egg, if it is capable of developing at all, should give rise to a normal individual. All this assumes, of course, that such finicky operation can be done without unduly damaging the nucleus, or the egg into which it is implanted. In 1952 two American biologists, Robert Briggs of the University of Indiana and Thomas King of the Institute of Cancer Research in Philadelphia conducted experiments on this using frogs as their specimen.

Briefly what they did was to take an embryo at the late blastula stage and immerse it in a fluid which, though harmless to the cells themselves, caused them to dissociate from each other and fall apart. A nucleus is then extracted from one of the cells by means of a micro-pipette. The secret is to use a pipette whose opening is just large enough to allow the nucleus to enter but too narrow to admit the rest of the cell. Meanwhile an egg is prepared for receiving the nucleus. It is activated by pricking its surface, or applying a brief electric shock, and its nucleus is flicked out by means of a fine glass needle. This last procedure is made easier by the fact that at this stage the nucleus lies close to the edge of the egg cell. Now it only remains for the donor nucleus to be implanted into the enucleated egg. This is done by carefully injecting it into the cytoplasm of the egg near the animal pole. The egg, with its own nucleus replaced by a nucleus taken from a blastula, is now left to develop.

This experiment has been repeated many times since Briggs and King first did it in the early 1950s. Despite a high mortality rate at first, the results are now reasonably consistent. In general, nuclei obtained from late blastulae are capable of sustaining normal embryos which, on occasions, develop right through to adults. The conclusion is that at least up to the late blastula stage no irreversible changes occur in the genetic information contained within the nucleus.

But might it not be possible that nuclear changes occur after the blastula stage? The most obvious way of testing this possibility is to repeat the experiment due to the small size of the cells, but it has been done. The results are variable, depending on the region of the body and the embryological stage from which the nucleus is taken. Also different species of amphibian give normal tadpoles and even adults, and in one of the most spectacular cases nuclei from tumors cells of an adult were found to be capable of producing normal tadpoles. Recently J.B. Gurdon of Oxford University has taken nuclei from the skin of an adult toad and injected them into enucleated egg cells: the eggs developed into tadpoles which subsequently metamorphosed into perfectly normal adult. In other words, a nucleus taken from a fully differentiated cell can direct the development of a complete animal.

A rather different kind of experiment has shown that the same thing applies to plants. F.C. Steward of Cornell University has taken mature cells from carrot root and cultured them on their own. When reared in the right conditions they have grown into complete new carrot plants. In other words a fully differentiated plant cell can revert to an undifferentiated state and go through the whole developmental process all over again