You Are Here: Home » The Role of DNA in Protein and Enzyme Synthesis 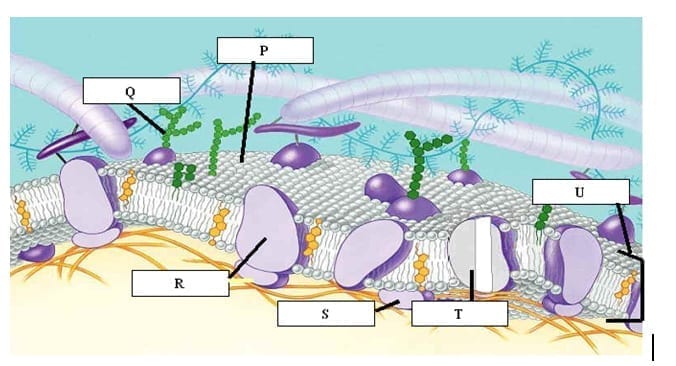 It is quite evident from results of molecular experimentations that the DNA is the molecule of heredity. Few would deny that the evidence is overwhelming. But how are the instructions for enzyme and protein synthesis embodied in the DNA translated into action? To answer this question we must first decide what exactly responds to the instructions. An analogy might be helpful here. An architect’s plan contains all the information for building a house. The complete set of coded instructions fits neatly onto one sheet of paper. However, if the house is to be built these instructions must be interpreted and put into action by a builder. With nothing more than architect’s blueprint at his disposal the builder must be able to construct the house to the architect’s exact specifications. In the same way the coded information in the DNA must be interpreted and translated into action in the cell.

There is every reason to believe that essential link is provided by enzymes. Everything a cell does- what it breaks down, what it synthesizes, what it develops into- is controlled by enzymes. We can therefore postulate that the role of DNA is to tell the cell what enzyme to make.

This is not mere speculation. It was shown as long ago as the 1940s by George Beadle and Edward Tatum that genes control the production of enzymes, at least in lower organisms. Beadle and Tatum, then on the staff at Stanford University in California, were interested in the genetics of the bread mould Neurospora crassa. They found that this mould would thrive on a minimal medium containing nothing but salts, sucrose and the vitamin biotin; it appeared that it could synthesize all its own amino acids. They then subjected samples of the mould to radiation treatment and found as a consequence that some of their progeny failed to live successfully on the minimal medium. By systematically testing the growth of these mutants on different media, they discovered that they had developed an inability to synthesize one specific amino acid. Moreover, crossing these mutants with the normal ‘wild type’ revealed this inability to be transmitted in a normal Mendelian manner. On the assumption that the inability to synthesize the amino acid was caused by the absence of a specific enzyme, Beadle and Tatum put forward the hypothesis that a single gene controls the production of a single enzyme, the one gene-one enzyme hypothesis. Numerous experiments on the biochemistry and genetics of micro-organisms have confirmed the general validity of this idea.

READ MORE:  Important Notes on Autism and How to Manage It

Nor is this concept confined to lower organisms. Various human disorders, known to be due to single genes(for example, phenylketonuria which is associated with a type of mental deficiency) have been shown to be caused by the absence of one specific enzyme.

From studies on the genetic control of complex molecules like haemoglobin, we now realize that genes control the production not only of enzymes but of other proteins as well. Moreover a single protein may contain several polypeptides each controlled by a different gene. In view of this it would be more accurate to restate Beadle and Tamur’s hypothesis as the one gene-one protein hypothesis, or even more accurately as the one gene-one polypeptide hypothesis. In general we can say that a single gene is responsible for the synthesis of a protein, or part of one.

DNA AS A CODE FOR PROTEIN

The role of DNA is to instruct the cell what protein to make. How might this be done? A typical protein contains at least twenty different types of amino acid arranged in a specific sequence. There may be as many as 500 amino acids altogether in a single molecule of the protein and the way these are arranged gives the particular protein its individuality. Somehow the DNA with its four different bases has got to determine the sequence in which the 20 types of amino acid are put together in the protein. The question is: how can a four letter code (for that is what DNA amount to) specify a 20-unit protein? It is obviously not possible for a single base to specify a single amino acid, for then only four different amino acids could be coded for, and proteins containing only four kinds of amino acids would mean that only 16 amino acids could be coded for. But three bases would mean sufficient: with these we can specify a total of 64 amino acids, more than enough to account for the 20 amino acids is three. We are thus faced with the proposition that a combination of three bases codes for one amino acid. This base triplet hypothesis was first put forward on purely theoretical grounds but since then a firm body of experimental evidence has been established to support it. A triplet of bases specifying an amino acid is known as a codon, and it forms the basis of the genetic code.

How Does DNA Communicate With the Cytoplasm?

We are now confronted with problem of how the instructions embodied in this code are put into effect. Look at it this way. The DNA is confined to the chromosomes in the nucleus but proteins are synthesized in the ribosomes in the cytoplasm. This means that somehow the code has got to be conveyed from the DNA in the nucleus to the sites of protein synthesis in the ribosomes. Only then can it be translated into action.

Evidence from a variety of sources suggests that the DNA in the nucleus somehow causes the production of another nucleic acid molecule, RNA. As this is the molecule which conveys the instructions to the cytoplasm it is called messenger RNA. Messenger RNA is similar to DNA except that it consists of deoxyribose, and the base uracil instead of thymine.