You Are Here: Home » Reproduction and Survival Mechanism of Hydra Species 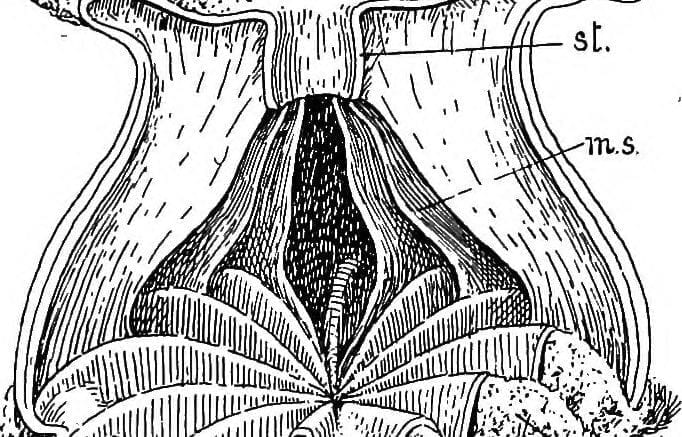 Hydra Species reproduce both asexually and sexually. Asexually reproduction is performed by a process known as budding. In favorable circumstances, the numbers will be multiplied thirty- or forty-fold in a few months. The buds arise somewhat nearer the base than the mouth end. They commence as outpushings of the enteron which cause all three layers to bulge out beyond the general surface. The bulge increases in size and becomes cylindrical. Shortly, tentacles and a mouth develop and soon the hydra feeds. Eventually, a constriction arises at its junction with the parent and soon it is pinched off, rises to the top of the water and remains there for some time before settling down. It has been recorded that the bud may help in separation by obtaining  a hold on an object with its tentacles and actively pulling itself away from the parent.

READ MORE:  The Physiology and Reproduction of Sponges

Sexual reproduction in Hydra species is seasonal; in Chlorohydra and also in H. grisea, it occurs early in summer;in H. fusca it occurs in autumn. The gonads are not true organs but merely aggregates of gametes; all traces of them disappear, and they may arise in a different place again. Gametes develop from interstitial cells which aggregate in clumps, causing the ectoderm to bulge outwards. Several testes occur in the anterior third of the body. The cells divide many times, giving rise eventually to minute sperm with rounded heads, narrow middle-pieces, and long flagellate tails. A thin weakened area develops in the covering of ectodermal cells. This soon bulges slightly as a papilla; the ripe sperm are liberated by the bursting of this papilla. Normally only one ovary develops, in the posterior half of the body. It begins as a group of interstitial cells. One becomes more enlarged and finally consumes the others to form a large oocyte. It undergoes normal meiosis and polar bodies are extruded. The ripe ovum is relatively enormous and packed with dark, spherical granules  of yolk; it bursts the musculo-epithelial coat to form a wide pore through which the sperm swim. Most species of Hydra are protandrous; this ensure cross – fertilization.

The cysts are very resistant and will survive long periods drought or very low temperatures. When conditions are favorable, each splits  open and a young hydra emerges. Many species of hydra can survive the winter in the adult condition, provided the water temperature remain above freezing point.

The Physiology and Reproduction of Sponges

Significance of the Galapagos Islands on the Evolution of Species