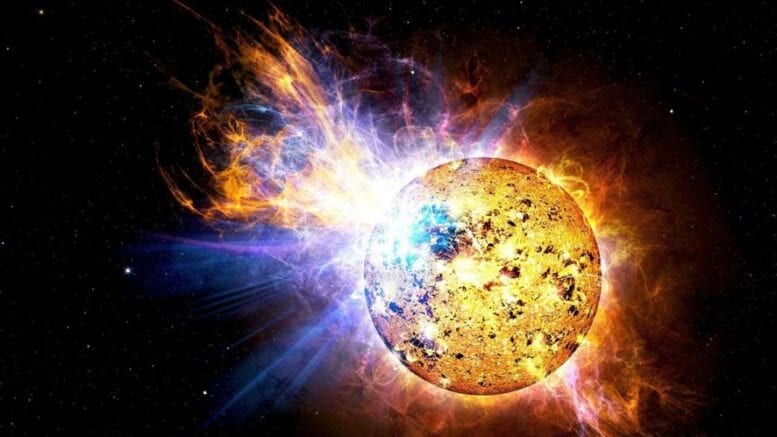 Senior students of chemistry and physics in secondary schools(high schools) and colleges have been taught the different types radioactive elements and materials such as plutonium, uranium, polonium and their uses in industrial chemistry, industrial physics, warfare, medicine and electronics. The electromagnetic rays and radiations emitted by these elements is also of immense importance both medically and industrially.

Uranium is a very radioactive element that occurs in several parts of the globe and can be used in the production of nuclear weapons whose destructive effects is of very high magnitude. Countries that have nuclear weapons embark on what is known as uranium enrichment where they stockpile uranium for the purposes of producing atomic or hydrogen bomb. Nuclear warheads and missiles can also be produced from both uranium and plutonium and the huge amount of heat energy they give off when a nuclear fission reaction occurs accounts for its very deadly effect during a nuclear explosion.

Uranium can also be used in the generation of nuclear power(electricity). When nuclear reactions go into chain reactions which are usually exothermic in nature, it leads to a continuous stream of reaction that can be used to drive nuclear reactors that generate electricity. Electricity produced by nuclear reactions are cheap and come in very large quantities. However, the disadvantage is that an uncontrolled nuclear reaction can decimate an entire population and can be cancerous and initiate mutations in individuals who have been exposed to it or to workers in such industries who have not been sufficiently protected against it.

Polonium is very poisonous and as a radioactive material, it can be used in the production of chemical weapon and war heads. It reacts exothermically, releasing high energy amounts with great heat, freeing the neutrons, to initiate further nuclear reactions in a chain reaction. Interestingly, nuclear reactions can be controlled by incorporating huge rods of lead(pb) in a nuclear reactor.

Electromagnetic radiations such as X-rays and Gamma rays have been used in the treatment of cancerous tumors in the hospitals, scanning of internal body tissues and organs and in radioactive dating to verify the actual age of antiquities and anthropological artifacts.

READ MORE:  7 Hot Facts About the Pacific Ring of Fire

X-rays and Gamma rays can also be sued in identifying flaws in metals in industrial processes or construction activities which may not be visible t the naked human eye. These electromagnetic radiations have very short wavelengths and have very high penetrating power on any material they are directed at.

UV light(Ultra Violet light) has a lower penetrating power and a higher wavelength compared to X-rays and gamma rays, but it is used in the treatment of water or water purification and other hospital instruments and objects used in surgery or in the sterilization of drugs or laboratory hardware.

It is important to note that radioactive materials and electromagnetic radiations can be both beneficial to man and harmful as well. Therefore, it is important that only trained personnel be allowed to handle these materials and that at each time or process in the handling of these materials, adequate protective clothing must be worn to prevent ingesting large doses of these radiations which can cause sterility, mutation or cancer to that unfortunate individual.

Principles of Nuclear Fusion in the Making of a Hydrogen Bomb