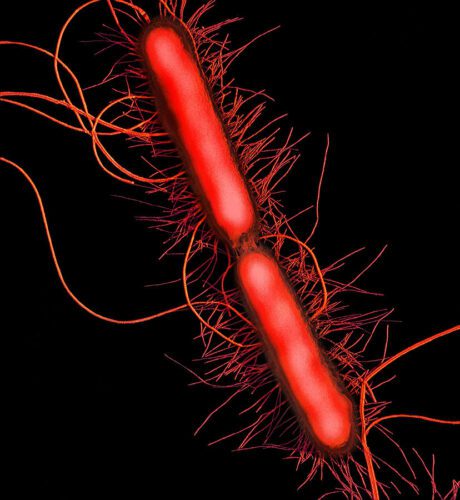 Proteus microorganisms were first described in 1885 by Gustav Hauser, a German microbiologist who discovered their ability to swarm on solid surfaces.

The name Proteus was derived from Homer’s “Odyssey” and the character Proteus, who could change his shape and had an endless transformation ability.

Proteus vulgaris and Proteus mirabilis are the two species described by Hauser.

What exactly is Proteus vulgaris?

Proteus vulgaris is a known gram-negative, rod-shaped, nitrate-reducing, indole-positive, catalase-positive, hydrogen sulfide-producing bacterium that lives in the intestines of humans and animals.

It can be found in the soil, water, and feces. It belongs to the Morganellaceae family and is an opportunistic pathogen for humans.

What diseases does Proteus vulgaris cause?

The habitat of Proteus is widely distributed in the environment.

Proteus is an opportunistic human pathogen that can be found in the gastrointestinal tract, skin, and oral mucosa of humans and animals, as well as in feces, soil, water, and plants.

This bacteria is normally non-pathogenic, which means it does not cause infection or disease. If Proteus vulgaris enters the urinary tract, it can become pathogenic.

READ MORE:  What's the Difference Between a Mountain Lion and a Cougar?

Proteus spp. can colonize the vaginal introitus before the onset of bacteriuria. Proteus spp., like E. coli, causes urinary tract infections by ascending from the rectum to the peri-urethra and bladder.

There has also been one case study of Proteus vulgaris causing bacteremia and brain abscesses, with the digestive tract suspected as the point of entry.

What are the symptoms of Proteus vulgaris infection?

If left untreated, Proteus infections can become established and cause serious health problems.

The following symptoms are associated with Proteus infections:

3. Redness of the face and neck

4. Feelings of heat and itching

If the patient becomes febrile, this could indicate bacteremia and impending sepsis.

If the patient has an indwelling catheter, these symptoms may not be present.

Gastroenteritis, urinary tract infections, and wound infections are all examples of infections.

Ingestion of Proteus-contaminated food may contribute to sporadic and epidemic cases of gastroenteritis, which can result in symptoms such as vomiting, fever, abdominal pain, severe nausea, diarrhea, and dehydration.

How is Proteus vulgaris transmitted and spread?

1. In medical procedures, the use of contaminated catheters (particularly urinary catheters) spreads the infection.

2. Parenteral inoculation by accident and/or ingestion of contaminated material.

What is Proteus vulgaris resistant to?

Antibiotics are drugs that are used to kill or inhibit the growth of bacteria in the body.

Proteus vulgaris, like many other bacteria, is resistant to some antibiotics and cannot be killed by them.

Proteus vulgaris has shown antibacterial resistance to antibiotics such as benzylpenicillin, oxacillin, tetracycline, and macrolides, and it is capable of causing severe urinary tract infections.

Antibiotics known to be toxic to Proteus vulgaris include:

Ciprofloxacin, a broad-spectrum fluoroquinolone of the second generation, is effective against both gram-positive and gram-negative bacteria.

Ceftazidime is classified as a cephalosporin antibiotic. Penicillin is related to these antibiotics.

Ceftazidime works by weakening bacterial cell walls. It allows holes to form in the cell walls, killing the bacteria that is causing the infection.

Netilmicin has been shown to be effective against gram-negative infections of the urinary tract, skin and skin structure, and lower respiratory tract, as well as intra-abdominal infections, septicaemia, and other infections.

By binding to the bacterial 30S ribosomal subunit and interfering with mRNA binding and the acceptor tRNA site, netilmicin inhibits protein synthesis in susceptible organisms.

Meropenem is an antibacterial medication. Meropenem’s bactericidal activity is due to its inhibition of cell wall synthesis.

Meropenem enters the cell walls of most gram-positive and gram-negative bacteria and binds to penicillin-binding protein (PBP) targets.

Piperacillin belongs to the penicillin antibiotic class of drugs. It kills the bacteria responsible for causing infection.

Tazobactam belongs to the beta-lactamase inhibitor class of drugs. It prevents bacteria from degrading piperacillin.