Before we begin, we must first understand what Matter is and what elements are

In a very basic definition, Matter is anything that has weight and occupies space. Elements on the other hand, are chemically unique substances that cannot be further broken down into simpler compounds by any known chemical means. Elements consists of atoms which have the same number of protons in their nuclei. Elements are pure substances.

STATES OF MATTER: Matter can exist in three states, Solid, Liquid and Gas 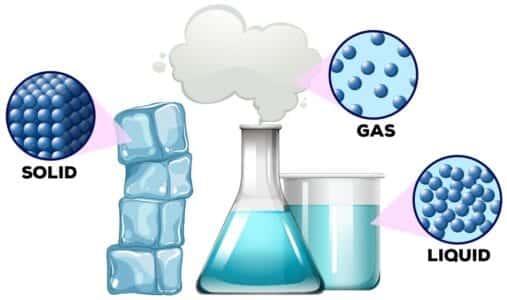 Properties of matter are characteristics that can be used to identify a substance. Matter is classified into two properties.

A physical change is defined as a change that is temporary and simply reversible within which no new substance is created.
Example:

– Changes in the state of matter such as melting of solids to liquids, freezing of liquids to solids, sublimation of solids to vapor etc.

A Chemical change is a change that is not easily reversed and it does not form a new substance.
Example:
– Rusting of iron
– Fermentation and decay of substances etc.

An element is defined as a substance which cannot be split into simpler units by an ordinary process.
There are 109 known elements, ninety of them occur naturally, the rest are made artificially in the laboratory 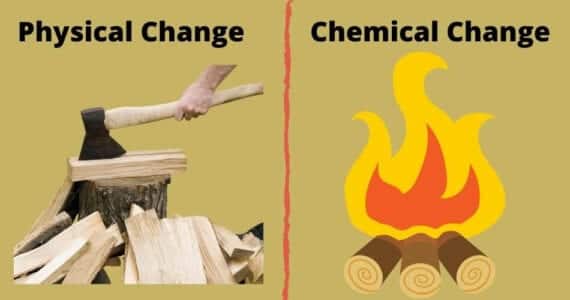 Elements are classified into three which are Metals, Non-metals and Metalloids.

Metals are those elements which ionize by election loss. example. Calcium, magnesium, iron.

PHYSICAL DIFFERENCES BETWEEN METALS AND NON-METALS:

2)Metals have great tensile strength.
While Non-metals are brittle or soft.

3) Metals are lustrous.
While Non-metals are non – lustrous.

5)Metals have high boiling and melting point.
While All Non-metals except carbon have low melting and boiling point.

CHEMICAL DIFFERENCES BETWEEN METALS AND NON-METALS:

1) Metals are reducing agents. While Non-metals are oxidizing agents.

A compound is defined as a substance which contains two or more elements chemically combined together.
A compound is formed from chemical changes.Example:

Water is a compound formed as a result of chemical reaction between hydrogen and oxygen.

A mixture is a substance that contains two or more constituents which can be easily separated by physical methods.

DIFFERENCES BETWEEN MIXTURES AND COMPOUNDS:

1)Mixtures may be homogeneous or heterogeneous.
While compounds are always homogeneous.

The techniques used in separating mixtures are called separation techniques.

1)Sieving: Using a sieve to separate solids of different sizes.

2)Magnetic Separation: Using a magnet to separate magnetic solids from non – magnetic ones.

3)Sublimation: Separation of solids which sublime from other solids.

READ MORE:  Electronic Structure and Isotopes of the Lanthanides

6)Use of separating funnel: To separate miscible liquids.

7) Chromatography:
Chromatography is used to separate mixture of solutes using a solvent moving over a porous, adsorbent medium.

8) Decantation: A mixture containing a liquid and solid particles separate into two distinct layers on standing: a lower solid layer and an upper clear liquid layer.

9) Filtration: A porous like filter paper is used to separate insoluble particles from liquids.

10) Centrifugation: A centrifuge machine which spins test – tubes containing suspensions at high speed is used for Centrifugation. The spinning makes the heavier solid particles in the suspension to be thrown to the bottom of the test – tube.

11)Evaporation: Evaporation is used to recover a solid solute from a solution .

14) Precipitation: A difference in the solubility of a solid in two miscible liquids is used to precipitate the solid when it dissolves in one of them.

Now you have a brief understanding about Matter and different separation techniques.