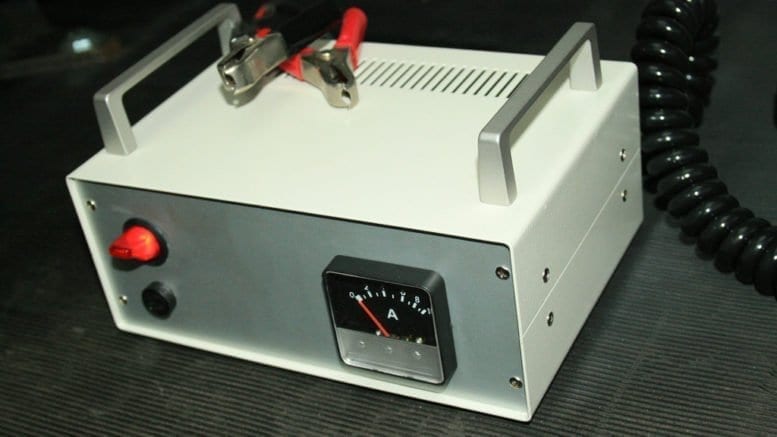 The e.m.f of a freshly charged lead accumulator is about 2.2 volts, and the specific gravity of the acid about 1.25. When the cell is being discharged its e.m.f. falls rapidly to about 2 volts, and then becomes steady; but towards the end of the discharge the e.m.f begins to fall again. When the terminal voltage load has dropped below about 1.9 volts, or the specific gravity of the acid below about 1.15, the cell should be recharged. If the cell is discharged too far, or left in a discharged condition, hard lead sulphate forms on its plates, and it becomes useless.

The internal resistance of a lead accumulator, like that of any other cell, depends on the area and spacing of its plates. It is much lower than that of any primary cell, however, being usually of the order of 1/10 to 1/100 ohm. The amount of electricity which an accumulator can store is called its capacity. It is a vague quantity, but a particular accumulator may give, for example, 4 amperes for 20 hours before needing a recharge. The capacity of this accumulator would be 80 ampere-hours. (One ampere-hour = 3600 coulombs). If the accumulator were discharged faster –  at 8 amperes, say – then it would probably need recharging after rather less than less than 10 hours;  and if it were discharged more slowly – say at 2 amperes – it might hold out for more than 40 hours. The capacity of an accumulator therefore depends on its rate of discharge; it is usually specified at the ’10-hour’ or ‘20-hour’ rate. Discharging an accumulator faster than at about the 10- hour rate causes the active material to fall out of the plates.

Accumulators are usually charged at about the ‘8-hour’ rate – say 5 amperes for the cell discussed above. The charging is continued until gas is bubbling freely off the plates. When the plates are gassing, the chemical reactions (9) and (10) have been completed, and the current through the cell is simply decomposing the water in it. Before the charge is started the vent- plugs in the cell- case must be removed to let the gases out; the gases are hydrogen and oxygen and naked lights near are dangerous. The water lost at the end of each charge must be made up by pouring in distilled water until the acid rises to the level marked on the case. If the specific gravity of the acid is then less than 1.25, the charging must be continued. Near the end of charging, the back-e.m.f of the cell rises sharply to about 2.6 volts. It never gives a forward e.m.f. as great as this: as soon as it is put on discharged, its e.m.f. falls to about 2.2 volts.

The number of ampere-hours put into a lead accumulator on charge is greater than the number which can be got out of it without discharging it too far. The ratio

Ampere-hour on discharge divided by Ampere- hours on charge is called the ampere-hour efficiency of the cell; its value is commonly about 90 percent. However, to judge an accumulator by its ampere- hour efficiency is to flatter it; not only does it taken in more ampere-hours on charge than  it gives out on discharge, but it take them in at a higher voltage. The electrical energy put into an accumulator on charge is the integral of current, e.m.f. and time:

For simplicity we may say

Energy put in = quantity of electricity put in  X  average e.m.f  on charge.

If the quantity of electricity is measured in ampere-hours, the energy is in watt – hours instead of joules. Similarly, on discharge,

Energy given out = quantity of electricity given out  X  average e.m.f. on discharge.

The energy efficiency of the cell is:

The energy efficiency is more often called the watt-hour efficiency of the cell; it is about 80 per cent.

Concise Explanations of Paramagnetism and Diamagnetism