You Are Here: Home » Properties and Uses of Titanium, Zirconium and Hafnium 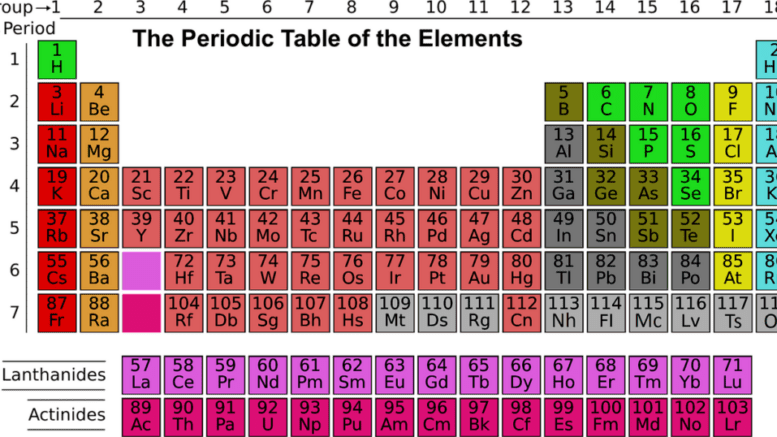 As we examine in the uses of Titanium, Zirconium and Hafnium, we must understand that these are important chemical elements that has found use in several chemical reactions in laboratories and industries. Titanium is a commercially important element. Vast quantities of TiO2 are used as a pigment and filler and Ti metal is important for its strength, low density and corrosion resistance. TiCl3 is important zirconium is used to make the cladding for fuel rods in water cooled nuclear reactors. Hafnium is used to make control rods for certain reactors.

Titanium is the ninth most abundant element by weight in the earth’s crust. The main ores are ilmenite FeTiO3 and rutile TiO2. In 1992 world production was 7.8 million tones of ilmenite and 471 000 tonnes of rutile. These had a TiO2 content of 4.1 million tones. The main producers are Canada 27% Australia 24% and Norway 9%. Zr is the eighteenth most abundant element and is found mainly as zircom ZrSiO4 and small amounts of baddeleyite, ZrO2. World production of zirconium minerals was 808 000 tonnes in 1992. Hafnium is very similar in size and properties to Zirconium because of the lanthanide contraction. Thus Hf occurs to the extent of 1 – 2% in Zr ores. It is particularly difficult to separate Zirconium and Hafnium – even more difficult than separating the lanthanides.

Abundance of the Elements in the Earth’s Crust, by Weight

Extraction and Uses of Titanium, Zirconium and Hafnium

The uses of Titanium Zirconium and Hafnium have become a very interesting field of study to chemists. For instance, titanium has been called ‘the wonder metal’ because of its unique and useful properties. It is very hard, high melting (1667oC) and is stronger and much higher than steel (densities Ti = 4.4g cm-3, Fe = 7.87g cm-3). However, even traces of non – metal impurities, for example H, C, N or O make Ti, and also the other two metals Zr and Hf, brittle. Titanium has better corrosion resistance than stainless steel. It is a better conductor of heat and electricity than Group 3 (Sc group) metals. Titanium metal and alloys of Titanium with Aluminium are used extensively in the aircraft industry in jet and gas turbine engines and in airframes. Supersonic aircraft like Concorde can use Al as the structural skin (m.p. 660oC) by limiting the speed to Mach 2.2 (2.2 times the speed of sound).

Some Physical Properties of Titanium, Zirconium and Hafnium

If and when SST (supersonic transport) planes are made which fly at three times the speed of sound, it is probable that they will be made of Ti (m.p. 1667oC). Ti is also used in marine equipment and in chemical plant. Small amounts of Ti alloyed with steel harden and toughen the steel. World production of Titanium metal is almost 50 000 tonnes per year.

The metal is difficult to extract because of its high melting point and because it reacts readily with air, dioxygen, dinitrogen and hydrogen at elevated temperatures. The oxide cannot be reduced by C or CO because it forms carbides. Since TiO2 is very stable, the first stage is to form Ticl4 by heating it with C and Cl2 at 900oC.

TiCl4 is a liquid (b.p. 137oC) and is removed from FeCl3 and other inpurities by distillation. One of the following methods is then used.

Originally Wilhelm Kroll produced Titanium by reducing TiCl4 with Ca in an electric furnace. Later Mg was used and Imperial Metal Industries (IMI) use Sodium, Na instead. At this temperature Titanium is highly reactive and reacts readily with air or N2. it is therefore necessary to perform the reaction under an atmosphere of argon.

The MgCl2 formed can be removed by leaching with water or better with dilute HCl as this dissolves any excess Mg. alternatively the MgCl2 is removed by vacuum distillation. This leaves a sponge of Ti rather than solid block. The Ti is converted to the massive form by melting in an electric are under a high vacuum or an atmosphere of argon. The IMI process is almost the same. TiCl4 is reduced by Na under an atmosphere of argon, and NaCl is leached out with water. The Ti is in the form of small granules. These can be fabricated into metal parts using power forming techniques and sintering in an inert atmosphere. The high fuel costs the necessity to use argon the cost of Mg or Na and the need to reheat a second time all make Ti expensive. The high cost prevents its being more widely used. Zirconium is also produced by the Kroll process.

Small amounts of very pure metal can be produced by this process. Impure Ti or Zr are heated in an evacuated vessel with I2. TiI4 or ZrI4 is formed and volatilizes (thus separating it from any impurities). At atmospheric pressure TiI4 melts at 150oC and boils at 377oC, ZrI4 melts at 499oC and boils at 600oC. under reduced pressure, however, the boiling points ar lower. The gaseous MI4 is decomposed on a white hot tungsten filament. As more metal is deposited on the filament it conducts electricity better. Thus more electric current must be passed to keep it white hot.

Zirconium is produced on a much smaller scale than Titanium. Zirconium is even more corrosion resistant than is Ti and is used in chemical plants. Its most important use is to make the cladding (that is the casing) for UO2 fuel in water cooled nuclear reactors. Its corrosion resistant, high melting point (1857oC) and low absorption of neutrons make it very suitable. (Of the metallic elements only Be and Mg have lower neutron absorption cross-sections than Zr. They are unsuitable for use as cladding as Be is brittle and Mg corrodes too easily). Hf always occurs with Zr. Their chemical properties are almost identical and for most purposes there is no need to separate them. However, Hafnium absorbs neutrons very strongly and Zirconium used for cladding must be free from Hafnium.

The similarity in size of the ions makes separation exceedingly difficult. The same problem is encountered in separating the lanthanide elements. Zirconium and Hafnium are separated by solvent extraction of their nitrates into tri – n – butyl phosphate or thiocyanates into methylisobutyl ketone. Alternatively the elements can be separated by ion exchange of an alcoholic solution of the tetrachlorides on silica gel columns. On diluting the column with an alcohol/HCl mixture, the Zirconium comes off first.

Zirconium is also used to make alloys with steel and a Zr/Nb alloy is an important superconductor. Furthermore, the uses of titanium, zirconium and hafnium have found application in the nuclear industry. For example, the very high absorption of thermal neutrons by Hafnium is turned to good use. Hafnium is used to make control rods for regulating the free neutron levels in the nuclear reactors used in submarines.

Be the first to commenton "Properties and Uses of Titanium, Zirconium and Hafnium"