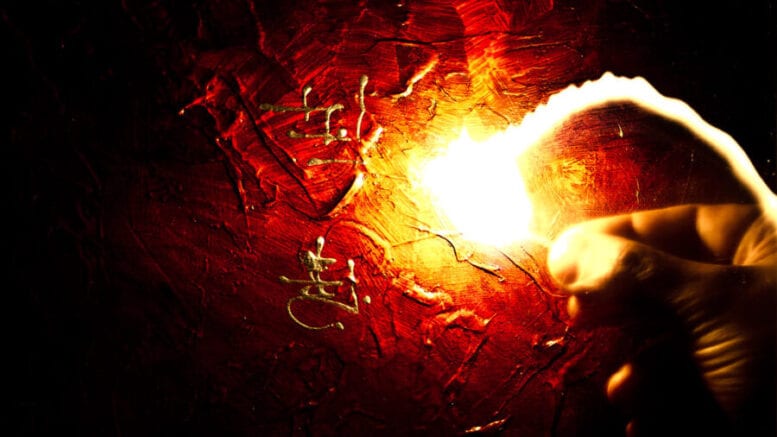 Phosphorus is a non-metallic element that belongs to group 5 of the periodic table. It does not occur free in nature due to its very reactive nature. It is widely found in combined state as tetraoxophosphate(V) minerals and the most abundant of these minerals is rock phosphorite or rock phosphate which is comprised largely of calcium tetraoxophosphate(V). Apatite is another rock phosphorite which is also found in nature.

This element is an important constituent of living matter as they are found in bones and teeth where they are combined with calcium compounds in calcium tetraoxophosphate(V). Several foods such as proteins, eggs, seeds and even nerve tissues and brain cells all contain this element. Infact, this non metal phosphorusmakes up about 1% by mass of the human body.

The White allotrope exist as a tetratomic molecule and each phosphorus atom is attached to three others by simple covalent bonds to produce a tetrahedral molecule. Tetratomic phosphorus exist in the vapour state at temperatures below 700oC and in solution in carbon(IV)sulphide. The White alllotrope is a waxy, white, soft and translucent solid. It is not so stable at room temperature and changes quite slowly but spontaneously to red phosphorus which is accelerated by a raised temperature.

This non-metal is soluble in carbon(IV) sulphide, benzene and several other organic solvents but insoluble in water. It is twice as dense as water. It has a low ignition temperature of 35oC and this property makes it to catch fire easily and so should be stored under water. It also undergoes slow oxidation when exposed to air, resulting in a glow that is greenish in color. This phenomenon is described as phosphorescence. The White allotropic form is very poisonous substance and any contact with the skin can result in serious skin burn.

The red allotropic form of this element is gotten when white phosphorus is heated to a temperature of 250oC in the absence of air and in the presence of iodine which serves as a catalyst. Here, the tetratomic molecules of white phosphorus combine to form large macromolecules and the resultant product is red phosphorus which is a red brittle powder and is the stable allotrope of sulphur.

The red allotropic form of this element  has a higher density than white phosphorus. It is insoluble in carbon(IV)sulphide, water and most common organic solvents. Its high ignition temperature of 250oC makes it safe and can be handled safely. Moreover, red phosphorus is non-toxic when it is pure. It can be sublimed at 290oC in the absence of air and the resulting vapour condenses in to white phosphorus.

1. White phosphorus is used in smoke, fireworks and incendiary bombs.

2. This non metal is used in making some bronze and tin alloys like phosphor-bronze. These alloys are deployed in the manufacture of bearings, fittings, gears and metal parts of machinery used under sea water to prevent rust, corrosion and wear.

3. It is also used in the preparation of tetraoxophosphate(V) acid and trioxophosphate(III) acid.

5. The Red allotrope of this element and some other combustible material such as antimony sulphide are used to coat the sides of match boxes. The heads of the match stick are coated with an oxidizing agent and an abrasive. Striking the match head against the side of the matches creates enough heat that ignites the phosphorus compound which consequently initiates the antimony to react with the oxidizing agent that light up the match stick.

Tetraoxophosphates(V) Used as Fertilizers in Agriculture