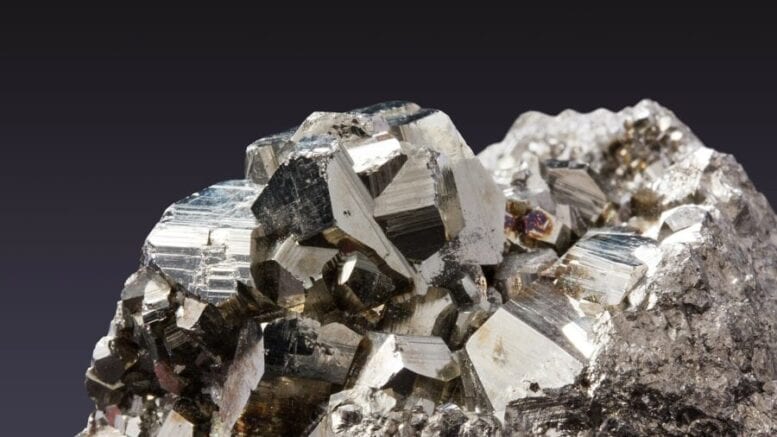 Iron is the second most abundant metal found in the earth crust after aluminum. It is found in the combined state(iron is found in the free state only in meteorites) as iron ores such as haematite, magnetite, iron pyrites(iron(II)sulphide), siderite or spathic iron ore(iron(II)trioxocarbonate(iv), and limonite and also as trioxosilicates(IV) in clay soils. This metal is also a constituent of certain pigments such as chlorophyll in plants and haemoglobin in animals. In Nigeria, The extraction of iron from iron ore is a novel technological exercise carried out by an Iron ore mining company located at Itakpe in Kogi state, North central Nigeria. Iron ore is also abundant in Edo state and in Anambra state and in Itakpe, Ajaokuta and Lokoja in Kogi state. This ore is also found in Jebba in kwara state. These iron ore are meant to provide the raw materials for the steel industries located in Ajaokuta(Kogi state) and Aladja(Delta state).

The extraction of iron from its ores is quite a technical process. The iron ore is first roasted in air to produce iron(III) oxide which is mixed with coke and limestone and then further heated to a very high temperature in a blast furnace. These materials are loaded into the blast furnace from the top while a blast of hot air is introduced into it from beneath via small pipes known as tuyeres. The temperature inside the blast furnace varies from about 2000*C near the bottom to about 200*C at the top. In the lower regions of the furnace, the white-hot coke is oxidized by the oxygen in the hot air blast to liberate carbon(IV)oxide. This reaction is exothermic and liberates a great amount of heat.

As the mixture of gases moves up, the oxygen in the air becomes less and the carbon(IV)oxide becomes reduced to carbon(II)oxide by the white-hot coke. The carbon(II)oxide then reacts with the iron(III)oxide, reducing it to iron.­­

The limestone that has been introduced decompose at this high temperature to yield calcium oxide which subsequently combines with an impurity, silicon(IV)oxide to form calcium trioxosilicate(IV)

The molten iron that is formed sinks right to the bottom of the blast furnace and is subsequently tapped off. The molten iron is then run into moulds where it sets to a form known as pig iron. This iron can also be used in steel production or purified further to give wrought iron. Waste gas mixture that exudes from the furnace contains majorly nitrogen, 30% carbon(II)oxide and about 10% carbon(IV)oxide. These waste gas mixture is used in pre-heating the air blast and the iron ore at the initial stages of the extraction process.

Interestingly, the whole process is a continuous one and a blast furnace can be kept running continuously for months or even years until when servicing or repairs are needed.

3 Types of Iron Used in Metallurgy and Engineering