Epoxyethane most fondly called ethylene oxide (abbreviated as EO or ETO) with a molecular formula of C2H4O or (CH2CH2)O is an organic compound and a cyclic ether that has a sweet smell and is highly flammable.

Regarded as the simplest epoxide, epoxyethane reacts with other compounds to form ring openings. It is also used in various industries like the medical industry, the plastic industry, and lots more.

It is odorless, colourless, and has a highly flammable nature makes it a major constituent in the production of explosives. Furthermore, It is anesthetic, irritating, and carcinogenic at room temperature, and is oftentimes transported as a liquid in a bid to term its lethal nature.

However, its reactivity has also fostered its use in the pharmaceutical industry for the sterilization of medical equipment.
According to reports, over 20 billion medical devices are sterilized each year by epoxyethane. Epoxyethane can be produced by the treatment of 2-chloroethanol with potassium hydroxide.

Industrially, it is produced by oxidizing ethylene in the presence of a silver catalyst.

Ethylene Oxide can be prepared by decomposing ethylene carbonate in the presence of hexachloroethane at a temperature of 392 – 401°F ( 200 – 210°C).

Epoxyethane can be prepared by the treatment of calcium oxide with ethyl hypochlorite.

It can also be produced by reacting diiodo ethane with silver oxide.

Epoxyethane reacts with triethylamine in the presence of water to form choline.

It reacts with carboxylic acid like acetic acid and its anhydride in the presence of catalysts to form glycol di and monoesters.
(CH2CH2)O + CH3CO2H = HOCH2CH2-O2CCH3

Ethylene oxide passes through an aqueous solution of metal halides to form halohydrins.

The addition of water in epoxyethane leads to the production of ethylene glycol.
(CH2CH2)O + H2O = HOCH2CH2OH

Epoxyethane is a flammable, odorless, and colourless gas which has an ether-like sweet odor. It is miscible in water and has a vapor pressure of 20°C.

• It is used in the production of thickeners.

• It is used as a major component in the production of polyethylene glycol(PEG).

• It is used to process storage facilities.

• It is used in the large-scale production of industrial chemicals.

• It is used as a sterilization agent in the medical industry.

• It is used to accelerate the maturity process of tobacco leaves.

• It is used as a raw material in the production of polysorbate 20.

• It is used as a major constituent in the production of fuel-air explosives.

• It is used as a pesticide.

• It is used in the clothing industry for packaging.

• It is used as a fungicide. 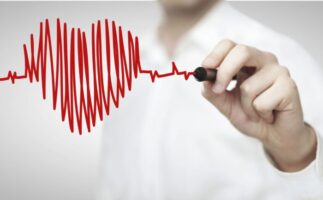 Despite its enormous uses and benefits in different industries, ethylene oxide is a very lethal substance.

• Consuming products like tobacco which contains it or pharmaceutical products which are sterilized by it.

However, to avert this, the Occupational Safety and Health Administration (OSHA) has set limits to the level of exposure for workers in this industries and has also ordered for the provision of adequate safety clothing for each worker.
In addition, countries have placed laws on the emission of epoxyethane from industries producing and using it.