Barium Carbonate with the formula of BaCO3 is an alkali and inorganic compound which is in powdered form, insoluble in water, and toxic in nature.

Also called barium monocarbonate, this white crystalline salt is without a doubt one of the most important barium compounds in existence and naturally occurs in limited places.

Meanwhile, this white crystal exists naturally as witherite which is named after William Whithering – the man who found the white mineral through barytes, in the experiments he carried out on Terra Ponderosa – a gigantic metal ore in 1784. 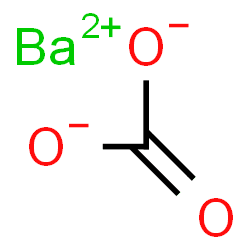 1. Barium carbonate can be prepared by the soda ash process, which involves the treatment of an aqueous solution of barium sulfide with sodium carbonate.

3. Barium Carbonate can also be produced using the carbonation method.

In this process, carbon dioxide (CO2) is passed through a barium sulfide solution to enhance its carbonization, and then produces a slurry of barium carbonate which is then washed to remove its sulphur content and further subjected to a vacuum filtration and then dried at 300°C to help remove moisture.

It is then pulverized to produce barium carbonate’s solid powder form.

4. Barium Carbonate can be produced by the wet granulation method which involves precipitation of a filter cake gotten while manufacturing a cake. This material should have a 20% water regulation ability. The material is rapidly mixed, divided into separate parts, and then pressed down to form wet pellets which are heated at 800 to 1200°C with the addition of iron ore and fluxes to the furnace.
After it has been heated, it is passed through a screen for filtering, disposed of its iron components, and arranged in barium carbonate particles after it has been weighed.

5. Barium Carbonate can also be obtained through the poison nepheline conversion process.

6. Barium Carbonate can also be formed by dry granulation, reduction of barite using methane, gel combustion, and by the precipitation of a solution of urea and barium hydroxide.

Barium Carbonate reacts with hydrochloric acid to form barium chloride, carbon dioxide, and water.
It can also react with other acids to form soluble barium salts. 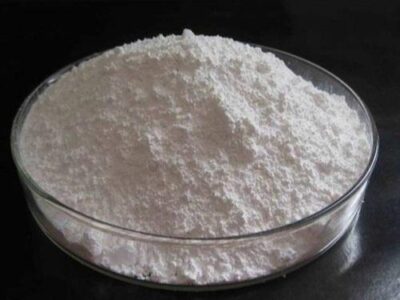 Barium Carbonate is an odorless and tasteless white crystalline solid powder. It is insoluble in methanol, sulfuric acid, and water and soluble in most acids. 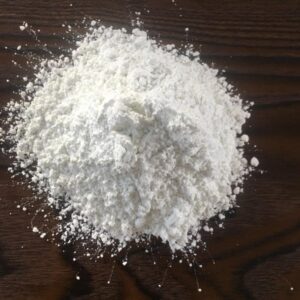 • It is used to discard sulfate impurities in the Chlor-alkali process.

• It is used in the production of PTC thermistors.

• It is used as a component in the preparation of compounds such as ferrites.

• It is used as a matting agent.

• In the ceramics industry, it is used as a constituent in the production of glazes.

• It is used as a crystallization agent.

• It is added to other compounds such as magnesium sulfate and calcium sulfate to form efflorescence in the brick industry.

• It is used for commercial applications in the enamel and photographic industries.

• It is used in the production of fibre optical and specialty glass.

• It is used as a rodenticide.

• It is used for oil drilling.

• It is used in the production of capacitors.

• It is used in manufacturing magnetic components.

• It is used as an ingredient in the paint industry.

• It is mixed with other colour oxides to produce rare colours that can’t be produced by any other means.

Barium Carbonate is a very toxic substance that shouldn’t be joked around with.
Contact with your skin or eyes causes skin and eye irritation respectively, while ingestion and inhalation cause convulsive tremors, diarrhea, pulmonary arrest, vomiting, and even muscular paralysis.

You should endeavor to use protective clothing and goggles when handling this salt to avoid accidents and after touching them, make sure your hands are properly washed before you eat or drink.

Its resemblance to that of flour has led to a lot of barium poisoning and there have also been questioned raised over its use in the production of ceramics hence it has a tendency of leaching from glazes into food.