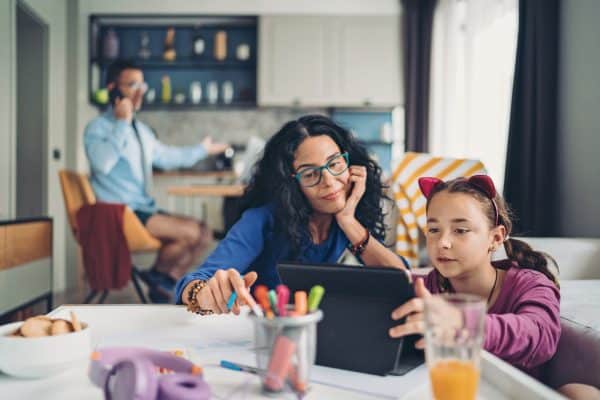 Education took some significant twists and turns when the Covid-19 pandemic descended on the world. We saw a surge of new users, and new tools, around online learning; but we also saw a number of people and organizations more basically start to rethink how to get the best out of learning environments overall. (In fact, education went through many of the same changes as many enterprise verticals facing digital transformation around newly distributed teams, in that regard.)

Today, a startup called Prenda, which has built a platform to enable one permutation of delivering education — by way of tuition-free microschools of ten students or less — is announcing $20 million in funding to expand its business and its vision.

The Series B is being led by Seven Seven Six (776), Alexis Ohanian’s firm. Previously, Mesa, Arizon-based Prenda had raised just over $26 million from investors that included Y Combinator (where it was part of a 2019 cohort), AngelList, edtech-focused VC Learn Capital, Eric Ries (the “Lean Startup” author), Mango.vc and others.

Prenda is not disclosing valuation with this latest round, but the funding comes on the back of some significant traction for the startup.

Prenda says that to date, 3,000 students in the kindergarten through eighth grade range in six states in the U.S. have already been learning by way enrolling in one of 300 microschools powered by its platform and run by hundreds of its so-called guides.

Founder and CEO Kelly Smith came to the idea of Prenda not as someone with years in education behind him, but as someone working in another field who took some time out to consider his next steps after selling a small software business in 2013. During this time, Smith told me he volunteered as a computing tutor at a local library, where he saw kids working on a variety of different skills and projects, each to their own motivation and interest. He was inspired by what he saw, and thought there could be an opportunity to create something deeper around the concept.

“We arranged groups and provided learning guides to the kids. We then supported the process and helped them become empowered learners by setting their own goals,” he said. “By 2018 I was excited enough about this core learning hypothesis that I wanted to see if you could design a whole school around that.”

The first microschool was in Smith’s own home.

This wasn’t so outlandish at the time. Before the pandemic, the idea of alternative education beyond the structure of public schools provisioned by departments of education was already a concept getting some attention in the U.S., where you not only have private schools, but a number of charter school programs contracting out from departments of education, as well as home schooling and other small learning environments.

So tapping into that, Smith could see the potential of building another option around the idea of learning pods like the one he was running, single classrooms run out of a house or another location run by others interested in education.

Prenda’s operational and business approach leverages parents, schools, school districts, and most often a combination of all of these. Typically, Smith told me that the no-fee schools are financed by more traditional schools or school districts, but they are often organized parents looking for an alternative to the public school system but not prepared to run their own one-on-one full-time home learning. (Microschools have at least 5 learners, and no more than 10.) The fees that Prenda gets — typically financed by the schools, school districts, or other organizations that contribute to schools — are then shared between Prenda and its guides.

School districts where Prenda is active are the actual schools of record for the children, and they provide accredited teachers to oversee the progress of the students and the school, but the guides that run the classes do not need to have teaching accreditation: they can be parents, or former teachers, or people in the community who want to get involved as a new direction for their own careers.

Prenda itself provides operational support — administration tools and learning materials, including computers, to students and guides. Its curriculum both uses third-party online tools like Khan Academy for math, Lexia for reading, and a number of other platforms; along with learning tools developed by Prenda itself (such as several writing platforms).

VCs have a lot of time for startups that are building technology that both fills a need and in doing so is also playing into a well-established market and audience, and those backing Prenda believe it’s checking both of those boxes.

“As a mom and a former teacher, I have spent a lot of time thinking about the power of a great education,” noted Katelin Holloway, Seven Seven Six founding partner. “Since the pandemic, every parent is asking the same questions. We see a future for education that empowers kids, rallies communities, and includes everyone, and Prenda’s microschool model will be a big part of that.”

And yet, it should be pointed out that Prenda — and others like it that promoting small-group schooling like Acton Learning and CoPod — are not without their controversies and detractors.

Although Prenda existed before Covid-19, programs like it, as Holloway pointed out, saw a new focus with the rise of the so-called pandemic pod — where parents, concerned about their children being too isolated and not learning during lock-downs and school closures, were setting up loose schools to enable at least partial teaching environments. Smith tells me that Prenda’s numbers ballooned to 3,000 from 1,000. (Another article in 2021 quoted a company spokesperson saying it had 80 students in 2019, and as many as 4,000 at the height of the pandemic.)

But that doesn’t sit well with everyone. Speaking for one kind of incumbent in the game, the National Education Association appears to have published an opposition report in the wake of Covid-19 highlighting Prenda and describing it, others like it, and the pandemic pod model as a whole, as “flawed” and “exploiting”. Prenda also was investigated last year in its home state by the attorney general’s office for some of its business relationships and how it gets funding.

Even before the pandemic, some efforts like the Andreessen Horowitz-backed AltSchool backed away from running schools in the wake of persistent challenges in building and running alternative schools. (AltSchool eventually rebranded to Altitude Learning and pivoted only into learning management systems; in 2021 it sold up to Higher Ground, the same company that had taken over its schools in 2019.) Another pandemic pod school organizer, Bubbles, is no longer taking students.

All that said, though, education is a tricky one to get right. Every individual learns differently, and one size does not fit all, so having more choices and more flexibility in how learning is provisioned, including options like Prenda’s, is a route to trying to address that. If some startup efforts don’t succeed perfectly, public schools unfortunately fail in that sometimes, too.

Interestingly, Smith told me that funding will be used both to expand to more states and to cover more students and bring on more “guides” (Prenda’s term) to run schools (these do not have to be accredited teachers, more on this below), as well as to start to think about how to enhance the programs that are available today with extra curricular activities, and if there is an opportunity to grow with its students as they get older.

“Starting in high school, you have regulatory and transcript requirements, and there is pressure for college-ready courses, as well a bigger appetite for sports, music and other extra-curricular activities,” he said. “Part of what Prenda is doing is thinking differently about education up to 14 years and we have chosen not to compete beyond that. But we get asked a lot [about programs for older students] from our community so it’s becoming a consideration for us, too.”