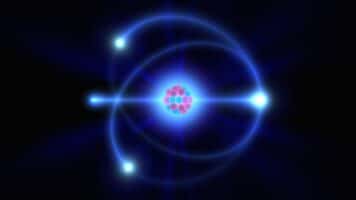 Pauli’s Exclusion Principle, along with Aufbau’s Principle and Hund’s Rule, is an important principle in chemistry. It is important for students to understand, especially when studying electrons.

What is Pauli Exclusion Principle?

Pauli’s Exclusion Principle basically helps us understand the electron arrangements in atoms and molecules and also provides an explanation for the periodic table’s classification of elements. In this section, we will thoroughly examine the Pauli exclusion principle and learn about all of its underlying concepts.

According to the Pauli exclusion principle, no two electrons in a single atom will have the same set of quantum numbers (n, l, ml, and ms).

To put it simply, each electron should have or be in its own distinct state (singlet state).

1. Only two electrons can share an orbital.
2. The two electrons in the same orbital must have opposite spins or else they are antiparallel.

The Pauli’s Exclusion Principle does not apply to electrons alone. It will also apply to fermions and other particles with half-integer spin.

It is inapplicable to particles with an integer spin, such as bosons with symmetric wave functions.

In 1925, an Austrian physicist named Wolfgang Pauli developed the principle. He basically described the behavior of electrons using this principle.

READ MORE:  Processes Involved in the Liquefaction of Gases

Later that year, under his spin-statistics theorem, he extended the principle to cover all fermions. (Fermions are elementary particles such as quarks, electrons, neutrinos, and baryons that are described by the principle).

The law is primarily used in chemistry to explain or determine the electron shell structure of atoms and to predict which atoms are likely to donate electrons.

What is the principle’s application and how does it work?

When an atom gains a new electron or electrons, it usually moves to the lowest energy state or shifts to the outermost shell. If the state only has one electron, it can spin up or spin down.

Now, according to the Pauli exclusion principle, if there are two electrons in a state, each electron will have a spin-up or spin-down state, but not both.

As an example of the Pauli Exclusion Principle, consider a neutral helium atom.

The atom has two bound electrons that have opposite spins and occupy the outermost shell. The two electrons are found to be in the 1s subshell, where n = 1, l = 0, and ml = 0.

Their spin moments will be unique as well. The first will be ms = -1/2 and the second will be +1/2. If we draw a diagram, the helium atom’s subshell will be represented by one “up” electron and one “down” electron. In essence, the 1s subshell will be made up of two electrons with opposing spins.

We can deduce from the preceding example that successively larger elements will have shells with increasing energy.

An atom’s nucleus is made up of neutrons and protons that are held together by the nuclear force. Protons, on the other hand, tend to repel each other via electromagnetic force due to their positive charge.

Essentially, these two forces are always opposing (competing) each other, resulting in nuclei stability. Meanwhile, only specific sets or combinations of protons and neutrons form stable nuclei. Neutrons that attract each other and protons mostly stabilize the nucleus. This helps to counteract the electrical repulsion between protons. When this occurs, the number of protons increases. To form a stable nucleus, an increasing ratio of neutrons to protons is required.

If there are too many (neutrons also obey the Pauli exclusion principle) or too few neutrons for a given number of protons, the atom’s nucleus is unstable. This results in radioactive decay.

In the meantime, Pauli’s exclusion principle affects the critical energy of fissile and fissionable nuclei. When we look at actinides with an odd neutron number, we can see that they are usually fissile, or fissionable with slow neutrons. Actinides with an even neutron number, on the other hand, are usually not fissile or fissionable with fast neutrons. Similarly, heavy nuclei with an even number of protons and neutrons are excluded by the Pauli exclusion principle.

The Pauli Exclusion Principle: Its Importance and Applications

2. It aids the description of the various chemical elements and their roles in the formation of chemical bonds.