You Are Here: Home » Parasitism and the Adaptive Characteristics of Parasites 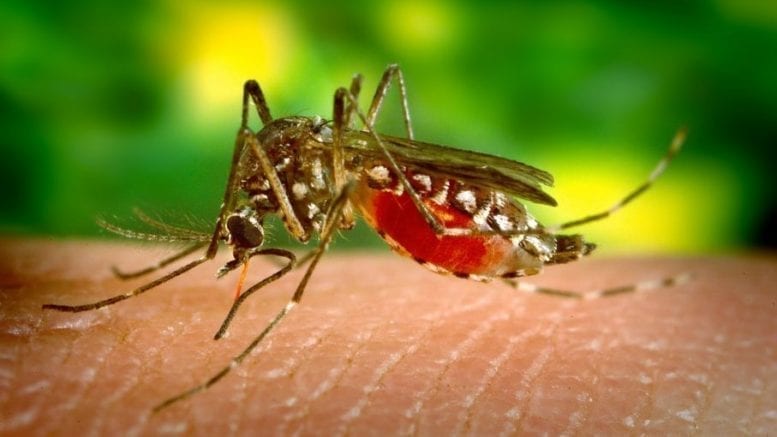 In parasitism, one of the members of he association clearly obtains advantages from the other, the host, which as a result suffers some injurious effects. The relationship may be between one animal and another,  between one plant and another, between a parasitic animal and a plant host or vice versa, between a bacterium and a plant or animal, between a virus and a plant or animal, or finally, between a bacteriophage and a bacterium. In rare cases in animals, one sex may be parasitic on the other sex with in the same species, e.g., some angler fish males parasitize the female.

The condition of parasitism may take many forms and can occur in so many graded conditions of relationship between the one organism and the other, that it is not always easy to recognize it or to distinguish it clearly from some other relationship such as symbiosis or commensalism. A parasite need not necessarily live all its life in such a condition, there are many cases of parasitic mode of life, e.g. the hookworm of man. Similarly an early parasitic development may be followed by the release of adult free – living forms, e.g., the swan – mussel, Anodonta Cygnea. Sometimes the parasitic condition is confined to one sex of a species only, e.g. only the female of the copepod species Lernaea branchialis parasitizes the haddock and then only after mating. In its association with the host, the parasite may be situated externally upon it, either affixed to the superficial tissues, e.g. the tick on a rabbit, or wandering about on its surface, e.g., the flea on a dog or the aphis on the bean. Such parasites, plasmodium, or the wheat rust, puccinia. Between these two conditions, again it is not always easy to decide. How far are gut parasites such as tapeworms actually within the hosts tissues and how deep into the skin must a parasite burrow before it becomes an endoparasite?

When all the possible conditions of parasitism and the wide variety of the forms of parasitic plants and animals are taken into account, it becomes clear that great care should be taken to distinguish between them. So far, a loose usage of the term parasite has tended to neglect this, and has clouded the concept of parasitism to such an extent that included within the range of parasitic organisms on an equal footing, we may find every grade between the purely parasitic Plasmodium for example, and the almost free – living predatory flea. A clarification of the concept might be made if greater attention were focused on the hosts body by regarding it as merely another environment, organic as opposed to inorganic, and classifying the so – called parasites by the ways they have become adapted to it.

There is no doubt that parasites have been derived from – living ancestors. In animals, there is no group of parasites which does not show  clear relationship with free – living forms. Even in those most profoundly modified, such as some protozoans and the Cestoda, we still see clearly the characteristics of their phylum which also includes free – living animals. In plants, excluding the Fungi for the moment, there are very few parasitic representatives. The few outstanding cases, such as Cuscuta and Lathraes, show very clear relationship to a particular family. The Fungi constitute a special case. We can find evidence which appears to relate them to both the Algae and the protozoa. On the other hand, they may have diverged from a common stock which gave rise also to both plants and animals. It is obvious, however, that parasitic fungi have their saprophytic counterparts.

READ MORE:  Use and Effectiveness of Multipurpose Insecticides

The differences which exist between free living organisms and their parasitic relatives may be regarded as due to the adaptations necessary for the conquest of a new environment. In what way the conquest has been made its debatable. There are two possibilities, the direct path from the free – living condition by adaptive changes to the purely parasitic condition, or the indirect path through commensalism to symbiosis and thence to the one – side association of parasites and host. Either case can be argued, but however parasitism arose, certain inter – organism relationships have arisen in which the one has become adjusted to the other with varying degrees of success. In the parasitic relationship, we find the condition in which the adjustments have been made principally by the parasite, so that its host is at a disadvantage. The major adjustments from the free – living condition shown by parasites in general, may be summarized as follows:

1. The parasite has to be able to find all its nutritional requirements in the materials of the host’s body or in the food which the host acquires for itself. In some cases a parasite may utilize a variety of hosts for this purpose: in others, the parasite is so exacting that only a single species can supply the requirements. Generally, the parasite is able to exact its own requirements without killing the host before its own reproductive cycle is completed.

2. The parasite has to be able to form a more or less permanent attachment to the host from which it cannot be dislodged easily either by physical or other means. Internal parasites achieves this constant physical attachment automatically by gaining entry to the tissues or body fluids, but run the risk of being killed by a physiological resistance offered by the host. External parasites, and the gut parasites can be included among these, usually achieve the physical attachment either by affixing themselves to, or burrowing into the superficial tissues, or by being so independently active that they can quickly find a host with which they need form only a temporary attachment during the feeding process.

3. The parasites has to be able to ensure that succeeding generations can find new hosts. This is essential to success on the part of the parasite, particularly where the host is specific to the parasite.

Adaptations and Characteristics of Parasites

In achieving these major adjustments to living conditions in the organic environment, parasites have evolved into types which show numerous divergences from their free – living counterparts. This is particularly noticeable in animals. These variations we may survey under three headings, namely, structural, physiological or metabolic and reproductive.

READ MORE:  Bioremediation As An Alternative in Cleaning Up The Niger Delta

Associated With A Specialized Manner Of Obtaining Food

1. Loss or reduction of powers of locomotion by some parasitic animals, e.g., Fasciola, Taenia, Sacculina

2. Absence or degeneration of feeding organs and sometimes even of the alimentary canal, where feeding is saprozoic, e.g., Taenia, Monocystis, Plasmodium.

Associated With Penetrating Or Maintaining Contact With The Host

1. Development of boring devices to effect entry, e.g., hexacanth tapeworm embryos, many nematodes and many fungi

2. Development of organs of attachment by which to cling securely, e.g., hooks and suckers of Taenia, suckers of Fasciola, “teeth” of the hookworm, tight spirals of Cuscuta, suckers of leeches, claws of biting lice.

Associated With Great Constancy Of The Parasite’s Environment

Note that whilst it is not always the case, parasites as a whole show a tendency towards degeneracy in many directions and this may be bound up with the comparatively permanent and good nutritional conditions an great constancy of the environment from the chemical and physical aspects. Thus feeding mechanisms and digestive tracts are often poorly developed or even absent, osmoregularoty, excretory and respiratory systems under – developed, and the sense – organs of their free – living relatives lost.

Physical or Metabolic Modifications of Parasites

Modifications Associated With Effecting Penetration Of The Host.

READ MORE:  Botflies Are Nasty Parasites That Get Under Your Skin

It should be noted that no parasitic animal has been conclusively proven to be anaerobic.

Modifications Associated With Increased Chances of Successful Dissemination Of Offspring Among New Hosts.

Not all parasites are entirely parasitic for the whole life cycle. Instances have already been mentioned where a parasite may be free – living for part of its life cycle. There are other conditions, notably in plants, where parasitism is only one of two possible modes of life. We may recognize among the fungi, for example, the condition in which the fungus is well able to continue its existence after the death of the host by living as a saprophyte on the dead organic remains. Such fungi are termed facultative or non specialized parasites as distinct from obligate or specialized parasites. The later are characterized by the fact that they can live only in or on living host tissues. Among the higher parasitic plants we find cases where the parasite is known to flourish at its best only when it has formed some organic attachment to another living plant. It may be able to develop from seed, produce chlorophyll and make some kind of autotrophic existence, but if presented with the opportunity, it rapidly establishes contact via its own roots with the roots of neighbouring plants, and from that time flourishes more successfully. Such plants are termed partial parasites and include the eyebright (Euphrasia), lousewort (Pedicularis), yellow rattle (Rhinanthus) and cow – wheat (Melampyrum). The mistletoe (Viscum) is another familiar example, but in its case, continued development from seed can only continue if early penetration of host tissues is accomplished by the young root.

Botflies Are Nasty Parasites That Get Under Your Skin