An oil spill is a release of liquid petroleum into the environment, especially into the ocean, coastal habitats, or soils. Oil spills create a serious threat to marine life and the environment, as they can contaminate drinking water, damage habitats, and cause extensive harm to various species. Here, we take an in-depth look at how oil spills affect marine animals.

Oil spills normally occur due to a range of human activities, including offshore drilling, tankers and pipelines, oil fields, and storage facilities. Spills can also result from natural sources such as volcanic activity, tectonic plate shifts, and seeps. 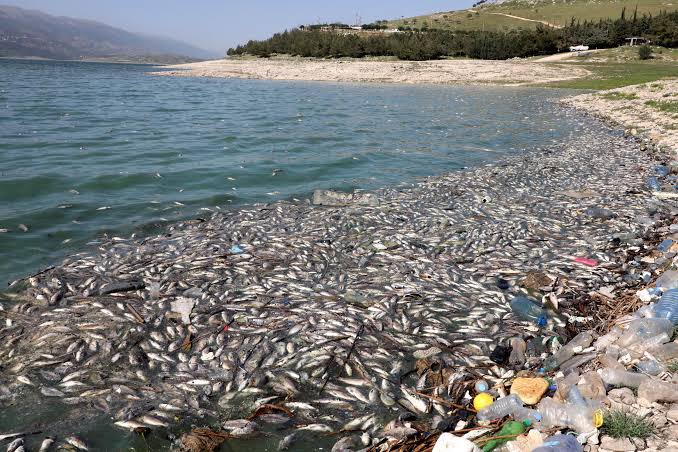 An oil spill can cause major disruption to marine life. Oil from an oil spill spreads on the surface of the water and can coat the feathers, fur, and skin of animals living in the water. As a result, it can affect their ability to regulate body temperature, repel water, or fly. Invertebrates and mammals are particularly at risk as they rely on their fur and skin to protect themselves from predators and parasites. As such, they can become seriously ill and die if they are directly exposed to toxic oil compounds.

Unlike fur or feathers, oil doesn’t break down easily and can persist in the environment for several years. This can lead to long-term problems for marine life, including interference with their feeding and nesting habits, as well as reduced reproductive success. Some species of fish, turtles, and marine habitats won’t survive in oil-contaminated seawater. Additionally, many marine species rely on microscopic food sources that can be killed by the oil slick.

Oil spills are unfortunately a common occurrence that can have devastating impacts on marine and coastal ecosystems. Not only do they harm aquatic life directly, they can damage the environment in the long-term by contaminating the air, water, and soil. This article explains some of the physical, chemical, and biological effects of oil spills on marine life.

They have a wide range of physical effects on marine life. The presence of oil can cause creatures to become entangled in the mess, damaging their skin and gills. Additionally, oil can obscure their vision and reduce their mobility when it coats and blocks gill openings and heaves. Oil, along with its unpleasant odor, can also keep animals from feeding effectively due to a lack of sense of smell and taste.

They also have a major impact on the chemical composition of the water near shore. The presence of petroleum products can cause a decrease in the dissolved oxygen levels due to the increase in bacteria that decompose the oil. This can cause fish to suffocate and die if they cannot move to areas with adequate oxygen. Oil can also produce toxic biodegradation products like nitrites, phenols, and alcohols, which are highly toxic to aquatic life.

They can also disrupt the food chain structure by eliminating the populations of animals that form the base of the food web. This can cause further population decimation as species higher up in the food web, like whales and dolphins, depend on the lower levels to survive. Moreover, oil spills can lead to the spread of disease-causing microorganisms by introducing them into areas that were not previously infected.

Cleaning up the spills

To help minimize the damage caused by oil spills, there are several clean-up methods available. The most common method is to remove the oil with skimmers and other mechanical devices that collect oil from the surface of the water. Oil absorbent materials, such as sawdust or synthetic booms, are also used to contain the oil and stop it from spreading further. In some cases, bioremediation can be used to reduce the toxic impact of an oil spill by introducing bacteria to break down the oil into harmless components.

READ MORE:  A tour of the frontiers of printing

To reduce the risk of oil spills, governments and private organizations have implemented strict laws, regulations, and guidelines. Large oil companies are legally required to have emergency response plans in place to be ready to respond to any oil spill. There are also public education campaigns organized to raise awareness about the risks of oil spills and how to protect the environment from potential spills.

Oil spills can have severe impacts on marine life and the environment, contributing to wide-scale death and destruction. They have physical, chemical, and biological effects, both in the short-term and the long-term. By reducing oil use, we hope to reduce the occurrence and the impacts of oil spills on marine life.