You Are Here: Home » How Does Bluetooth and Near Field Communication Work? 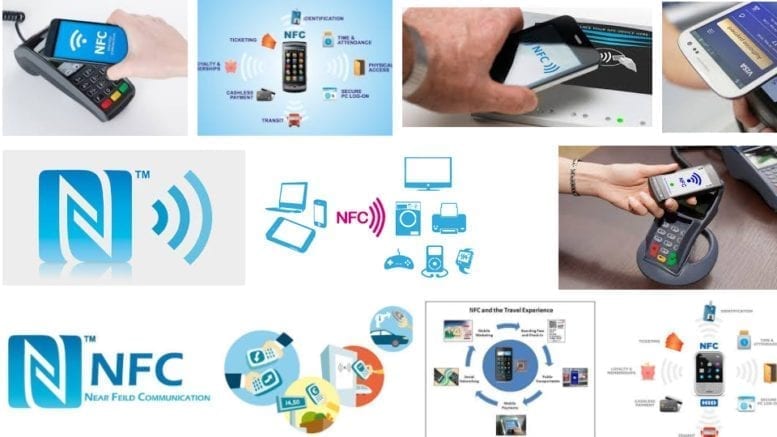 Near field communication(NFC), is an arm of a technology known as radio-frequency identification (RFID) with just the exception that NFC is designed to be used by devices within close proximity to each other. There are three forms of NFC technology that exist. These are: Type A, Type B, and FeliCa. All of these forms are similar but communicate in somewhat slightly different ways. FeliCa technology is commonly found in Japan.

To enhance security, NFC often establishes a secure channel and uses encryption technology when sending sensitive data such as credit card numbers or passwords. Users can then further protect their private data by installing anti-virus software on their smartphones and similar electronic devices and also adding a password to the phone so a miscreant cannot use it when the smartphone is stolen or lost.

How Does Near Field Communication Work?

What is Near Field Communication? This is a technology that is similar to the already existing contactless communications technologies. These technologies also include the contactless swipe cards that are used for creating access control and several other applications and the RFID (Radio Frequency Identification) tags used in the technology of security asset tracking and other similar applications in industrial logistics.

NFC works by using a magnetic induction technology whereby a reader emits a small amount of electric current which then creates a magnetic field that consequently bridges the physical space between the two(or more) devices. That magnetic field is received by a similar coil in the client device where it is subsequently turned back into electrical impulses that communicate data or coded information. The ‘passive’ Near Field Communication tags utilize the energy from the reader to encode their responses while the ‘peer-to-peer’ or ‘active’ tags have their own power source and respond to the reader using their very own electromagnetic fields.

Just like Radio Frequency Identifiaction(RFID), Near Field Communication works in the 13.56MHz radio frequency spectrum and uses below 15mA of power to communicate data over distances that are usually far less than 20cm. Tags can store between 95 and 515 bytes of data and transfer such data at speeds of 106Kb/s 212Kb/s 424Kb/s or 848Kb/s that is enough to move very small pieces of data or information almost instantaneously. This technology is essential in high-volume transport applications.

NFC interfaces are defined in a pair of ISO and ECMA set standards. ISO/IEC 18092 / ECMA-340 has defined communication modes for NFC Interface and Protocol (NFCIP) setting as either active or passive communications modes and the relevant modulation schemes, codings and transfer speeds frame format.

NFC Support for legacy devices could help in a more instantaneous transfer of data between compatible devices. By offering backwards compatibility with ISO/IEC 14443 and Sony FeliCa-compliant contactless payment cards, these new devices(which could be mobile) can, when supported by appropriate software, interact with millions of existing card readers. Interestingly, NFC’s ‘card emulation’ mode makes it appear like a conventional contactless card. Some mobile telecommunication operators have leveraged on the potential for adding Near Field Communication support by equipping mobile SIM cards with ISO/IEC 14443-compliant chips which allows phones to run payment applications by using already existing telecommunication physical infrastructure.

Differences Between Bluetooth and Near Field Communication

Bluetooth is an advanced technology over infrared when it comes to data and information transfer. However, bluetooth is limited by the fact that communicating devices must be paired and those devices must accept the pairing for any form of data transfer to be initiated. However, NFC does not require such pairing and data can be transfered to more than one compatible device at a time. Furthermore, the speed of data transfer is also almost instantaneous making its application very handy in photography, mobile payment processing, military signaling, aviation and medicine.

How to Pair Your Computer with Bluetooth Enabled Devices

Be the first to commenton "How Does Bluetooth and Near Field Communication Work?"