You Are Here: Home » Mycorrhizae and the Physiological Relationships of Fungal Associations 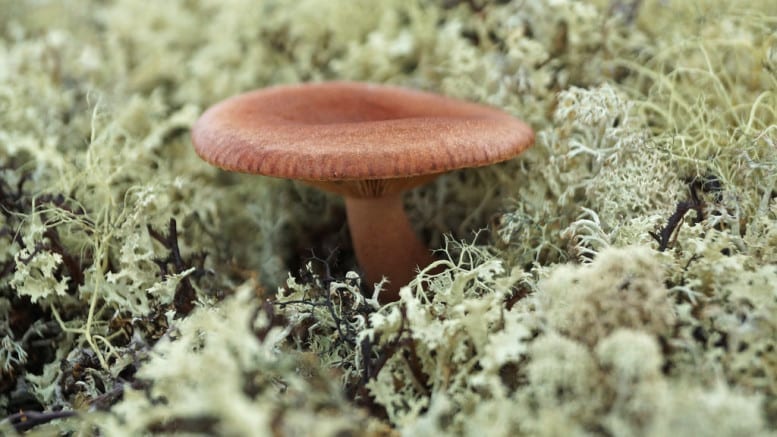 It is not always very easy to account for the physiological relationships between fungal associations or the partners of a mycorrhiza. The precise effects of the association differ in different cases but the general consensus of opinion is to regard them as symbiotic unions. The higher plant at least, appears to benefit almost invariably in those cases investigated. The most outstanding cases of the reliance of the higher plant on the fungus are to be seen in those instances in which the higher plant is unable through lack of chlorophyll to carry out carbon assimilation. The British examples are the orchid Neottia nidus-avis(the bird’s-nest orchid) and the two members of the family, Monotropaceae, Monotropa hypopithys, and Monotropa hypophegea (the bird’s-nests). All perennate as underground rhizomatous structures in moist woodland soil rich in humus.

The rhizomes bear clusters of stumpy roots heavily infected with the fungus. Neottia forms an endotrophic alliance with a Rhizoctonia species whilst Monotropa forms an ectotrophic combination with a similar saprophytic fungus. The evidence of these fungal associations showing that higher plant is relying on the fungus for food is clear. Starch accumulates in the inner digestive zone of the root and this could only have come from the products of the digested fungus which absorbed its nutriment from the organic matter in the soil. Some biologists regard these plants as saprophytes in the sense that they are indirectly converting dead organic matter to their own use, but the condition is one nearer to parasitism by the higher plant on the fungus, and it is difficult to see what advantage the fungus gains from the association. The bird’s-nests and the bird’s-nest orchids are able to produce aerial parts in the form of inflorescences only, and the seed produced can geminate successfully only in the presence of the fungal partner.

Similarly, the seeds of the green orchids and heath plants are unable to develop normally in the absence of the fungus. They are usually very small and often undeveloped themselves, showing lack of food reserves. The fungi undoubtedly supply some of the nutritional requirements in the early stages of the germination. The same seeds can be grown normally in the absence of the fungus, in specially prepared culture media containing sugars, among other organic substances. In the case of the orchids, the fungal association is restricted to the roots and new associations must be formed when the seeds germinate, but in the case of the heathers such as Calluna, the fungus may even extend into the seed coats so that the germinating seeds are almost automatically infected from their earliest development. This is certainly the case in Vaccinium(Whortleberry), in which the embryo itself may contain the fungus.

In the case of the forest trees the evidence shows an advantage gained by the higher plant. Digested fungal hyphae would undoubtedly add to the food material available to the tree, and some experiments have shown conclusively that without the fungus young conifer seedlings often fail to make normally healthy growth, or may even fail to establish themselves.

Another way in which a higher plant may be nutritionally aided by the fungus could be by nitrogen fixation on the part of the latter. Whilst the evidence for this at the moment is inconclusive, it is not outside the bounds of possibility. The fungus Phoma radicus-callunae in association with Calluna vulgaris(common ling) has long been thought to be a nitrogen-fixing fungus. Still another possibility lies in the direct absorption by the higher plant of simple breakdown products of humus as a result of the saprophytic activity of the fungus, whilst still another may be that the presence of the fungal mycelium increases the rate of mineral salt absorption by the root by greatly increasing the absorptive area.

Types of Fungi, their Reproductive and Feeding Mechanisms