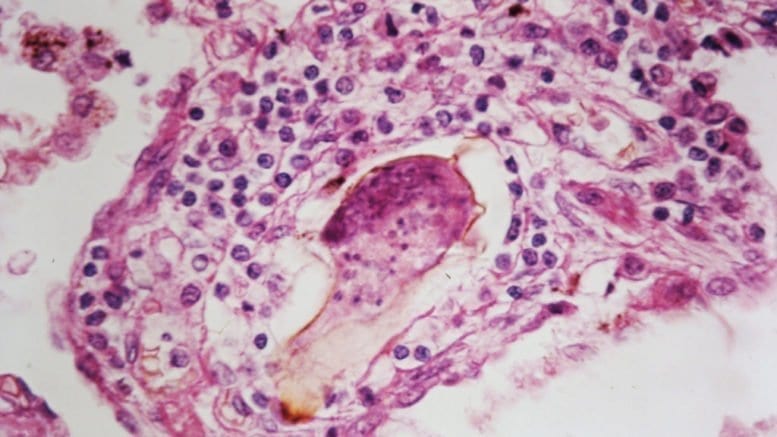 Geographical distribution of Schistosoma Japonicum: These parasite is found in Japan, China, Thailand, Vietnam and The Philippine Islands

Habitat of Schistosoma Japonicum: (a) The adult worms are found in the small veins of the large intestine, particularly in the haemorrhoidal plexuses, but may occur in the gastric, mesenteric and other veins. The parasite occurs, not only in man, but in horses, cattle, buffaloes, pigs, rodents, dogs and cats.

(b)     Eggs are found in faces and infective only to snails.

(d)     The infective cercariae escape from the molluse and have a short free-swimming life in water. They can penetrate the unbroken skin of the final host.

Morphological characters. The alimentary canal resembles that of S. haematobium except that, after primary bifurcation, the two limbs of the intestine reunite, in the male, at a point about three-fifths the length of the worn from the anterior extremity; the common trunk pursues a wavy course to the posterior end of the worm where it terminates blindly.

Male: The male measure a little over 1cm in length and up to 500cm in breadth with a smooth skin.

Female: The female measures about 2 cm in length and has a breadth of about 400cm. The ovary is situated near the middle of the body. The vitelline glands occupy about the posterior half of the worm. The uterus extends from the middle of the body to the genital pore and may contain up to one hundred eggs.

The eggs are shorter, wider, and distinctly smaller than in the other two species, being oval, broad at each, and measuring about 9cm by 70cm. Mature eggs have a minute hook near one pole and to the side; they are passed in feces only.

Life history: The life history is exactly like that of S. haematobium, but the development takes place in various species of Oncomelania. In the case of this trematode, transmission commonly results from the use of unfermented human feces as an agricultural fertilizer on flooded rice fields.

Pathogenicity: Generally resembles that of Schistosoma mansoni but the disease tends to be more acute and more serious because of the greater numbers of eggs deposited in the tissues. In the earlier stages there may be fever, cough, profuse perspiration during the night, vomiting and urticaria. Papillomata form in the wall of the intestine. Subsequently, dysenteric symptoms may supervene, egg, blood, and mucus being passed in the feces; the liver and spleen are greatly enlarged and often haemorrhagic, and there is often progressive cirrhosis of the former organ.

Diagnosis of Schistosoma Japonicum: Based (a) on finding the characteristic eggs in the feces, or (b) on the hatching of miracidia, or (c) on the rectal biopsy test described.

Several more species of schistosomes, which are normally parasitic in other mammals, have been recorded occasionally as human parasites. The most important of these is Schistosoma intercalatum, and server hundred cases of human infection with this worn have been recorded from Zaire. The adult worms are morphologically indistinguishable from those of Schistosoma haematobium, but they parasitize the intestinal venous plexuses of man, not the vesical plexuses, and they cause intestinal schistosomiasis without bladder involvement. The egg of S. intercalatum resembles that of S. haematobium, but it is more elongated and the terminal spine is harper and longer, measuring up to 20cm; the average size of the eggs is 175cm by 60cm. Morphologically similar eggs have been found in the feces of persons from Nigeria and the Cameroon Republic. The vector snails are usually Bulinus (Physopsis) africanus and Bulinus globosus. It has been suggested that Schistosoma intercalatum and Schistosoma matthei are two strains of the same species.

There are also records of human infection with Schistosoma bovis and Schistosoma rodhaini, but the evidence for these is inconclusive.